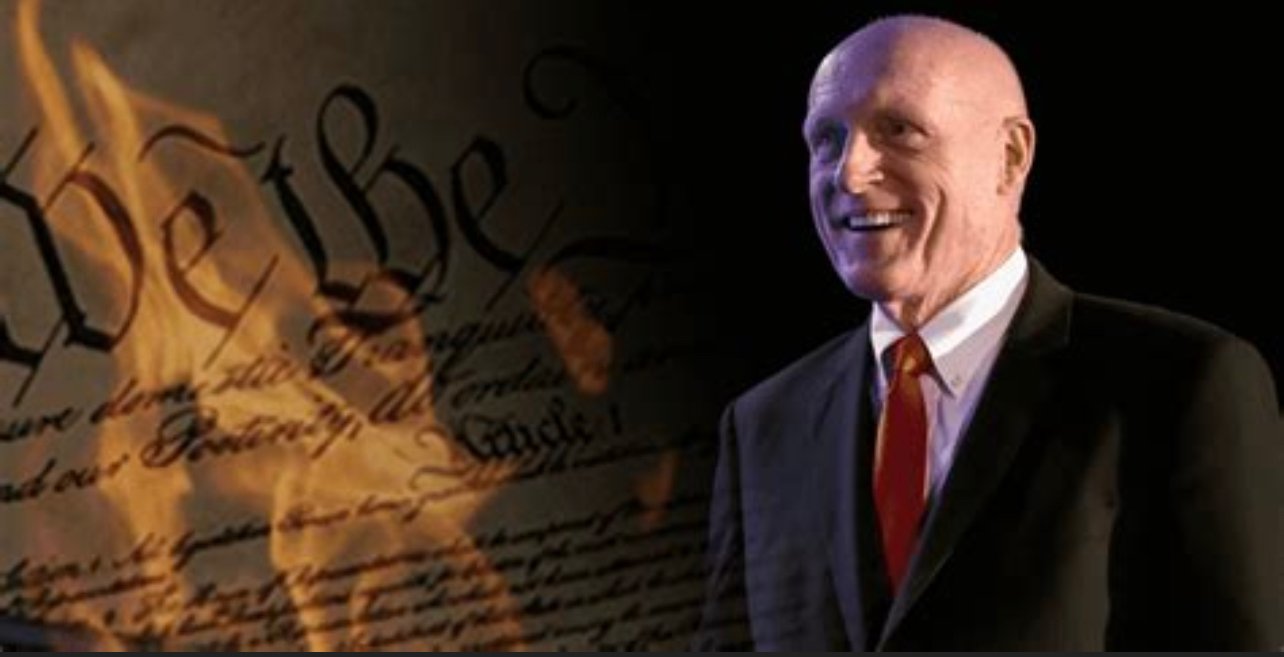 Because the Arizona Senate has failed to vote on and pass time-sensitive House Republican legislation, Rep. Jake Hoffman and Rep. Jacqueline Parker notified House Leadership that they would not be present to vote on the Senate’s bills.

“Both sides need to put their partisan bills up, and we need to send them to the governor because otherwise, we’re going to risk bills dying in a flurry of vetoes like we saw last year,”  Jake Hoffman told The Gateway Pundit.

The Gateway Pundit reported on a critical election bill that Rusty Bowers previously tried to kill in the House and is now being blocked in the Senate.

The Primary election is in August, and the Arizona Senate needs to put these bills to a vote before it’s too late.

EXCLUSIVE: HB 2289: One Day, One Vote, Hand Count, Paper Ballots Is Being Stonewalled In The Arizona Senate – “It’s The Closest Thing To What President Trump Has Asked For.”

Now, he is targeting the members of his own party.

“Representative Parker and I had told leadership on Friday, and then again on Tuesday, that we would not have enough members to pass partisan bills because the Senate hasn’t been putting up the partisan bills from the House. We’ve got ballot Dropbox bans, we’ve got voter registration, and voter roll cleanups. We have lots of good bills over there,” said Hoffman.

Hoffman continued, “We’ve got a bill banning sexually explicit materials in the classroom over there. We had a bill that prohibited government’s requiring masks in their facilities. We had really good partisan bills over in the Senate. So we said, ‘hey, you guys need to do your job. And you need to communicate with the Senate. The House’s partisan bills need to go up.’”

On Tuesday, when Senate bills were on the calendar, the two did not show up because the Senate continues to hold House bills. Hoffman said this was meant to “unclog the logjam preventing critical election integrity bills from being voted on.” Hoffman and Parker had already told Leadership that they weren’t coming and asked them to coordinate with the Senate.

Instead of holding the bills on the calendar, Rusty Bowers decided to “play games” and intentionally put the Republican bills to a vote while members of the Republican caucus were absent. As a result, three bills were almost killed in the House.

“He put up the bills so that they would die so that he could blame us. So he was playing games with the bills just so he could try and make his own members look bad,” said Hoffman. “He’s doing everything he can to try and hurt his own members.”

“They’re not actually dead. We had members who were prepped and primed to change their votes so they could be reconsidered.”

Immediately after trying to kill Republican election integrity bills in the House, Rusty Bowers and Majority Leader Ben Toma held everyone in the chamber. They then tried to come up with a scheme to send armed DPS agents to retrieve Reps. Jake Hoffman and Jacqueline Parker.

Hoffman told us, “The speaker actually does have the power, and the Senate president has the same power, to compel DPS to bring a member that isn’t there back.” However, “after they had been voted down, when he didn’t have the authority to send DPS because remember they weren’t in the third read anymore, he then tried to come up with a way. And so he was like shopping for votes, trying to see if he had the votes to make a motion to send DPS after us.”

In the last session, however, Rusty Bowers refused Republican requests to lawfully send DPS after Democrats who were “intentionally obstructing the business of the House.” He even refused to use House Security to deter the Democrats from leaving before completing their work.

“It’s just lunacy that he would attempt to turn the power of the state against his own Republican members when he has repeatedly refused to even use such force against Democrats,” Hoffman stated.

Rusty Bowers is clearly a RINO Democrat. The establishment dinosaur has served at some point in each of the last four decades.

The Gateway Pundit reported that Bowers will run for Arizona State Senate because he is term-limited out of the House.

“Look, our job here is to pass good legislation. So that means that we need to be putting bills up in both chambers,” Hoffman finished.

This Monday, the Arizona Senate is scheduled to hear eight House bills.

Hoffman recently appeared on The James T. Harris Show to explain how these events unfolded.

Hoffman: I got to ask, what’s going on with old rusty Bowers Speaker of the House sending DPS after and Representative Parker, I believe. What was that about?

Harris: Thanks for having me on James. I have no idea why Rusty Bowers decided to play games like he did with an issue as critical to the future of not only our state, but our country as election integrity. Well, I mean, honestly, maybe we do know why James. I mean, after all, Rusty Bowers has repeatedly said that despite the mountains of evidence to the contrary, the 2020 elections was a perfect election with no irregularity and no chance of fraud. So maybe that’s why he played games with those bills. I don’t know. But the bottom line is that Rusty Bowers and Ben Toma knew that they were missing Republican votes yesterday. Yet they decided to put up election integrity bills anyway so that they would fail. As if playing games with election integrity bills wasn’t bad enough, James. After having torpedoed multiple election integrity measures, Rusty Bowers and Ben Toma then decided to force every single member of the House to sit around for almost an hour while they concocted a plan to try and send armed DPS officers after the two most conservative members of the House, the people who care about election integrity the most. You can’t make this stuff up, honestly. Put this into perspective, James, last year when Democrats all over the country, including right here in Arizona, were weaponizing their legislative attendance to try and kill election integrity legislation when they were running and hiding in an attempt to prevent a quorum. The Conservatives were the ones that asked Rusty Bowers last year to send DPS in a legitimate government role to bring them back to the capitol and he refused to even consider it every single time it was brought up yet when he knew days in advance that he was missing multiple Republican votes rusty Bowers chose to play petty political games with critical election integrity bills and then attempted to wield the power of tyrants to send armed men after his own conservative members to clean up his mess. It’s not a pretty picture, James.

Harris: Are those bills dead Hoffman, or will they come back to life?

Hoffman: The bill that you’re talking about of Senator Townsend’s, that is a very good bill. James, you and I have talked multiple times about the problems with the federal only ballots. I had the citizenship bill that requires proof of citizenship to vote earlier this year that passed out of the House and the Senate and was signed by the Governor. Senator Townsend deserves credit for that bill, and we got to get that bill back on the board. So look, the bills are not dead. That’s the bottom line. We asked the Conservative members to force leadership to reconsider the bill that’s called a motion to reconsider. That means that they’re gonna come back up for a vote in the next two weeks. So we will get those three election integrity bills that they tried to play games with across the finish line. But look, I think the moral of the story and James you hit on it in your question: We as a society have to ask ourselves, do we want to entrust this much unbridled power to people who have been wielding the power of government for nearly 40 years? Rusty Bowers has been in office for four decades. ‘In the in’ of four decades since 1996. And now, despite Arizona’s term limit laws, is running for yet another term in the Senate. We have to ask ourselves as a society, is that how our system of government is supposed to work? Do we want people who are willing to play games with the most critical issues of the day, serving not only in roles of leadership but serving an office for 40 plus years, which is what we’re about to come up on in terms of Rusty Bowers? So I mean look, the voters of Legislative District ten, they’ve got a choice to make.