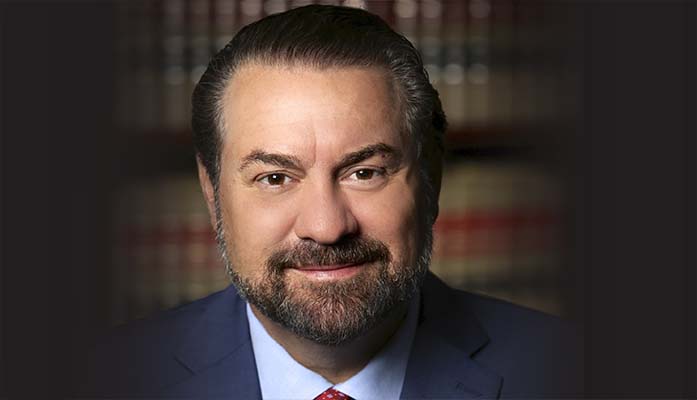 In May, a criminal charge of perjury was dismissed against former Cochise County prosecutor Sandy Russell at the request of the Arizona Attorney General’s Office (AGO). Now, Attorney General Mark Brnovich is being sued for the failure of his staff to release certain public records to Russell.

The lawsuit filed last month in Maricopa County Superior Court stems from several documents Russell personally requested from the AGO on March 4 while she was being prosecuted. Among the items Russell sought under Arizona’s public records law (ARS 39-128) was the personnel file of Assistant Attorney General Todd Lawson, who was prosecuting Russell at the time in connection with her 2020 campaign for a seat on the Cochise County Superior Court.

Russell’s records request also sought documentation of how Brnovich trains his criminal investigators, as well as copies of various AGO internal policies. And she wanted copies of all email communications Investigator William Knuth exchanged with “any person” in connection with Russell’s case.

In addition, Russell sought a copy of the complaint which began the AGO’s investigation of Russell stemming from her decision to vote in May 2016 in Georgia where she kept a home. Russell declared on a Cochise County candidate form that she was a resident of Arizona at that time, a statement which withstood an election challenge prior to the 2020 General Election.

Russell’s public records request was acknowledged by the AGO on March 7. But days later, Lawson notified Russell’s criminal defense attorney that the AGO did not believe it was required to respond to Russell’s records request because it related to her own criminal prosecution.

The legal position taken by Brnovich’s office is that a citizen of Arizona loses their rights provided under Arizona’s public records law if the person is the subject of criminal prosecution. It is a position Lawson restated in a May 9 letter after

Lawson further explained the AGO’s position that the State’s “obligation” to disclose materials to a defendant during a criminal case is governed solely by a court rule, which he argues trumps the long-standing state law dealing with public records.

“The rules do not permit a defendant to have every single record in the State’s possession,” he argued to Bloom, citing a 1993 Arizona Court of Appeals decision in Carpenter v. Superior Court. The Lawson letter also suggests anyone other than Russell would have a greater legal right at that time to the records Russell requested.

The May 9 letter to Bloom was sent as the judge presiding over Russell’s criminal prosecution was in the process of dismissing the perjury charge. Bloom was told the AGO was “collecting and processing the materials subject to request, ensuring that all legally appropriate redactions are completed before the records are provided to your client.”

The lawsuit also disputes the reliance by Brnovich’s office on Carpenter v. Superior Court to deny an otherwise proper public records request. Bloom goes on to cite several more recent Arizona court decisions in arguing that “a citizen’s right to obtain public records is not limited in any way by the fact that the citizen may be involved in pending litigation” against a public entity.

Russell’s lawsuit seeks a court order for the immediate release of the public records she requested in March. It also seeks an award of attorney’s fees to Bloom and damages to Russell, along with “such other and further relief this Court shall deem appropriate.”

The AGO was formally served the lawsuit on July 27, from which Brnovich has 20 days to file a formal answer with the Judge Joan Sinclair.

EDITOR NOTE: Bloom represented this reporter in a 15-month public records challenge after the Cochise County Board of Supervisors refused to release a legal services agreement with a private attorney paid by taxpayer funds. A judge ordered the county to turn over the four-page document and pay Bloom’s attorney’s fees and court costs which exceeded $14,000.