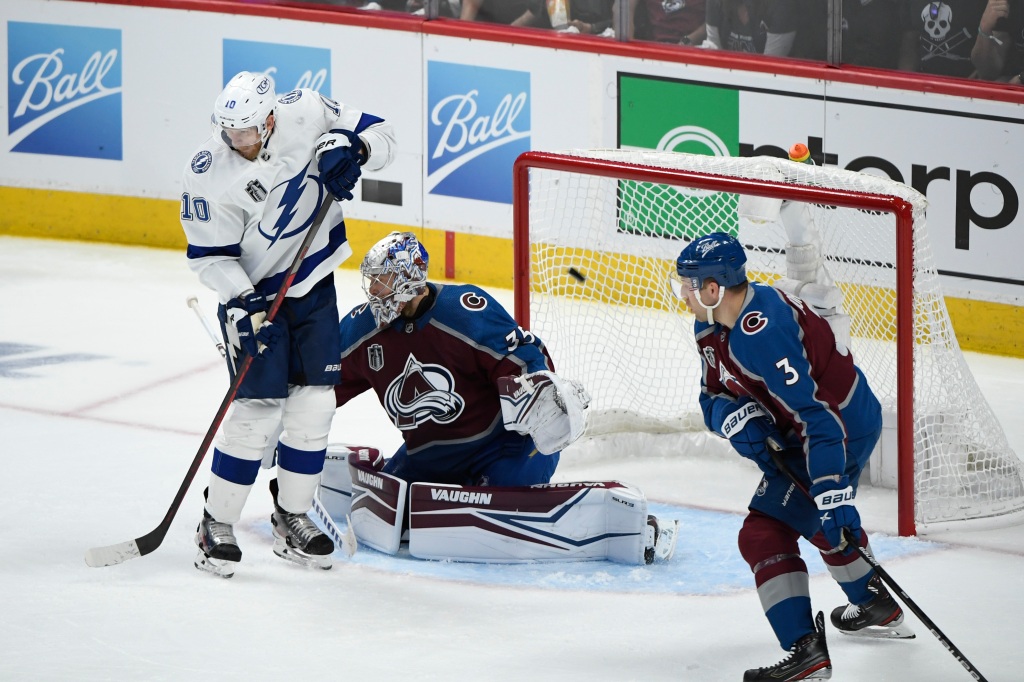 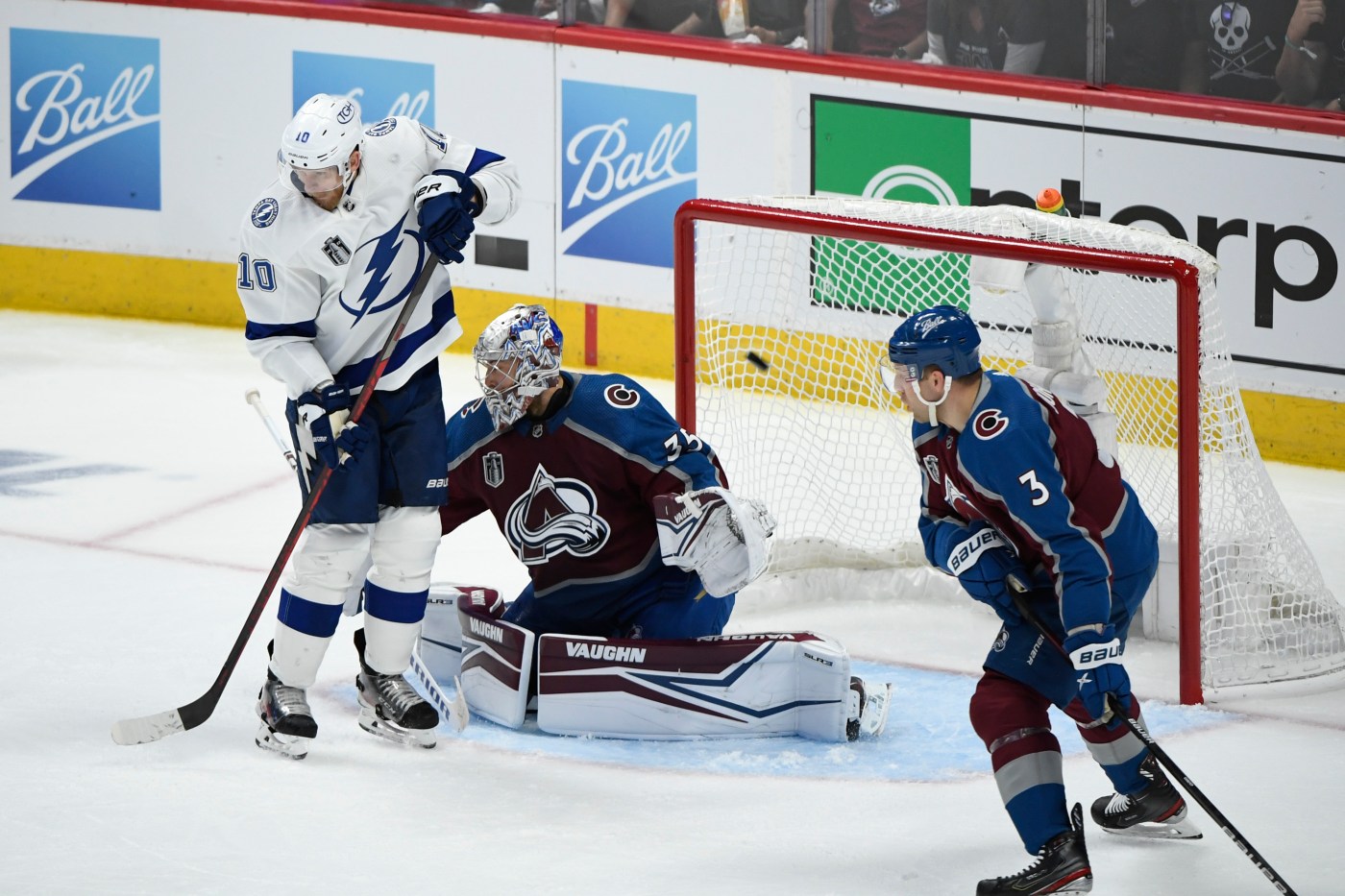 Now ain’t that a disgusting development?

“It’s not supposed to be easy,” Avalanche captain Gabe Landeskog said Friday night. “And it’s not going to be easy.”

Instead of hoisting the Stanley Cup, the Avs were forced to pack their bags for a trip back to that slush bowl of an ice rink in steamy Florida, after the Lightning staved off elimination from the championship series with a 3-2 victory.

“We didn’t have a choice,” Lightning captain Steven Stamkos said. “It’s do-or-die for us.”

The only way Tampa Bay can win this championship series is if goaltender Andrei Vasilevskiy and coach Jon Cooper steal it.

The Avs are clearly superior in every facet of hockey except perhaps where it counts the most: between the pipes and on the bench.

Colorado outshot Tampa Bay 37-29 and dominated control of the puck throughout much of Game 5. Vasilevskiy, however, refused to flinch. And Avalanche goalie Darcy Kuemper reminded us again his glove hand and his five hole just might be the two weakest links in the Avalanche’s championship dream.

With left wing Ondrej Palat inexplicably left alone by the Colorado defense to unfurl a picnic blanket in the slot, he beat Kuemper with a blast between the goalie’s legs for the game-winning goal at 13 minutes, 38 seconds into the third period.

“They created a shot there that squeezes through Kuemps,” Landeskog said.

After a strong performance in Game 4, Is Darcy doing Darcy things again? Let’s hope not.

The first goal Kuemper surrendered, a big bomb from far outside by Tampa Bay defenseman Jan Rutta late in the first period, was soft, a knuckler misplayed by his glove hand.

“You don’t want to let any goals in,” Kuemper said. “But it happens.”

For those of you keeping score at home, Colorado players have a 3-0 advantage against the Lightning. Defenseman Cale Makar, who should be the no-doubt MVP of the playoffs should the Avalanche prevail in this series, had a hand in both Colorado scores, with a goal and assist.

In the battle of wits among coaches, however, there’s a distinct 2-0 advantage for Cooper over Jared Bednar.

As you might recall, a gutsy replay challenge was key to Tampa Bay’s first victory in the series. And my old pal Scotty Bowman would be impressed how Cooper played every aspect of an elimination game like a Stradivarius.

Think Cooper is a shameless whiner? Well, you wouldn’t be wrong. But you’d also be missing the point. Go ahead and bash Cooper. The coach is playing chess on ice, messing with your head. Cooper is a grandmaster of gamesmanship.

For two minutes and 11 seconds in front of a microphone after a 3-2 loss pushed the defending champs to the brink of elimination, Cooper stammered, pouted, huffed and puffed, summoning crocodile tears, suggesting Nazem Kadri scored in overtime with too many Avalanche players on the ice.

“You’re going to see what I mean when you see the winning goal,” Cooper insisted. “And my heart breaks for the players. Because we probably should be playing.”

Know what I think? Cooper knew every word he uttered was a big, white lie. But he gave an Oscar-worthy performance before storming out of the news conference, smug in the knowledge he had already planted seeds in the heads of the on-ice officials that could be in charge of policing Game 5.

And the devious plan of Cooper worked. The zebras allowed Tampa Bay to treat Nathan MacKinnon like a rag doll in game 5,  allowing Patrick Maroon to get away with assault and battery. Nevertheless, the Avs spent 10 minutes in the penalty box, while the Lightning spent only six minutes in the sin bin.

On a night when they could’ve won the Cup, the Avs didn’t come out ready to play.

And whose fault is that, coach?

Needing only one victory in the final two games of this series to claim the Cup, it’s no time for the Avalanche to panic.

The Lightning locker room, however, is populated with gamers who will not quit until their last gasp.