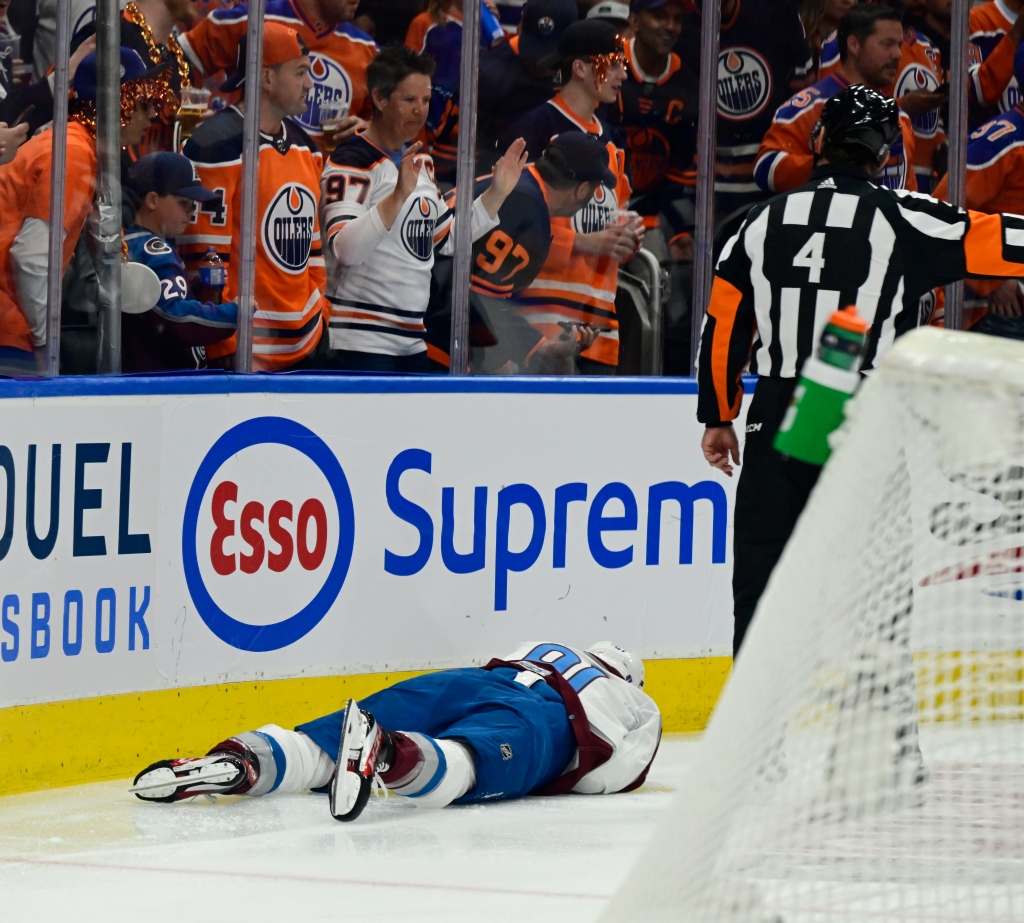 Oilers winger Evander Kane was effective in Game 1 when  he played hockey. Since then, he’s been undisciplined. He spent chunks of Game 2 running around looking to hit Avalanche defenseman Cale Makar (mostly unsuccessfully). And only 66 seconds into Game 3, shortly after Connor McDavid staked Edmonton to a 1-0 lead, Kane was called for a five-minute boarding major on the Avs’ Nazem Kadri, a reckless-and-dangerous hit that sent Kadri to the locker room for examination; he did not return and was ruled out for at least the rest of this series. The Avalanche couldn’t take advantage, though, failing to score during the power play. Kane should have been ejected from the game (he wasn’t) and should be suspended for Game 4.

During the St. Louis series, Avs captain Gabe Landeskog called teammate Valeri Nichushkin a “train.” The train was rolling in Game 3. The Avalanche’s first even-strength shot on goal didn’t come until 16:12 of the first period. Nichushkin, nearly at the goal-line to the right of goalie Mike Smith, fired a shot toward the net that deflected off Oilers defenseman Darnell Nurse and past Smith. At 4:37 of the second, defenseman Devon Toews’ slap shot hit traffic and caromed to Nichushkin in the slot and he one-timed it through the legs of Oilers defenseman Evan Bouchard and past Smith for the 2-1 lead. It was Nichushkin’s second career multi-goal playoff game. He was later robbed twice by Smith.

A team with as much offensive skill as the Avalanche should not being skunked on the power play. Down 1-0, the Avs had a five-minute major to tie it up. Nothing. Up 2-1 late in the second, it had two minutes to double their lead. Nothing. And still up 2-1 early in the third, it had two minutes to stomp on the Oilers’ soul. Nothing. Granted, losing Kadri on his initial shift forced coach Jared Bednar to improvise, using J.T. Compher or Artturi Lehkonen with the first unit. But even though the shot chart suggested pressure on the Oilers (15 shots on the first four power plays), the Avs need to regroup and figure out ways to get more high-quality chances.