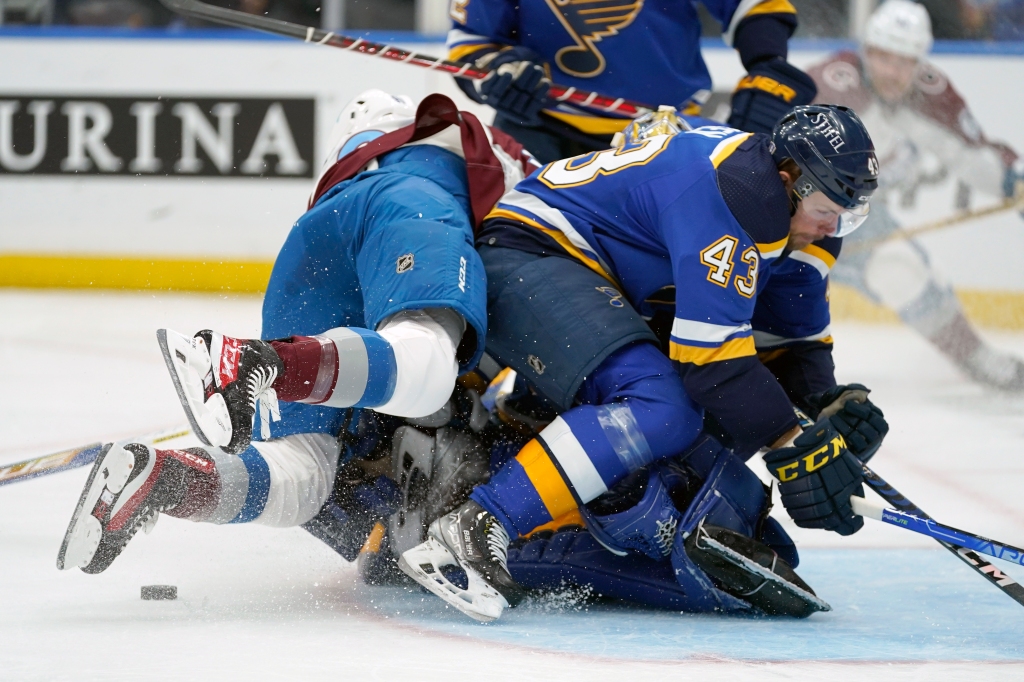 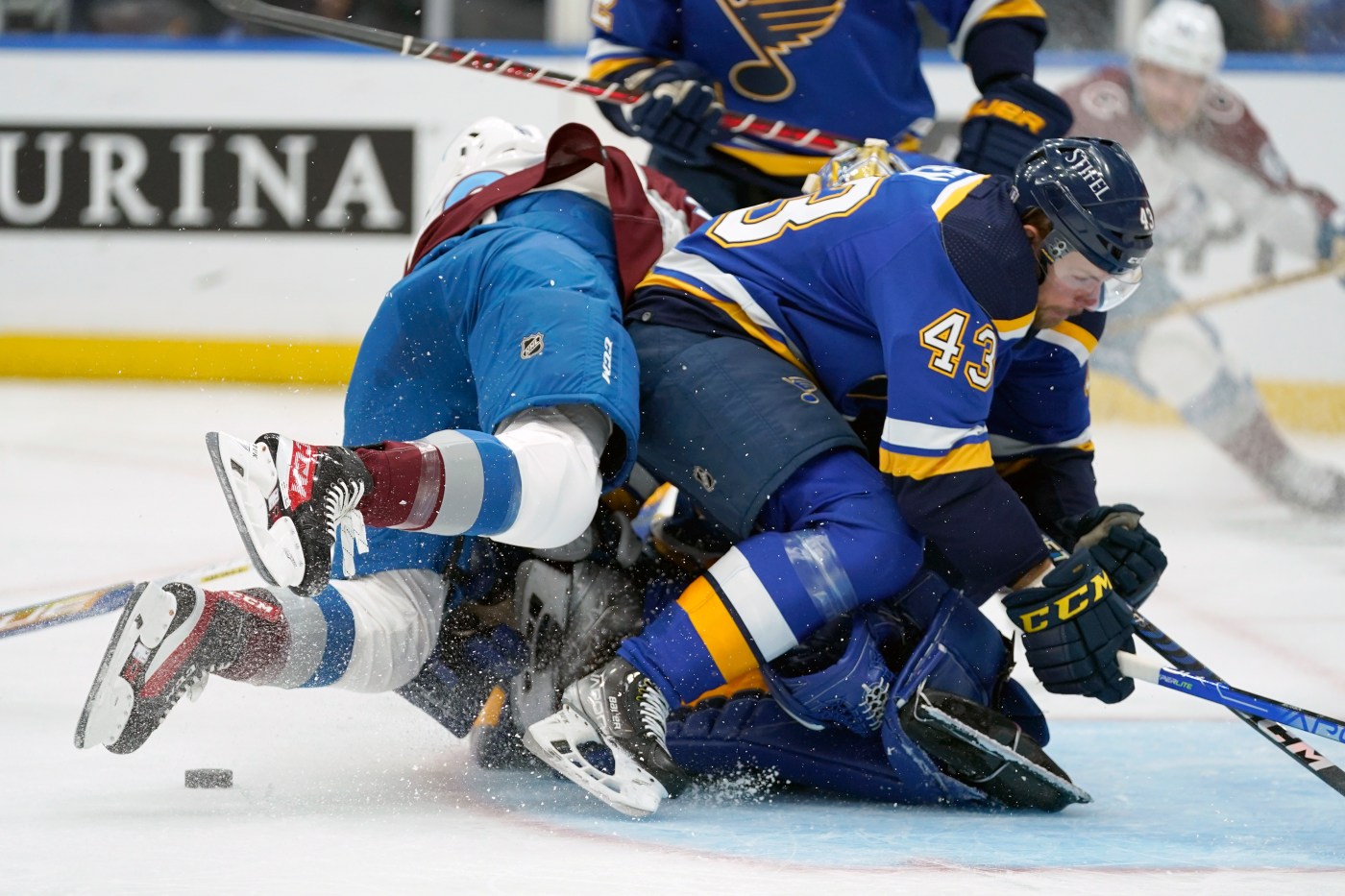 Kadri wasn’t exactly sure it was Binnington with the chuck, but multiple witnesses identified the thrower as the Blues goalie, who left early in Game 3 after sustaining an apparent leg injury in a collision with Kadri.

Binnington may have blamed Kadri for his injury. Kadri and Blues defenseman Calle Rosen were battling for the puck in front of the crease and both collided with the goalie.

Kadri was booed by the crowd the rest of the way — before and after he scored and assisted on second-period goals that gave Colorado a 3-1 lead en route to a 5-2 victory.

Kadri isn’t liked in St. Louis stemming from his check-to-the-head of Blues defenseman Justin Faulk in last year’s playoffs. Faulk sustained a concussion and missed the final two games of the series that Colorado swept. Kadri was suspended for eight games — missing the entire second-round series against the Vegas Golden Knights.

Asked about the play after the game, Blues coach Craig Berube insinuated the play might have crossed the line.

“Look at Kadri’s reputation, that’s all I have to say,” Berube said.

Avalanche coach Jared Bednar fired back when asked to respond to Berube’s comment, saying that both players were clearly going for a loose puck. “Reputation has nothing to do with it.”

“Not sure if he just threw a water bottle at me” 😳

Nazem Kadri appears to have a water bottle thrown at him while discussing the collision with Binnington 🔎 pic.twitter.com/6XLbAdxEEm