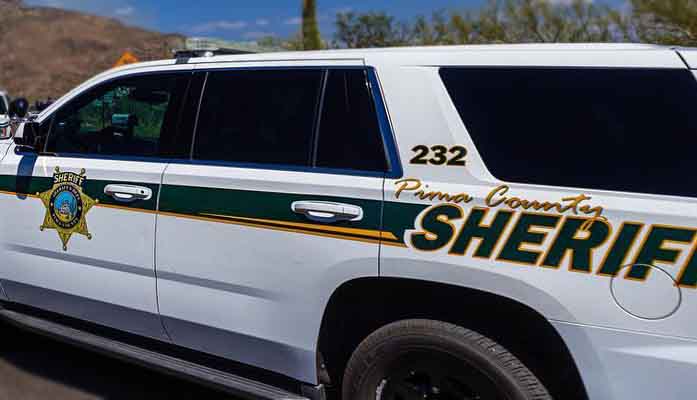 The Pima County Sheriff’s Department has released footage connected with a deadly shooting last month in Catalina that took the life of 16-year-old James Sanchez.

On June 21st, 2022 shortly after 11:30 p.m., deputies responded to the 3500 block of Silver Buckle Place in reference to a shooting. Initial information provided by the 9-1-1 caller was his friend had been shot at a park and he was transporting him to a hospital. James Sanchez, succumbed to his injuries. The suspects fled the scene prior to deputies arrival.

New video released shows the suspects prior to the events.

The suspects are described as:

First suspect is seen wearing no mask, grey shirt, and dark colored jeans along with a longboard.

Third suspect is wearing a black shirt, white shoes, white basketball shoes and a red shirt over his face.

Homicide detectives are continuing the investigation and are asking for assistance in identifying five suspects. Anyone with information about this incident is asked to call 9-1-1. You can also submit an anonymous tip to 88crime, with the potential for reward, by text or phone call to 88crime (520-882-7463), or by going to 88CRIME.org.