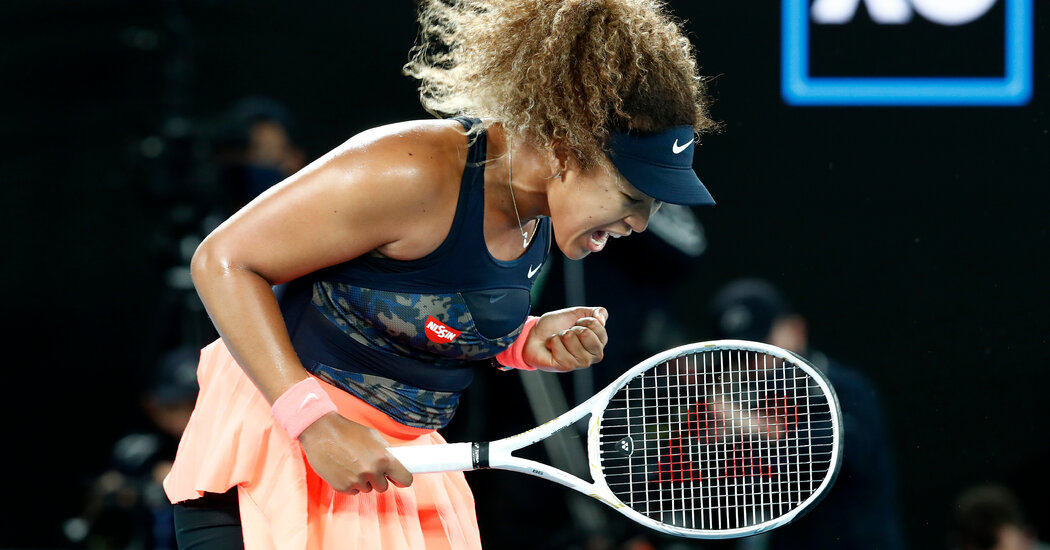 MELBOURNE, Australia — Naomi Osaka remained undefeated in Grand Slam finals with a 6-4, 6-3 victory over Jennifer Brady at the Australian Open on Saturday.

Osaka, 23, became the first woman to win her first four Grand Slam finals since Monica Seles did it in 1990 and 1991 on her way to nine total championships.

Osaka won the first set after Brady missed an open chance to inch ahead and serve for the set. In the second, Osaka seized control with a 4-0 lead and held on for the championship.

Osaka, who also won the 2019 Australian Open, now has a streak of 21 match victories, which has come over a stretch of 53 weeks and includes a championship run at the United States Open, where she defeated Victoria Azarenka in three sets in the final.

Osaka’s most recent loss, to Sara Sorribes Tormo of Spain in a Fed Cup qualifier last February, came before the coronavirus pandemic shut down the tennis season for five months.

Brady, a 25-year-old American, was making her first appearance in a Grand Slam final, about five months after losing to Osaka in a hard-fought semifinal at the U.S. Open. A member of U.C.L.A.’s 2014 national championship team, Brady became the first woman with collegiate experience in this tournament’s final since 1983. She was trying to become the first to win the title since Barbara Jordan of Stanford did so in 1979.

Brady, who was outside the top 50 at the start of 2020, entered the tournament ranked 24th in the world, and after her run at Melbourne Park, she will vault to No. 13.

The third-ranked Osaka, who represents Japan in competition, will move to No. 2, behind the Australian Ashleigh Barty, who fell in the quarterfinals. Osaka spent long stretches of 2019 at No. 1.

Her path to the final in Melbourne included five opponents currently ranked in the top 50, including the 23-time Grand Slam singles champion Serena Williams, whom she beat in straight sets in the semifinals. Osaka rebounded from the brink of defeat in the fourth round, where she faced Garbiñe Muguruza and staved off two match points in a 6-4, 4-6, 7-5 victory. She dropped just 11 games in her next two matches on the way to the final.

Among active players, only two women have more Grand Slam titles than Osaka: Williams and her sister Venus, with seven. Osaka’s championships have all come on hardcourts, starting with her victory at the 2018 U.S. Open, where she beat Serena Williams in straight sets in the final.

Asked before Saturday’s match to explain her perfect record in the finals, Osaka described the championship match as “the biggest fight” and said: “I think I fight the hardest in the finals. I think that’s where you sort of set yourself apart.”