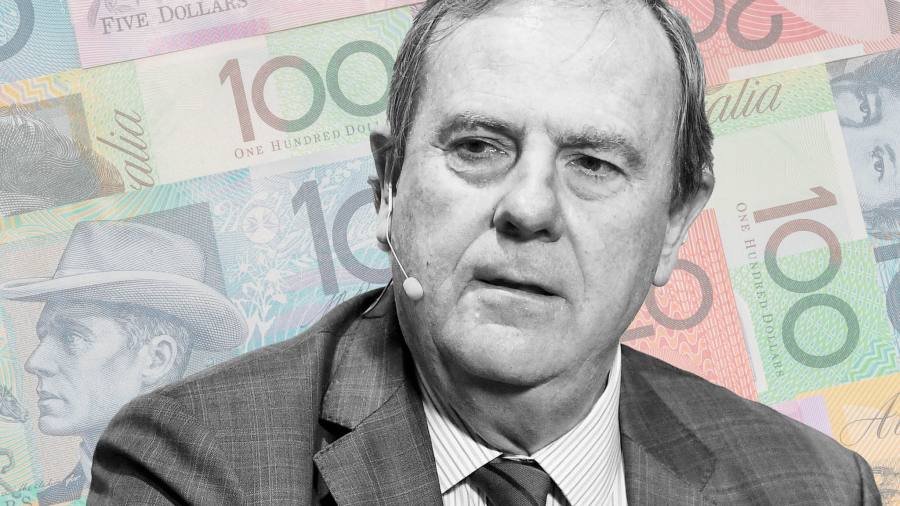 The world’s big central banks are fuelling a bubble in technology stocks that will lead to a “clean-out” on global equity markets, the chairman of Australia’s $135bn sovereign wealth fund has warned.

Rock-bottom interest rates and bond-buying programmes put in place to cushion the impact of the pandemic last year have left economies and markets vulnerable to a shock, Peter Costello said in an interview.

His comments come as investors around the world have started to worry how long central banks will hold down interest rates in the event of rising inflation as the global economy recovers from coronavirus. These nerves have weighed on equity markets and hit government bond prices, pushing up yields from the US to Australia.

“What worries me is having expended all of their firepower, there is not much left for the next crisis, and there will be another crisis,” said Costello, a former Australian treasurer who heads the Future Fund, the country’s 15-year-old A$171bn (US$135bn) sovereign wealth fund.

“I am worried that we have unsustainable asset prices in some areas and when those asset prices fall — when the correction comes — what firepower have the central banks got left then? Nothing.”

Reflecting those concerns, the Future Fund increased its cash holdings last year, taking the level to 20 per cent in December, up from 17 per cent in June, according to its annual performance statement. This conservative approach dented the fund’s performance in 2020 despite the market recovery, with investment returns of 1.7 per cent — well below its 4.4 per cent target. Global stocks rallied nearly 12 per cent last year.

Technology stocks listed in the US looked particularly vulnerable to a correction because many of these companies were unprofitable, said Costello, warning of a pullback similar to the bursting of the dotcom bubble in 2001.

Bank of America’s latest investor survey this month highlighted the bullish backdrop, revealing that average cash reserves were at an eight-year low of 3.8 per cent. A record number of polled fund managers admitted that they were taking more than their usual amount of risks in markets.

But investors’ growing concerns over inflation have been reflected in a recent rise in bond yields, with those in Australia having risen particularly quickly. The country’s economy has benefited from its commercial links to China, where growth has already returned to pre-coronavirus levels. Ten-year Australian yields are at 1.64 per cent — the highest in two years — but the sell-off has been broad based across highly rated government debt.

Given the level of government and central bank support and signs that the global economy could enjoy a post-pandemic boom, “it’s not surprising that more investors are worried about another inflationary accident”, the bond investment group Pimco said in a note on Wednesday.

US tech stocks have proven particularly sensitive to the recent global fixed income market reversal. The tech-heavy Nasdaq 100 index has slipped about 5 per cent from its record high last week.

Policymakers around the world are aware that rising yields could push up borrowing costs at a delicate economic juncture and are reluctant to raise interest rates. Most big central banks have focused on assuaging any fears they might pare back monetary stimulus to temper the risks of a more severe market tantrum.

Federal Reserve chair Jay Powell told Congress this week that although the outlook was brightening, the US central bank intended to maintain its heavy support of the economy.

Christine Lagarde, president of the European Central Bank, has stressed that the continent’s rate-setters are “closely monitoring” the bond reversal.

The Reserve Bank of Australia this month said it would add A$100bn to its bond-buying programme. Philip Lowe, RBA governor, said he did not think economic conditions would support an increase in interest rates “until 2024, at the earliest”. He added that inflation would need to hit the central bank’s target range of 2-3 per cent before it would change course. The rate stands at under 1 per cent.

But the Future Fund’s Costello said he believed asset prices could become unsustainable and inflation could take off before 2024, forcing the RBA to act. “Anyone who thinks they know what the conditions of the economy will be in three years’ time is kidding themselves,” he said.

California’s warning to the Republican party

Letters to the editor Sept. 16