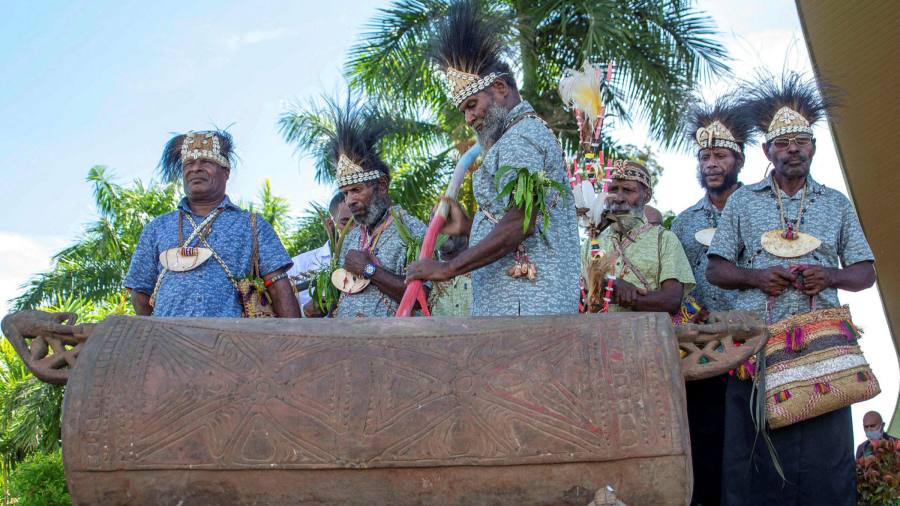 Australia has appealed to the EU to reject “vaccine protectionism” and allow the export of 1m doses of the Oxford/AstraZeneca jab to address a Covid-19 emergency in Papua New Guinea.

Canberra said on Wednesday that the governments of PNG and Australia would make a formal request to AstraZeneca and European authorities to allocate 1m doses of Australia’s contracted supplies for distribution in PNG, one of the world’s poorest and most remote nations.

The initiative followed a warning this week from James Marape, PNG prime minister, of a looming public health catastrophe in the country because of a “staggering” increase in Covid-19 cases. He said the infection rate could soon reach “one person to every three or four” and clog the health system.

Canberra has suspended commercial flights to and from PNG and is sending medical supplies, personal protective equipment and 8,000 Covid-19 vaccine doses to inoculate health staff.

In a direct appeal to the EU, which this month blocked a shipment of vaccines to Australia amid concerns about its own supplies, Morrison urged the bloc to allow the export of shots contracted by Canberra to aid PNG.

“Those [1m doses of] vaccines and their deployment would therefore, I think, be following through on the very public statements that have been made in the European Union about their commitment to ensure there is no vaccine protectionism and that vaccines do go to those most in need,” Morrison said.

Australia has continued with its rollout of the Oxford/AstraZeneca vaccine despite several EU nations pausing their immunisation programmes over concerns of potential side-effects, particularly blood clots.

Italy’s decision to block a shipment of vaccines to Australia on the basis that it was a “non-vulnerable country” has provoked concern in Canberra, which has pledged to support efforts to vaccinate Pacific nations as well as its own residents.

Strict quarantine rules and remote geographical locations had saved Pacific nations from the worst of the pandemic. But PNG, a country with a population of about 9m, has experienced a recent surge in cases — a threat underlined this month by the death of the deputy head of the country’s pandemic response.

Of the most recent 500 swabs taken from PNG residents by Australian health workers, 250 came back positive, according to Queensland health officials.

Jonathan Pryke, an analyst at the Lowy Institute, a Sydney-based think-tank, said the outbreak in PNG posed a huge risk for a nation with only 500 doctors and 4,000 nurses.

“Almost a third of staff at the main hospital in Port Moresby, the nerve centre for the entire country, have Covid. They cannot be replaced if they die from this disease and must be vaccinated immediately,” he said.

Pryke added that the health crisis could quickly morph into an economic crisis if expatriate staff in the hugely important mining industry evacuated en masse.