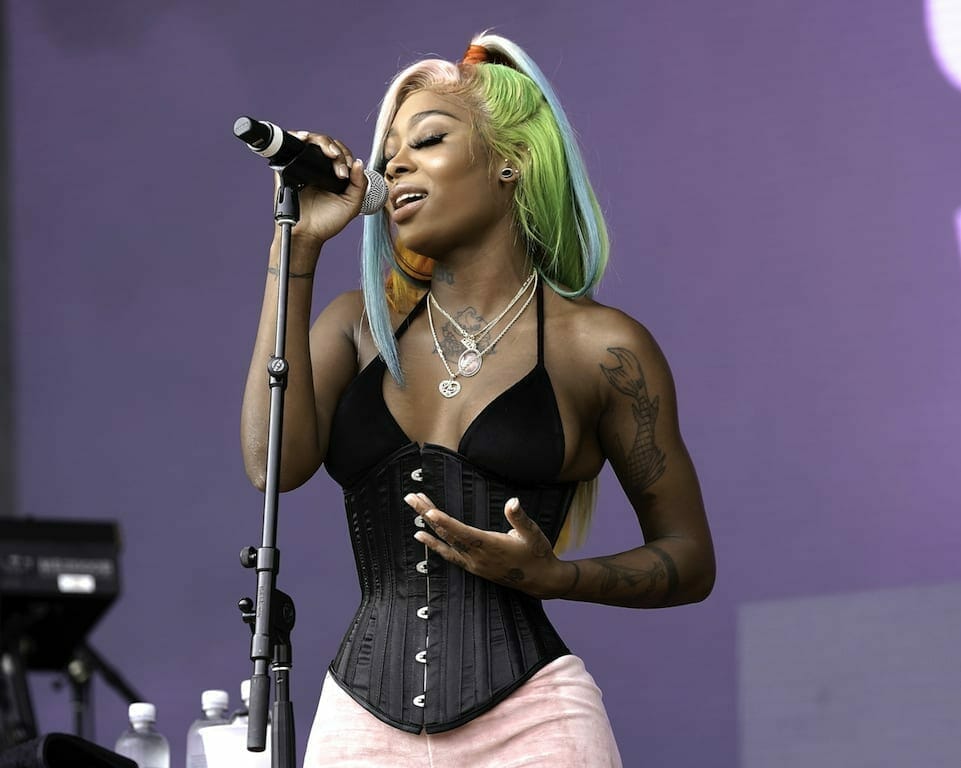 Faye Webster has spent much of her early career success balancing on a tightrope strung between musical contradictions. Her work is both delicate and daring. It’s symphonic but subtle. That’s evident here in this grandiose but somehow still supremely intimate outing. During these recording sessions with a 24-piece orchestra led by conductor Trey Pollard, Webster was moved to tears, telling Pitchfork, “I was so distracted in how beautiful the orchestra sounded I would forget to sing sometimes.”

Directed by Sean Valdivieso and recorded at Spacebomb Studios, Webster and her team shot this video to promote the brand new Car Therapy Sessions EP, which was released today. The EP features reworked songs from Webster’s previous albums, I Know I’m Funny Haha and Atlanta Millionaires Club. Be sure to catch Webster performing live in Atlanta this weekend at the Shaky Knees Festival before she embarks on tour with Haim for the rest of the year.

The soulful singer, who just this month celebrated reaching the ripe old age of 26, has been on a significant winning streak since the November release of her most recent album, Still Over It (a follow-up to 2019’s smash debut Over It).

According to Billboard, this song is her 18th track to climb the charts, which ties Walker with Taylor Swift for the standing record for the most songs by a female artist to appear on the “Hot 100″ streaming list concurrently. (Incidentally, when her album hit last fall, she trounced none other than Swedish pop legends ABBA to claim the peak spot on the charts.) The video features sensational costumes from Israeli designer Alon Livné, who has also worked with Beyoncé, Naomi Campbell, Miley Cyrus and Lady Gaga.

But as ethereal, surreal, and luminous as this video’s images are, the lyrics burn with the pain and anger of cutting betrayal, which she told Revolt TV is all very real: “It’s still a fresh wound.” With lyrics like: “If I did it all again / I would give like ten percent / You deserve like half of that / I’ma need my money back.” But even as her songs emanate deep heartache, loss and betrayal, the victory is undeniable.

The Nightporters: “One Step Closer”

Sure, their name may have faded from current day Atlanta concert-goers’ minds, but during the Nightporters’ heyday, they were one of the city’s most widely sought and celebrated new-wave punk bands. The band still carries plenty of clout for those with a hankering to uncover hidden rock history.

As Browne recalled in an Atlanta magazine deep dive almost a decade ago, “Every punk, every rocker, every artist, and every dancer came to that particular area to live. It was like a whole Warholian-like mixture in a block in Midtown Atlanta.”

By the early aughts, the band began once again to hold annual reunion shows at venues like Star Bar and Echo Lounge. And thank goodness, since this 2003 live clip, our Vintage Track of the Week, is one of the few live video remnants out there — a fact which, in many ways, only enhances their true punk credentials.