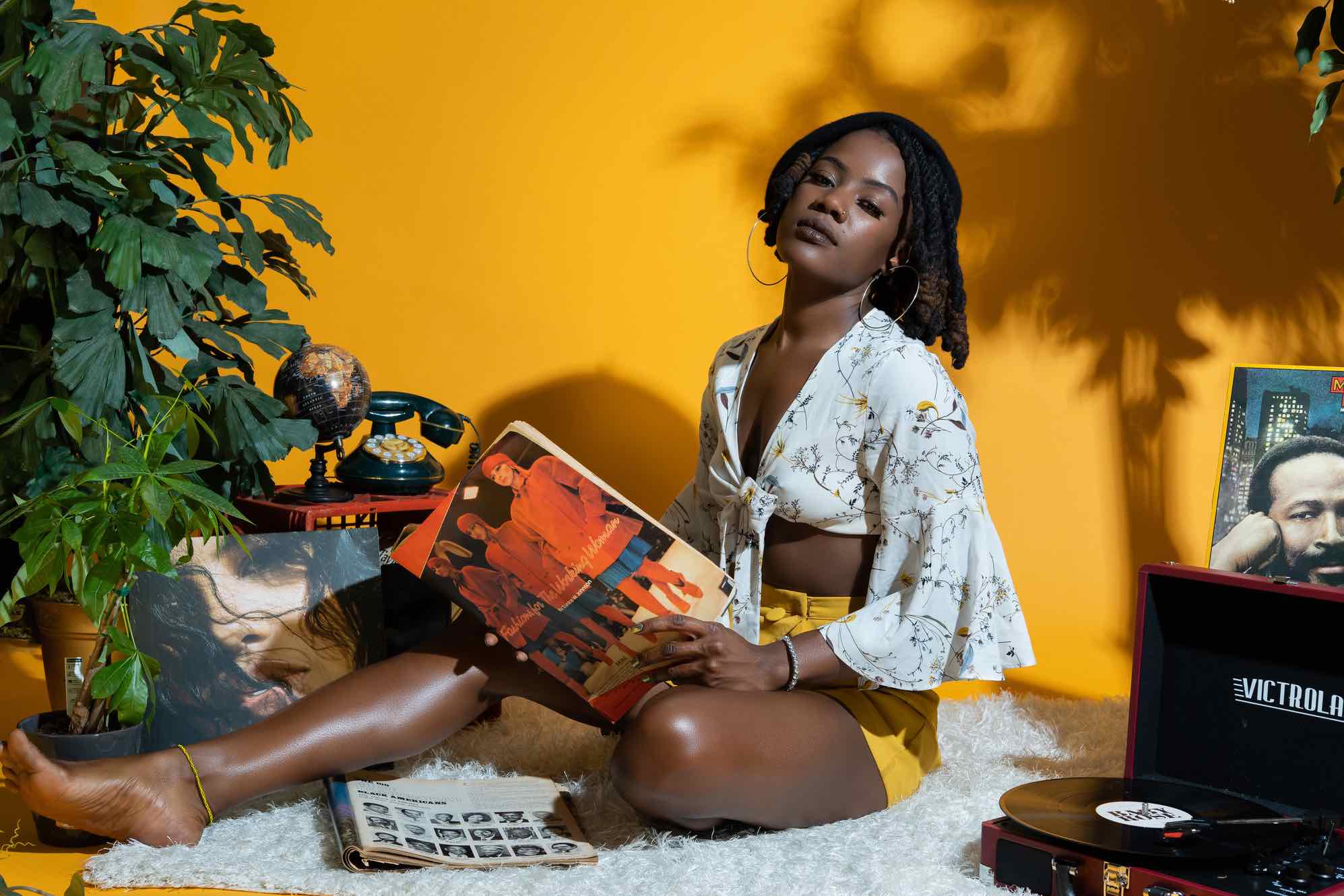 Lola Ladae’ | “You Deserve It”

St. Louis native turned ATL indie up-and-comer Lola Ladae’ almost followed a different path. After studying animal science in college, she nearly pursued a career as a veterinarian and even started her own pet-sitting business, Lola’s Love 4 Paws. Thankfully for our ears, though, she went with the music, playing bass with The TxLips and then steadily gaining momentum as a solo R&B vocalist with her debut single, “Angela,” in 2020 and last year’s “In The Kitchen.”

She also launched an artist collective called The Basement Unplugged in 2019, for which she and her partner, Hustle, launched a new event space earlier this year, Hustle & Lo Studios. When interviewed by Vocalo Radio in Chicago about this latest song, and the music video she directed, she said that it’s about making peace with a breakup and telling oneself, “I have let go, I am not bitter and I am honestly happy for whatever you decide to do in your life . . . you just can never have me back.”

Lee Bains + The Glory Fires | “The Battle of Atlanta”

In a recent interview with Bitter Southerner, singer/songwriter Lee Bains cited Howard Zinn’s A People’s History of the United States as a significant source of inspiration. And it’s no wonder. In many ways, that’s what he begins to do with Atlanta through the lyrics of this song. With surgical precision, Bains stitches together the many tensions in our city’s identity, from income inequality and the disappearance of affordable housing to the rich smells and tastes of our food to the too-often unsung and un-memorialized history of this city’s heroes.

There are nods to the 19th-century washerwomen strike and the Summerhill protests against police brutality of the 1960s (which, yes, are hauntingly relevant today). There’s a shout to Taylor Alxndr with Southern Fried Queer Pride. There’s also an acknowledgment of how vast swaths of largely Black-owned homes in the 1960s and ‘80s were destroyed to build stadiums for the Atlanta Braves (a team that then abandoned its Atlanta home altogether in favor of Cobb County).

As with much of Bains’ writing, these truths arrive through poetic tapestry: “In a dark corner of the museum / Far from the blazing corporate campaign of a city too busy to hate / A silver photo shows a multitude swelling the sweet black avenue  / Where now the rents are like to make you faint.” This marks the third single that Lee Bains + The Glory Fires has ahead of the release of the album Old Time Folks, which officially drops today. The band is on tour and will return to home turf on August 27 with a show at The Earl.

Bankhead rapper Kilo Ali was only 17 years old in 1990 when he released his debut album. Fast forward 32 years, and that album, and this song, got a jolt of fresh interest this week thanks to Queen Bey herself, who sampled this song, our Vintage Track of the Week, on her similarly titled “America Has a Problem,” produced by Atlanta native The-Dream. It’s part of Beyoncé’s epic new album, Renaissance, her first studio album since the 2016 masterpiece, Lemonade.

In 1997, Ali worked with Big Boi from OutKast to produce the hilariously direct and risqué “Love In Ya Mouth,” which was a huge hit. Unfortunately, things took a gargantuan downturn from there. In 2005, Ali was convicted of burning down his own house and sentenced to 15 years in prison. He served six of those years before getting an early release in 2011. And since returning to normal life, the main headlines he seems to have garnered have been around a lawsuit he brought last year against NLE Choppa for copyright infringement.

It’s unclear how Ali feels about this sudden catapult back into the fame stratosphere, thanks to one of the most powerful and successful pop icons of all time. But, hey, given that we’ve already lived through a year in which Kate Bush suddenly became Number 1 on the Billboard charts thanks to Stranger Things, anything is possible.