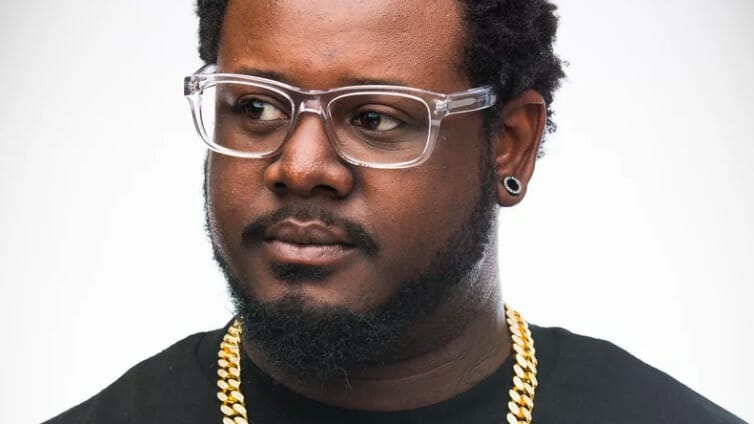 Tiny Banshee | “Dead in a Ditch”

With its relentless refrain of revenge and its adrenaline-soaked, guitar-shredding tornado of rock, “Dead in a Ditch” blows in like a punk descendent of Alanis Morissette’s “You Oughta Know.” Tiny Banshee delivers a cathartic howl with the lyrics, “You should’ve called it quits before you stole a kiss.” The band is back after a dormant period during the pandemic.

Frontperson Marisa Williams spoke with Georgia Public Broadcasting in January about the difficulties that have plagued (pun intended) performers throughout the ups and downs of the ongoing global health crisis.

She ultimately expressed tentative optimism about coming back to performing live, predicting an impending boom in creative output. “After influenza swept through the country 100 years ago, entertainment exploded because people wanted to experience the world with each other again. I think we’re in a similar spot now,” she said.

Here’s someone who needs no introduction. Unless you’ve been under a rock for the last almost two decades of his career (and he’s still under 40!), you for sure know at least one thing about Faheem Rasheed Najm, aka Grammy-winning singer and producer T-Pain aka the man who — love it or hate it — helped to popularize the use of Auto-Tune in pop music. Although he was born in Florida and sometimes gets labeled by non-ATL media as a “Tallahassee artist,” T-Pain does call Atlanta home (although, technically, he resides OTP in Roswell . . . okay, Omeretta?)

This song was released on T-Pain’s own record label and has already spurred some energetic performances, like the one shown here on the The Late Late Show With James Corden in May, clad in a bright red suit and coordinated cowboy hat.

The man doesn’t just sling verses, though. He also has the voice of an angel. In more recent years, this resulted in his coronation as the very first winner of the bizarre but popular competitive reality show The Masked Singer. It was a show he neither expected to win nor even make it through the full eight weeks of shooting. As he told the Atlanta Journal-Constitution last year, “I was definitely super drunk when I agreed to do that.”

If you’ve ever driven along the somewhat drab, monotonous stretch of I-20 that runs from Augusta to Atlanta, it might not immediately strike you as a source of poetic inspiration. But for the song’s co-writer Wyatt Durrette of Zac Brown Band, which formed in 2002, that’s just what it did. Durrette became accustomed to making the trek back and forth to visit his son after he and his wife divorced.

The initial draft he presented to co-writing partner Zac Brown, with its themes of fatherhood, family, and the pain of change, resonated deeply with his co-writing friend and bandmate, whose parents had divorced. “(Brown) saw the other side, so it wasn’t a hard song for him to help me write,” Durrette said.

The band continues to pull each other through tough times as they rally around multi-instrumentalist and founding member John Driskell Hopkins, who recently announced that he had been diagnosed with ALS.

With this song’s tender lyrics, Brown’s moving vocal delivery and that silken violin, it’s easy to see why this song beat out other more well-recognized radio hits like his Alan Jackson duet “As She’s Walking Away” for the number one spot on Billboard‘s list of best Zac Brown songs. It’s also why this was a shoo-in for Vintage Track of the Week.

In Our Own Words: Eleanor Neal, mixed-media artist

Big Ten votes to welcome USC, UCLA into conference in 2024