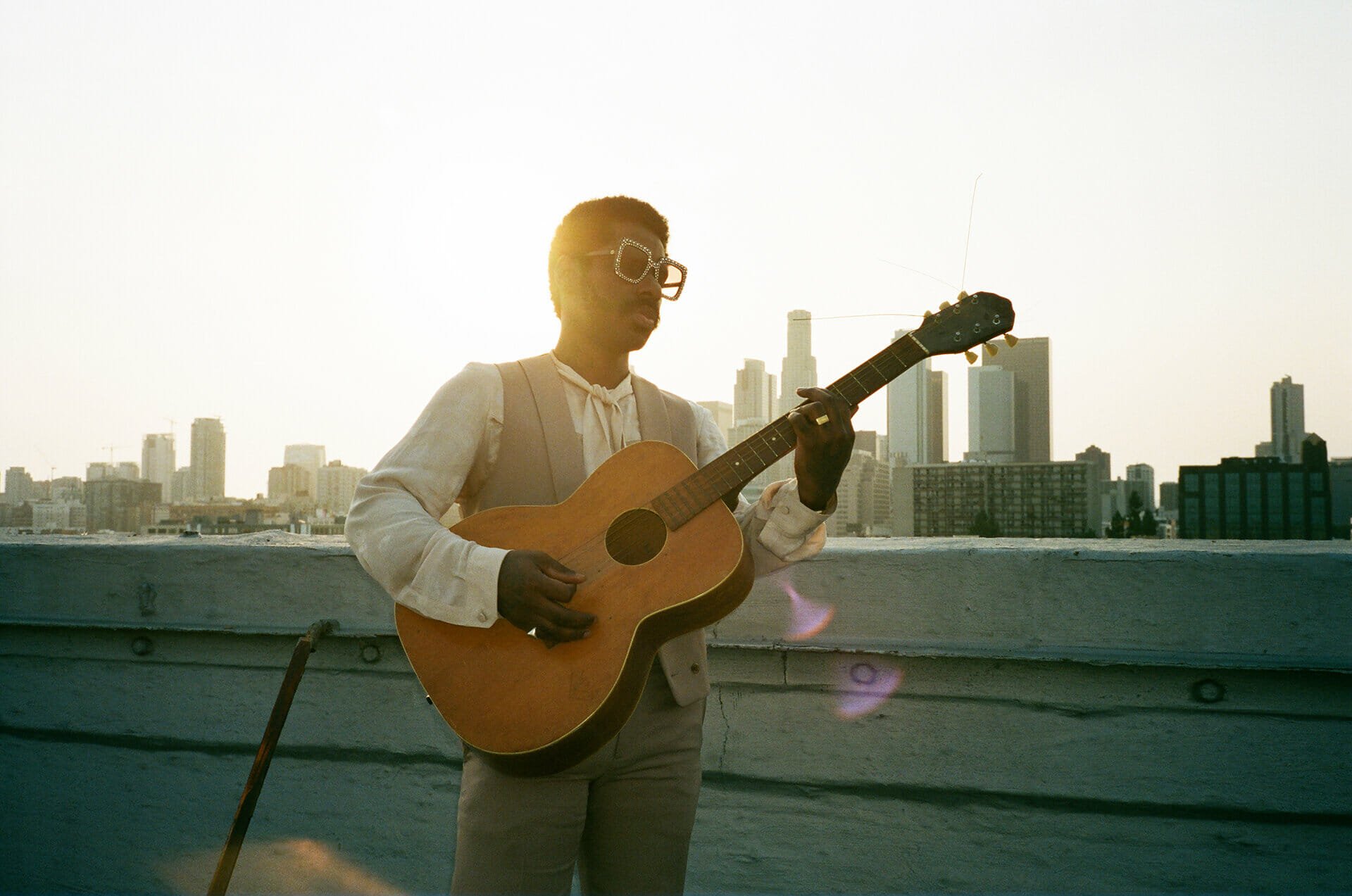 Curtis Harding | “With You”

Since we last checked in with psychedelic soul singer and accomplished guitarist Curtis Harding this past February, he has continued building off the momentum of his latest album, If Words Were Flowers. The new track, more subdued than previous singles and complemented by this surreal and sexy video directed by Rebecca Knox, comes from that collection of songs, which dropped in November 2021. Flowers was the first full-length follow-up to Harding’s critically lauded 2017 sophomore project Face Your Fear.

It’s shaping up to be a busy summer for the Michigan-born, Atlanta-raised musician. After celebrating his 43rd birthday in June, he plans to embark in July and August through the European leg of his tour. He has stops in Spain, France and Germany before he returns stateside for the THING Festival in Washington state.

Although he hails from one state over, Lee Bains III, the Birmingham-bred frontman for “Southern punk” band The Glory Fires, now calls Atlanta home base for his signature blend of music, poetry and activism. This song comes from The Glory Fires’ upcoming new album, Old-Time Folks, which has already drummed up soaring expectations. It has been a decent wait since their last effort, 2017’s Youth Detention.

Bains recently told Rolling Stone he took a new approach to the work, giving the album more of a call-and-response feel. “All the punk bands I tended to like [growing up] were always the ones you could sing along to,” he said. “I’ve been listening to a lot of music that felt like it did that: inviting people into ideas that might be challenging or subversive.”

The band worked on the album with Drive-By Truckers producer David Barbe, recording in Athens. As a “side gig,” you might say, Bains’ poems have also appeared in The New Yorker. For that magazine, former Emory professor and acclaimed poet Kevin Young compared Bains’ Southern food-centered verse sequence, “Work Lunch,” to the work of Lawrence Ferlinghetti, extolling Bains’ gift for finding “a feast of contradiction” in all he captures.

On May 12, we lost singer Ben Moore, who spent his later years recording five award-winning albums with the Blind Boys of Alabama. The Atlanta-born soul stirrer had a decades-spanning, genre-crossing career. Moore was born in 1941 to a family already rooted in musical clout — his father performed with the gospel group Echoes of Zion. Moore began singing and playing guitar as a teenager, playing with their family band. According to Moore’s obituary in Rolling Stone, a young Martin Luther King Jr. would have been in the audience at some of those early gigs.

By the 1970s, already established in his career, Moore met James Purify of the duo James and Bobby Purify, whose biggest hit was 1966’s “I’m Your Puppet.” This encounter led to Moore replacing the original “Bobby” of the group, assuming the mantle of “Bobby II” (and if you immediately thought of Little Shop of Horrors, you’re not alone). He and Purify even re-recorded “I’m Your Puppet” in 1976, and in some ways, the redux may be the superior version.

Sadly, there aren’t many live performances of him as “Bobby II,” but what we do have is this Seals and Crofts cover, our Vintage Track of the Week, recorded around the same time as Bobby II. As cheesy and odd as the setup of this performance is, Moore gamely glides along each smooth and silky note, demonstrating that he’s eons better than the material he was working on at that point.

In the ensuing years, some worthy moments of success peppered his career. In 1983, he was nominated for a Grammy but lost to none other than the Rev. Al Green (a not-bad person to compete with). Thankfully, once Moore found his way to the Blind Boys of Alabama at the turn of the millennium, he would get to sweeten his legacy with one final, glorious layer.