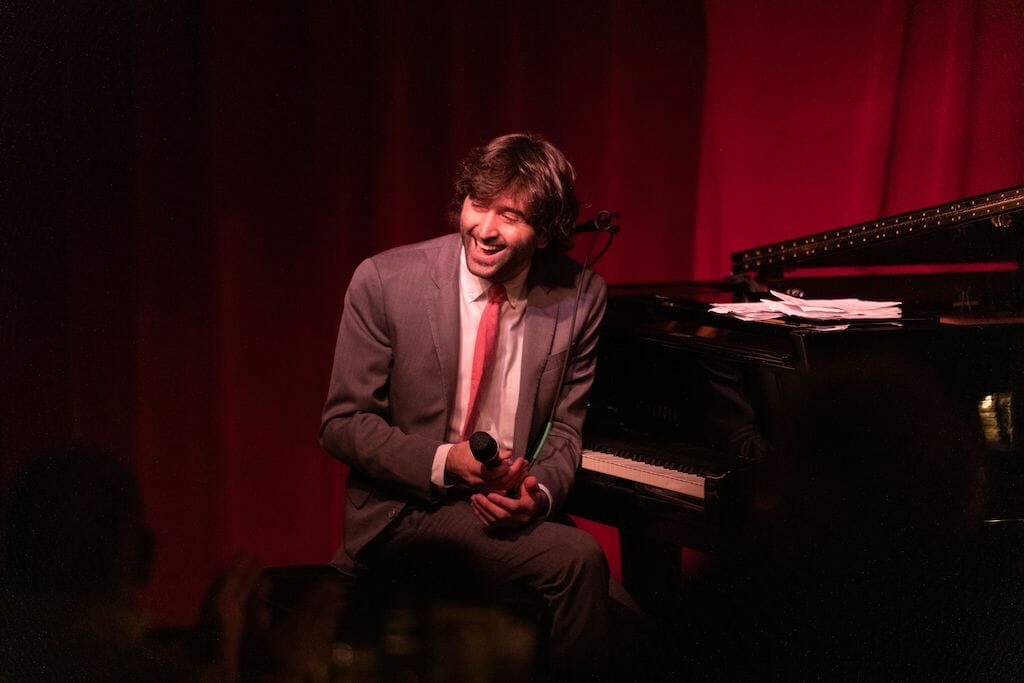 When Joe Alterman was first launching his career as a jazz pianist in 2012, he opened a concert at the Blue Note club in New York City for one of his heroes: Les McCann, best known for the protest anthem “Compared To What.”

“I became obsessed with his music in college,” says Alterman. “Les was doing all the things my teachers were saying not to do. Listening to him gave me the confidence to be me. I was very lucky to be asked to open a concert for him.”

Before the show, Alterman lingered on stage after his sound check in the hopes of meeting McCann. He was sitting at the piano when McCann rolled in sitting in a wheelchair. He came up to Alterman on stage and said, “Play me some blues.”

The young pianist obliged, and that moment sparked a deep friendship between the two that continues to this day. The jazz icon has also become one of Alterman’s biggest fans. “When I heard Joe play, I felt the way I did when I first met Miles [Davis],” says McCann. “He’s on a ‘blow your mind’ level.”

Alterman, 33, who grew up in Atlanta and still lives here, is one of the featured performers at this weekend’s three-day Atlanta Jazz Festival headlined by Herbie Hancock, Kenny Barron and Julie Dexter. George Benson was originally scheduled to perform, but had to drop out.

After being canceled in 2020 due to the pandemic and then pushed back to Labor Day weekend in 2021, the festival returns to its traditional Memorial Day slot at Piedmont Park Saturday, Sunday and Monday. The festival, hosted by the City of Atlanta Mayor’s Office of Cultural Affairs, is free.

In addition, the festival is hosting the “31 Days of Jazz” program at various venues around the city throughout May and June.

This year marks Alterman’s first mainstage appearance at the Jazz Fest. He will perform Sunday at 1 p.m., joined by Kevin Smith on bass and Justin Chesarek on drums. “It’s really special,” he says. “I grew up going to this festival. It’s influenced me. I remember seeing Donald Byrd and Freddy Cole and Barry Harris and so many others.”

He began to play piano in kindergarten, then fell under the spell of such jazz pianists as Oscar Peterson, Ramsey Lewis and Ahmad Jamal. Alterman studied at New York University and learned that his hometown jazz celebration had a long reach. “When I was in New York, people talked about this festival,” he says. “It makes me proud to be from Atlanta.”

His sixth album, The Upside of Down, was recorded live at the fabled Birdland jazz club in New York City, and released last August. ArtsATL said, “His music is vibrant and fresh, instantly as modern as it is retro.” In JazzWax, Marc Myers wrote, “Joe has reached a new maturity as an artist and the results are quite exciting.”

Alterman has picked up ringing endorsements from several legendary figures as a rising major voice in jazz piano, including Ahmad Jamal and Ramsey Lewis. Jamal called him “a special artist.” Lewis says Alterman is “an inspiration to me . . . His piano playing, his will to explore and his ability to swing, is a joy to behold.”

The young pianist has forged relationships with many of his jazz elders, absorbing their stories and picking up tips to incorporate into his own style. But his relationship with McCann has evolved into a deep friendship. McCann, 86, is battling health issues that forced his retirement and the two of them talk by phone several times a week. McCann is bedridden and lives in an extended-stay care facility in California.

“Joe’s music is from the soul; it’s real,” McCann says. “It makes you feel joyous and happy. There’s something emanating from him to you.”

The jazz elder has regaled Alterman with stories about his career and his gigs in Atlanta. McCann and activist Stokely Carmichael, for example, integrated the Atlanta chapter of the YMCA during one tour stop. And he has fond memories of performing at La Carousel, the jazz club opened by Paschal’s Restaurant when it served as the unofficial home of the civil rights movement. “Paschal’s was my favorite place to play in Atlanta,” says McCann. “It was a great place. My fans were there and it had the greatest food . . . oh my God!”

McCann has impressed upon Alterman that music is a journey of self-discovery. “He loves to impress on me what it means to have a gift,” says Alterman. “He says, the gift is in you, it’s not the piano; it’s you. Being friends with Les is one of the great blessings of my life. I’ve learned so much from him.”

“Knowing Joe is one of the great moments in my life,” McCann says. “I’m so thankful. He makes me smile every day.”

Scott Freeman is executive editor of ArtsATL. He is the author of four books, including the best-selling Midnight Riders: The Story of the Allman Brothers Band (which is in development for a feature film) and Otis! The Otis Redding Story. He has worked as an editor at Atlanta magazine and Creative Loafing. He was a reporter for the Macon Telegraph and News, as well as The Providence Journal.