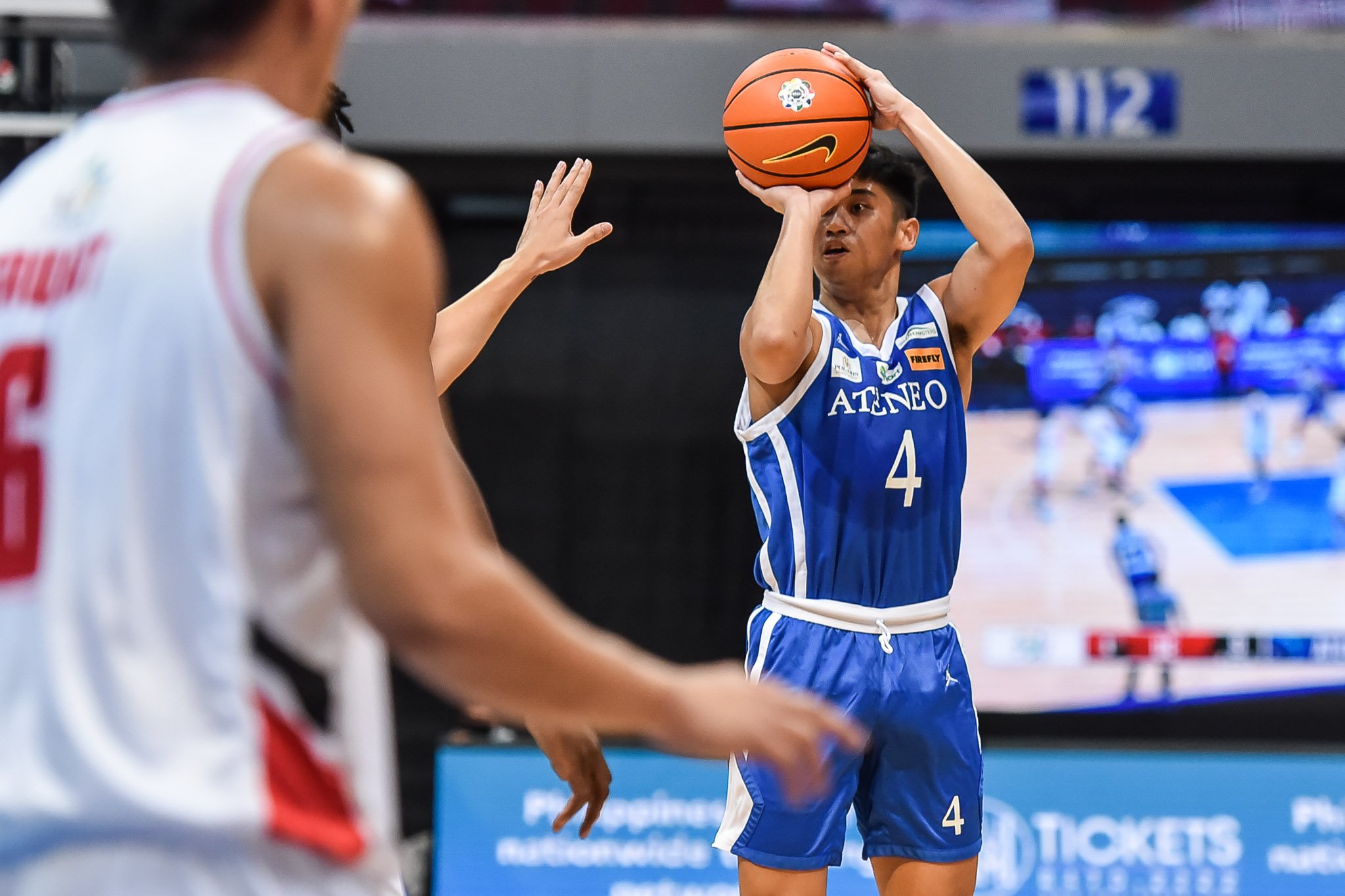 Once more, the Ateneo Blue Eagles proved themselves without peers in the UAAP.

The defending champions racked up a ninth straight win after dismissing University of the East (UE), 76-63, on Tuesday to remain undefeated in Season 84’s men’s basketball tournament.

The first time the two teams played this year, the Warriors hung around for two-and-a-half quarters before getting routed in the fourth. The Warriors were in this one for a quarter, before their offense was hamstrung by the Eagles, who yielded just three points in the second quarter to soar to a 38-20 lead at the break.

“I’m not so happy with it,” said Baldwin, the Ateneo coach who has now led the Eagles to 35 straight victories overall, before adding: “Because in the second half we suffered on defense execution and rebounds.”

“We handled UE particularly well or maybe well enough to win,” he added.

That’s the coach of the team whose output in the first quarter matched what UE could cough up the entire half.

The Eagles led by as many as 23 points, committed just 10 turnovers and had assists on 26 of their 29 made field goals. They did shoot poorly from the field (29 of 79, 36.7 percent) but drew a team-high 19 points from guard BJ Andrada, who was six of eight from the floor, including five of seven from beyond the arc.

Baldwin still found cause for concern—and judging by the way two rivals played, maybe rightly so.

“We like to have the mentality of not softening up as we [rack up wins],” Baldwin said. “Because other teams are gonna come right at you. If we don’t [continue working harder] we make things harder for ourselves.”

Two of those teams expected to come at them are University of the Philippines, which is riding a hot streak of its own, and La Salle. The two teams fashioned contrasting victories on Saturday, putting them at the heels of Ateneo.

The Maroons won an eighth straight game—they haven’t lost since bowing to Ateneo on opening day—as Zavier Lucero and Malick Diouf delivered at crunchtime for a 73-70 victory over Far Eastern University.

The Tamaraws stumbled to 3-6 after star rookie RJ Abarrientos missed a potential game-tying triple at the buzzer.

“We are looking for more consistency [and] we are getting there,” said UP guard Ricci Rivero who had 19 points. “I’m just happy with how we closed the game today because a lot of times we take a big lead and [lose steam].”

The 6-foot-4 Filipino-American, who played for Central Michigan University in the NCAA Division 1, dumped buckets at will on UST’s defense and could have scored more had he not been pulled after three quarters.

“The only guy who was able to stop him was me because I took him out,” said Archers coach Derrick Pumaren whose charges improved to 6-3.

The Tigers absorbed their sixth loss against three wins.

Ateneo got some time in for their second unit after zooming beyond UE’s reach and the Warriors, through brothers Kyle and Nico Paranada, showed some fight and closed in at 51-40 late in the third quarter.

“I credit the win to our preparation during the Easter break,” Andrada said. “We executed well as a team. Me, I’m just happy I made the open shots.” INQ