At Oregon State, Trustees Reconsider the President’s Past 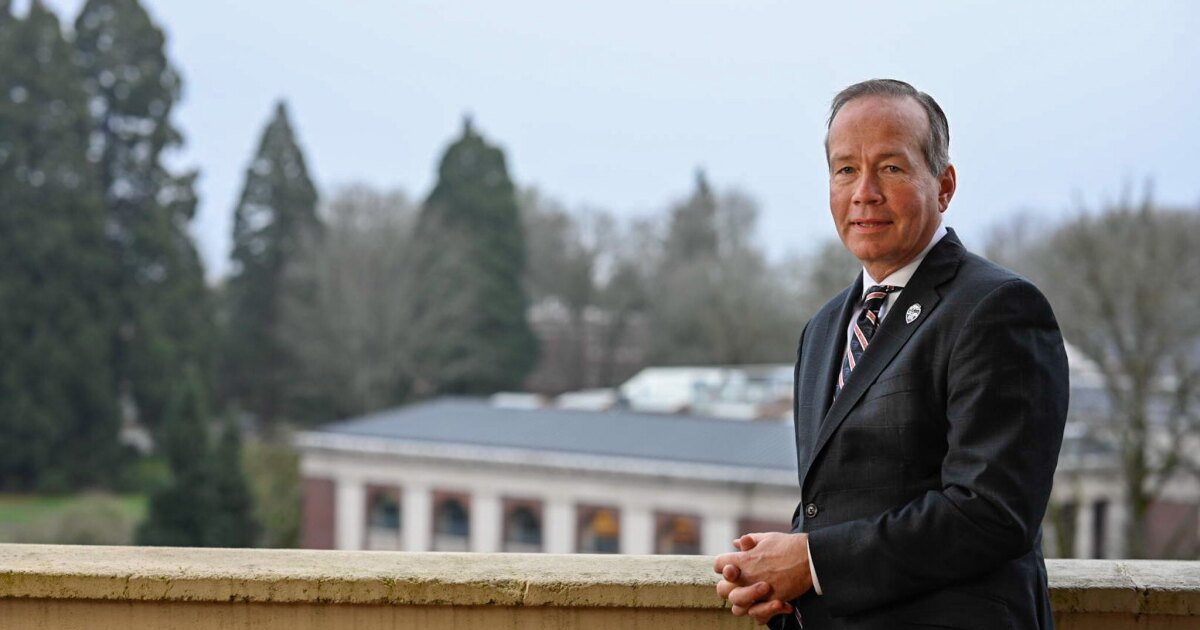 F. King Alexander’s presidency at Oregon State University is on the line this week — for what may have happened during his tenure at a different institution. College presidents sometimes lose their jobs over the mishandling of an athletics scandal, especially those involving allegations of sexual misconduct. Rarely are their jobs in jeopardy over how they managed those issues in a previous job.

Alexander, 57, was appointed president of the state’s land-grant institution in December 2019 — his fourth college presidency in a relatively rapid ascent from a regional public university in Kentucky to the ranks of a major research university.

Alexander’s leadership of Oregon State has not been controversial. Instead, the governing board is now looking deeply into his role and actions when he was president of Louisiana State University, which he led for seven years. Trustees are scheduled to meet on Wednesday afternoon to consider whether to take disciplinary action against the president.

A recent report on an investigation by the law firm Husch Blackwell concluded that there were widespread and systemic failures that led to the mishandling of numerous reports of sexual misconduct at LSU. Specifically, the report raised questions about whether Alexander had dealt appropriately with sexual-misconduct allegations against Les Miles, the football coach at the time.

More generally, the report documents the missteps of an athletics department that was walled off from oversight and protective of a powerful and popular coach. But the problems are deeper at Louisiana State, where the university’s management of sexual misconduct under the federal Title IX statute was hampered by ineffective and outdated policies and procedures, and a lack of financial support and adequate staffing. While all those concerns had been raised by previous reviews and campus groups, few were addressed in a meaningful way, the Husch Blackwell report said.

One question for Oregon State’s board is whether, when hiring Alexander, members were told the entire story about the situation at the time, said R. Barbara Gitenstein, a senior consultant and senior fellow at the Association of Governing Boards of Universities and Colleges.

“As media and social media have made more information accessible to the public, this is going to happen more,” said Gitenstein, who is also president emerita of the College of New Jersey. “The real issue is why these issues weren’t raised during the search process?”

The taint of scandal now surrounding Alexander is uncharacteristic, compared with the rest of his career. His fame, if any, has come largely from speaking out against elected officials for making cuts in funds for public colleges in Louisiana and nationally. At one point, he threatened that state budget cuts might mean the university would have to declare financial exigency, or worse, that the university might not be able to field a football team.

While taking on a popular football program has always been difficult for college presidents — especially in the Southeastern Conference where LSU competes — boards and the public are increasingly demanding action for high-profile cases of sexual misconduct.

Boards are taking these issues more seriously after the vast problems uncovered in the sexual-abuse scandals at Michigan State and Penn State Universities, said Audrey J. Anderson, a higher-education lawyer with the firm Bass Berry & Sims. “What institutions should be taking from this is that the same rules should apply to everyone,” Anderson said. “Athletics is not an island. Tone at the top really matters.”

Courtney H. Bullard, an attorney and founder of a consulting firm that advises schools and colleges on complying with Title IX, said Oregon State’s board has no choice but to reconsider Alexander’s record. “Tolerance levels for these kinds of failures,” she said, “are becoming lower and lower.”

Even presidents who have had a scandalous tenure sometimes get a second act, until similar problems arise, and Alexander may survive this moment. Instead of firing Alexander, the board could consider some sort of reprimand or censure, said Steven Clark, vice president for university relations and marketing at Oregon State. “The board will review the information provided in the LSU report as it reflects on President Alexander’s leadership at that time,” Clark said, as well as his ability to lead Oregon State in ways that are consistent with the institution’s values and commitment to preventing sexual misconduct.

Alexander has issued an apology for his actions as president of LSU, saying he was “deeply saddened by the experiences of survivors of sexual misconduct detailed in this review.” He was not available to comment for this story, according to a spokeswoman for Oregon State.

Ultimately, however, Alexander’s fate may rest less on what he did at Louisiana State than what he and the search firm, WittKieffer, told the board before he was hired. To Gitenstein, and others, the situation renews nagging questions about how colleges hire presidents, and the extent to which governing boards rely on search firms.

“More and more searches, even in the public sector, have become more private, and I think there’s some problem with that,” Gitenstein said. Colleges and search firms argue that candidates will not participate if the searches are completely open, she said. But they should at least consider having finalists meet with small groups of campus constituents to make sure they fit with the campus culture.

Boards have to realize, too, that they can’t rely on only the search firm for information on a candidate, she said. “It is the board’s responsibility to make this decision, and they don’t realize that part of this is the vetting process, and that can’t be delegated,” she said.

Search firms, too, rely on the information that a candidate tells them and information that is in the public domain, said Roderick J. McDavis, managing principal of AGB Search and a former president of Ohio University. ”In most cases, the record you establish does follow you to the next institution,” McDavis said. “The search firm would have probed some of these issues,” he said, “but you only know the information that was shared with you.”