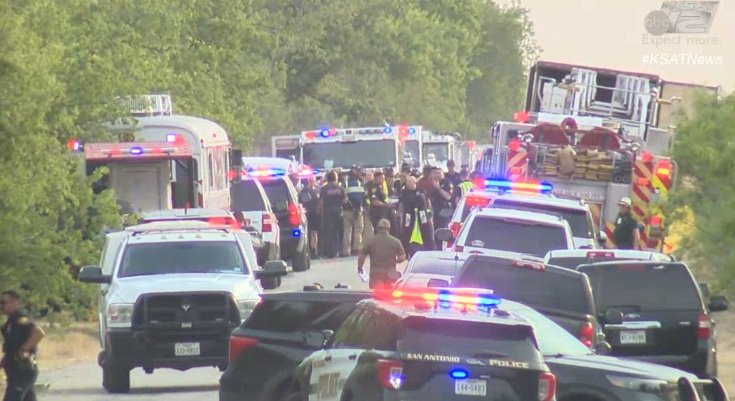 100 Percent Fed Up reports – At least 42 people were found dead inside an 18-wheeler on the Southwest side of San Antonio, TX. According to multiple San Antonio Police Department sources, 16 others were taken to area hospitals, and the death toll could rise. Several emergency vehicles are at the scene.  Border Patrol agents have just arrived.

KSAT reporter Patty Santos shares an image of the back of the trailer where the people were found and where the dead and seriously ill people were discovered.

This is the back of the trailer that sapd & HSA are surrounding pic.twitter.com/TBZEOYlGtW

Leigh Waldman of KSAT reports a possible human smuggling operation may be part of the investigation.

We were just passed by this vehicle on the way to the scene pic.twitter.com/WTq8eePxqz

Stay tuned for more updates, as this is a developing story.

Ginni Thomas Spent 4.5 Hours Getting Grilled By The 1/6 Committee