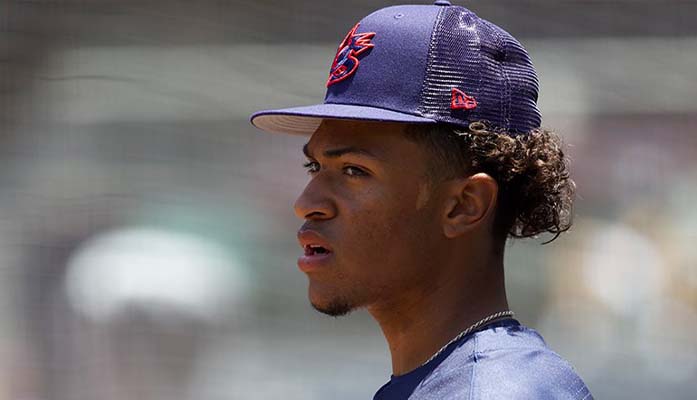 Jackson, who is from Vail, a community just southeast of Tucson, finished his senior season at Cienega High School with a .506 batting average, six home runs, 31 RBIs and 34 runs scored, according to MaxPreps. Jackson was a mainstay for the Cienega offense this season and helped push the Bobcats to a 15-13 overall record and second place finish in the 5A Southern Region.

“Pro ball is definitely something that I’m excited for, but if it doesn’t work out in July then Arizona State is a great spot to end up,” Jackson said. “Regardless of what happens, I know that I’ve got to earn my spot up there. I’ll do whatever I can to earn that spot and hopefully be out in centerfield and somewhere in the middle of the lineup.” 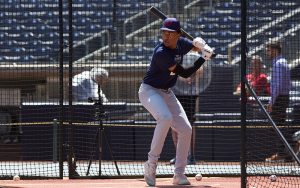 Prospect Live reports that “Jackson has the prototype body of a middle-of-the-order lefty stick with bountiful projection remaining in his future. In the field, Jackson is a solid average runner with an average arm. He best fits in a corner mostly due to his frame, though he takes great routes to the ball and could stick in centerfield early in his professional career.”

Joining Jackson at Petco Park this past week was fellow Arizona State commit and the highest ranked participating player at this year’s combine, Termarr Johnson.

Prospect Rankings has Johnson listed as the No. 4 prospect in the draft, with one scout offering a double Hall of Fame comparison by calling him a combination of Wade Boggs’ plate discipline and Vladimir Guerrero Sr.’s bat-to-ball skills.

“Though he’s a high schooler who projects as a second baseman, Johnson is a potential No. 1 overall choice because he might be the best pure prep hitter in decades,” according to MLB Prospect Rankings. “Johnson’s hand-eye coordination and swing decisions make him an elite contact hitter from the left side of the plate. He isn’t fazed by mid-90s fastballs or quality breaking balls, using his quick, compact stroke to drive the ball to all fields.”

Though players’ futures remain undetermined, it can be said with almost certainty that Johnson will likely never take the field in a Sun Devil uniform.

All of Perfect Game’s Top 10 high school prospects from last year’s class forfeited their NCAA eligibility by signing professional contracts. Johnson sits as the No. 3 ranked player atop that list for the class of 2022.

“I’m just enjoying everything,” Johnson said. “I’m playing baseball every day, having fun and enjoying the process. I’m very grateful for being here and having the chance to soak it all in.”

Now, Arizona State coach Willie Bloomquist and the rest of the ASU faithful will have to wait until July 17 at the earliest before finding out the fate of these two young signees.

“He’s had everybody in the country on him,” Bloomquist said. “We know that’s probably a long shot, but it’s just a big win for the program as a whole – to have his name attached to us and to the many other great ones before him that never made it on campus.”