Asset managers rush to shore up portfolios against inflation 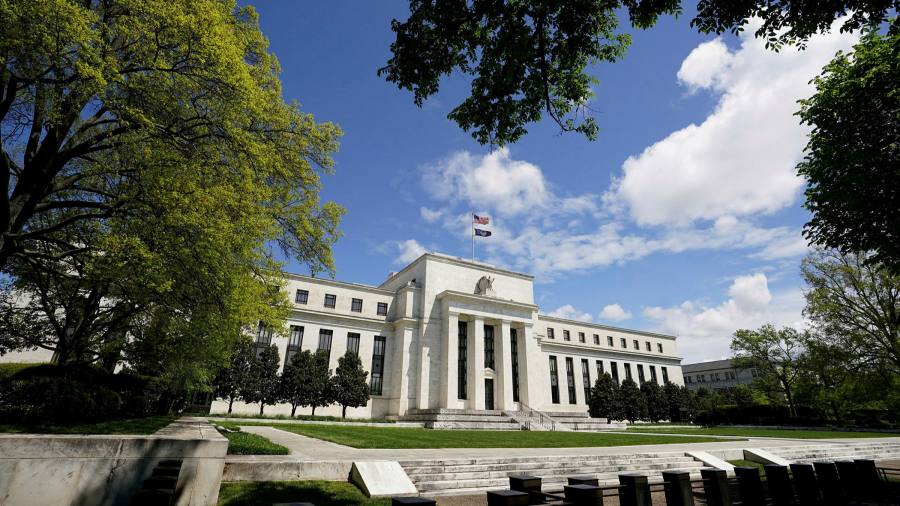 Signs that inflation is making a comeback are unsettling big investors.

Past periods of high inflation have weighed heavily on real returns from stocks and bonds, which have flourished over the past decade when inflationary pressures have generally remained muted.

But inflation forecasts are now rising following massive increases in government spending and the torrent of liquidity unleashed by central banks in response to the coronavirus pandemic.

Asset managers are now facing a barrage of questions from clients over the risks of inflation and are rushing to shore up portfolios from inflationary risks, fearing that a resurgence threatens to spoil the party again for investors.

The IMF forecast in October that the average annual inflation rate in advanced economies will double from 0.8 per cent last year to 1.6 per cent in 2021. Citigroup, meanwhile, estimates that global inflation will increase from last year’s average of 2 per cent to 2.3 per cent this year.

Brent crude, the international oil benchmark, has surged from about $20 a barrel in late April to more than $60 a barrel. JPMorgan Chase is forecasting that crude prices could reach $100 a barrel, a level not reached since 2014.

Copper, the world’s most important industrial metal, has reached an eight-year high above $8,400 a tonne, up more than 70 per cent from its low last March.

Ugo Montrucchio, head of multi-asset investments for Europe at Schroders, said clients of the £526bn UK asset manager were asking “more and more questions about inflation”.

“Inflation is at the forefront of the minds of our large institutional clients but less so for retail investors,” said Montrucchio. He has been increasing allocations to commodities, US financial stocks and short-term government bonds as hedges against rising inflation.

Policymakers have signalled that they will not respond to rising inflation by tightening monetary policy until there is clear evidence that the global economy is making a sustainable recovery from the disruption caused by coronavirus.

Central banks have injected $6.6tn in liquidity into financial markets since March as the pandemic gained pace globally, according to CrossBorder Capital, a London-based consultancy. It expects central banks to provide at least another $5.8tn in additional liquidity as policymakers fulfil pledges that they have already made.

“Central banks stand ready to increase liquidity provision beyond what is already in the pipeline, if needed,” said Michael Howell, chief executive of CrossBorder Capital.

Rupert Watson, head of asset allocation at Mercer, the consultant, says governments will allow their economies to run hot to aid recovery from the pandemic and that will also push up inflation.

“The global economy is receiving a massive fiscal and monetary boost. We do not expect that inflation will rise as high as 5 per cent but the risks are changing. We are encouraging clients to think about the inflation sensitivity of their entire portfolios so that they can withstand a range of outcomes,” said Watson.

The Federal Reserve has indicated that it has no intention of changing its monetary stance until inflation is on track to exceed its 2 per cent target and the jobs market is approaching “maximum employment”, a dual objective that is not expected to be achieved in the near term.

Investors have taken note of the Fed’s guidance and priced in both higher inflation and a robust rebound in economic activity later this year. This has led to the yield on the benchmark US 10-year Treasury bond rising from 0.72 per cent at the start of September to about 1.3 per cent.

President Joe Biden wants Congress to approve a $1.9tn fiscal stimulus bill in order to accelerate the US economy’s recovery from coronavirus. Republicans oppose Biden’s plans and Lawrence Summers, who served as Bill Clinton’s Treasury secretary, has warned that the additional spending could trigger “inflationary pressures of a kind we have not seen in a generation”.

In the US, headline annual consumer price inflation was running at just 1.4 per cent in January. But recent increases in energy and food prices have driven up inflation expectations among consumers. The University of Michigan published a widely watched survey which indicates that consumers expect US inflation to reach 3.3 per cent over the next 12 months, the highest reading since 2014.

Lori Heinel, deputy global chief investment officer at State Street Global Advisors, the third-largest asset manager in the world, said questions about inflation had been raised by clients in every investor meeting this year.

“The big question that clients want to discuss is whether the stock market could get dragged down by an increase in bond yields as a result of inflation pressures. But history shows that a moderate increase in inflation that is due to stronger economic activity can be good for equities,” said Heinel.