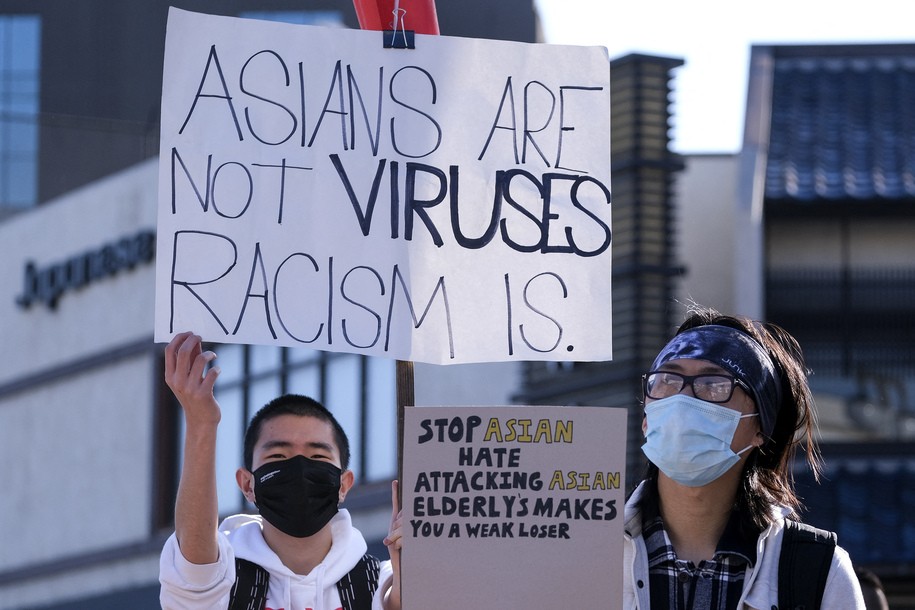 The data was compiled by Stop AAPI Hate, a national coalition that became the lead on gathering data on racially motivated attacks related to the pandemic. According to the organization, since the coronavirus was first reported in China, people of AAPI descent have been targeted and treated as scapegoats solely based on their race.

“Our data clearly shows that Asian Americans across the country continue to be attacked and that the hate incidents that we have been tracking since March 2020 are not going away,” Manjusha Kulkarni, co-founder of Stop AAPI Hate and executive director of the Asian Pacific Policy and Planning Council, said in a news release.

While lawmakers, activists, and community groups have constantly pushed back against the wave of attacks, that does not diminish their origin. Prior to President Joe Biden’s term in office, no legislation was in place to address these crimes. Additionally, Donald Trump’s administration consistently fueled the fire of hate by using xenophobic terminology.

As president, Trump consistently blamed China for the pandemic, which furthered anti-Asian sentiment already present in some communities. His spread of COVID-19 misinformation and use of xenophobic language like “Chinese virus,” “Wuhan virus,” and “Kung Flu” have been connected to a rapid surge in hate crimes nationwide. As people were forced to stay at home due to safety measures in place, they took their frustration out on the AAPI community, who they blamed for the virus, a report found according to Daily Kos.

“When you encourage hate, it’s not like a genie in a bottle where you can pull it out and push it back in whenever you want,” Kulkarni told the Associated Press. “There’s too much perpetuating these belief systems to make them go away.”

Kulkarni told the Associated Press that several factors contributed to the data, from an increase in incidents to a greater desire to report.  She noted that an increase in reporting often occurs after a high-profile incident, like the March 16 Atlanta-area spa shootings that left six Asian women dead.

“There, too, is where we saw some that were incidents that had taken place weeks or months before, but they just were either not aware of our reporting center or didn’t take the time to report,” Kulkarni said.

While physical attacks have been on the rise, they are not the only way these anti-Asian incidents have played out. According to the report, verbal harassment and deliberate avoidance of those who identify as part of the AAPI community make up the majority of hate incidents. Physical assaults and being coughed at or spat on are the second most common forms of hate, the report found. Of the reported victims, a majority are women and the elderly.

In a recent incident, an Asian American woman running near her home was attacked. The woman, who lives in San Francisco’s Pacific Heights neighborhood, shared that she no longer felt safe, adding: “I don’t know where I can be safe at to be honest.”

In the horrific incident occurring on Aug. 1, the woman was left with bruises and abrasions on her face, arms, and legs after being robbed and then bitten by her attackers, ABC7 News reported. The attack comes amid an increase in anti-Asian incidents in California. According to a report released by the state’s Department of Justice, hate crimes against Asian Americans in California increased by over 100% in 2020.

(WARNING: The Twitter thread below contains graphic violent video, photos, and language that may not be suitable for all readers.)

This woman was attacked for her iPhone, her hand closed in a car window, dragged for half a block & 2-/ bitten by 1 of her assailants in Pacific Heights

I spoke the woman who wants to be identified only as “V” (1/4) #aapi
⠀ pic.twitter.com/ONLzEw64Ej

The report follows similar reports of increases in hate, including hate crime data from the Center for the Study of Hate and Extremism at California State University-San Bernardino. That report found hate crimes against Asian Americans surged in 2020 in at least 15 cities, Daily Kos reported. As the cities were further reviewed, reports indicated that crimes against Asian Americans rose by 169% when comparing the first quarter of 2020 to the first quarter of 2021.

The AAPI community needs our support now more than ever, whether it be checking in on our family and friends, spreading awareness of COVID-19 misconceptions, or contacting members of Congress to do more against anti-Asian hate. Check out this guide on resources and ways to support the AAPI community and our Asian friends. Hate is the real virus, and we must end it.