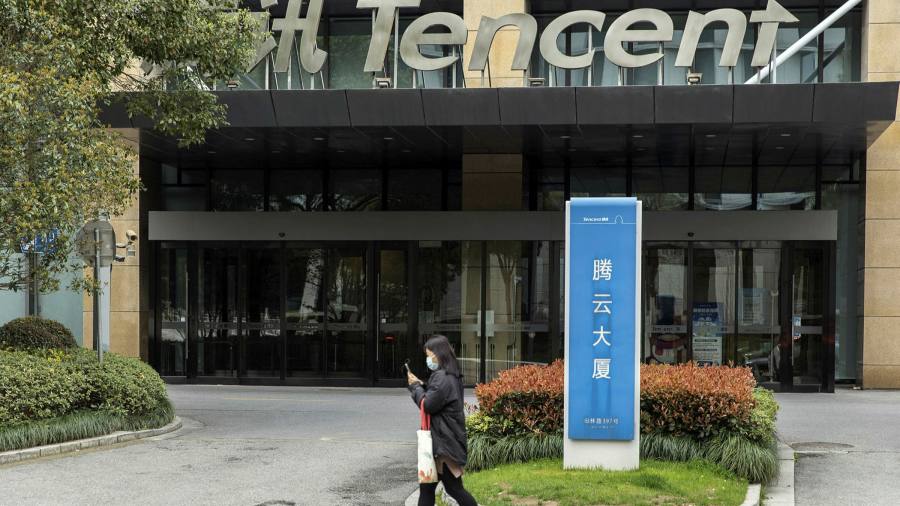 Last week, shares of Chinese tech giants looked like they could not go any lower. On Thursday, Tencent led further declines, falling as much as 8 per cent and pulling down Hong Kong’s Hang Seng index 2.5 per cent. The sell-off adjusts valuations to rising discount rates and lower expected growth. It has further to go.

The sell-off came just hours after a renewed pledge from Chinese premier Li Keqiang to support the battered tech sector. The politician, who plays second fiddle to President Xi Jinping, hinted that crackdowns may be coming to an end. Normally, that would have given shares an instant boost. Not during a worldwide correction.

Tencent’s revenue growth rate of less than 1 per cent now lags even slow-growing defensive stocks such as China Telecom, which reported sales growth exceeding 12 per cent in the first quarter.

Valuations have room to drop further. Alibaba now trades at just 12 times forward earnings, less than a half the levels of two years ago. Tencent, at 24 times, is down a third. But that compares with 7 times for mature businesses such as China Telecom and peer China Mobile, and 6 times for utility stocks like China Gas. These state-run companies are much less exposed to regulatory risks.

Lex’s view since November has been that overvalued markets will grind sequentially lower as interest rates rise. Current movements in world markets are consistent with that.

The correction will be particularly taxing for investors in China. Meretricious policymaking had already destabilised the tech sector. An economic slowdown was already under way. This has been worsened by lockdowns resulting from the ineffectiveness of state-backed coronavirus vaccines.

In China, heavy-handed policymaking is contributing to a wipeout that in the west is primarily a function of laissez faire capitalism coupled to cheap central bank funding. The market value of Chinese tech groups listed in Hong Kong and the US has fallen by about $2tn in the past 10 months. Plenty more will be lost before prices stabilise.

The Lex team is interested in hearing more from readers. Please tell us what you think of the world markets sell-off in the comments section below.