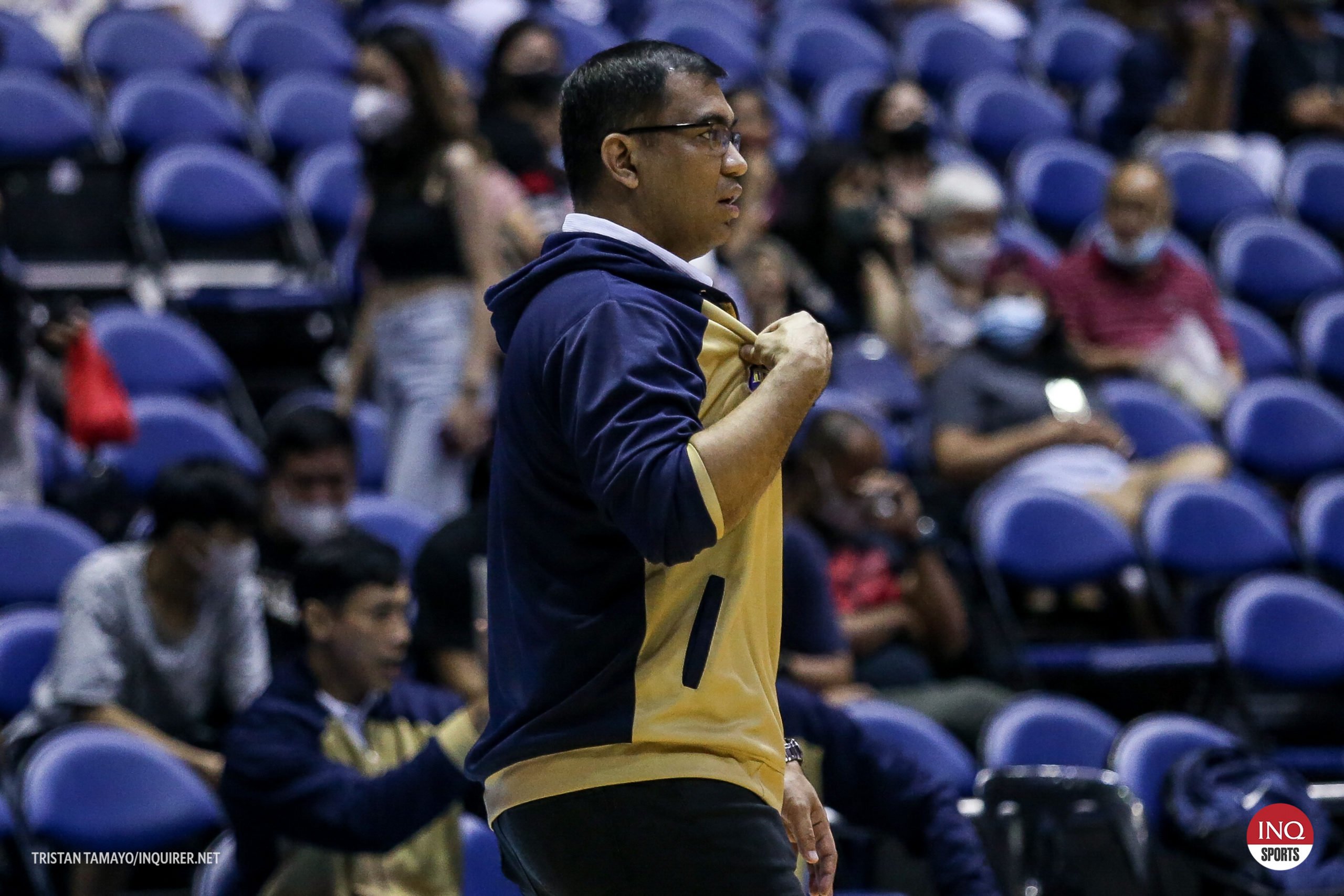 MANILA, Philippines—Despite already securing a Final Four spot in the UAAP Season 85 men’s basketball tournament, National University coach Jeff Napa is disappointed with how his team ended the elimination round.

The Bulldogs took a stunning setback to the Adamson Falcons on Saturday that dealt a huge blow in their bid to nail a twice-to-beat incentive in the semifinals.

“I am kind of sad because of course, it’s not the way we wanted to end the elims. That’s what we’re lamenting about. On the positive side, we’re still in the Final Four. That’s the brighter side of things,” Napa said after NU lost, 64-63, on a game-winning triple by Adamson guard Jerom Lastimosa.

“I told them, we’re not looking at a scenario where we’ll still get the twice-to-beat advantage. I told them, this is an uphill battle that we’ll have to do. We’ll face whoever’s in the top two and they have that [twice-to-beat] advantage,” added Napa.

The Bulldogs ended elimination with a 9-5 record for the third seed behind top teams University of the Philippines (11-2) and Ateneo (9-3).

Napa also cited the team’s lack of urgency ever since the Bulldogs clinched a playoff spot, saying their desire to win wasn’t the same the past four games.

“I saw that our pressure to win was gone. That’s the culture I need to teach especially in this situation, on how I can handle being winners. I told them, winners were not born yesterday. We need to work for it.”