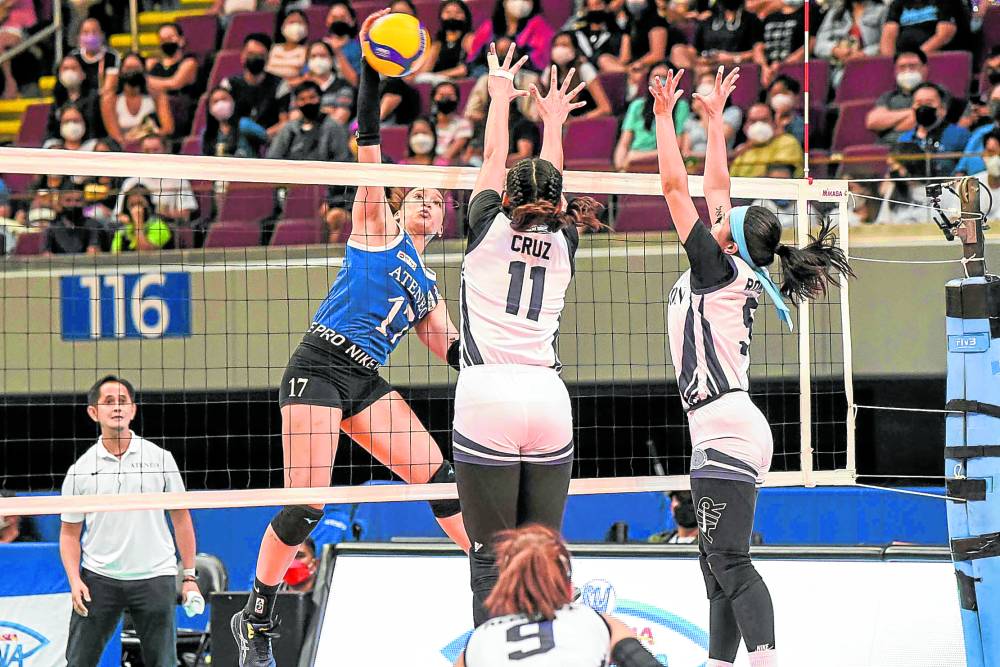 The Final Four door in the UAAP Season 84 women’s volleyball tournament is beginning to close and defending champion Ateneo is jammed with Adamson in the race to get inside.

Blue Eagles coach Oliver Almadro is aware of the urgency his team is wrapped up in as they prepare to face the Lady Falcons in a game that could very well dictate both squads’ fates.

“We take it one day at a time, we study today and then tomorrow we practice,” Almadro said. “Let’s see what we can do with our game with Adamson.”

They don’t want a repeat of that on Saturday at Mall of Asia Arena.

“Our goal is to make the Final Four. We have to do good tomorrow and do good repeatedly,” added Almadro, whose charges are at 6-5 (win-loss) tying the Lady Falcons.

National U has practically cornered the No. 1 spot, with La Salle gaining a crucial edge over University of Santo Tomas for the second slot. The top two teams at the end of the elimination round get twice-to-beat bonuses in the semifinals—as long as the Lady Bulldogs don’t sweep their classification games.

Ateneo isn’t concerned about that right now, just that it has to win to keep its title defense alive.

“We know that it’s crucial game for us, we just have to do our job. I have to do my job,” said Ateneo star Vanessa Gandler. “I guess it’s just being at the moment and control what we can do now. Now is the time to recover, then tomorrow we train [against Adamson].”

Things will get tougher for Ateneo after the 6:30 p.m. match against Adamson. The Blue Eagles next face archrival La Salle before ending its elimination round with a battle against University of the Philippines (UP).

The Lady Maroons face long odds in a bid to make the Final Four: They battle the perfect Lady Bulldogs on Saturday with a loss decimating their hopes.

And UP coach Godfrey Okumu has a pragmatic view of his team’s situation: “There’s only one way to go [if we want to make the Final Four]—we go out there and win. And finish strong. If we don’t think of finishing strong, then we will all be finished.”