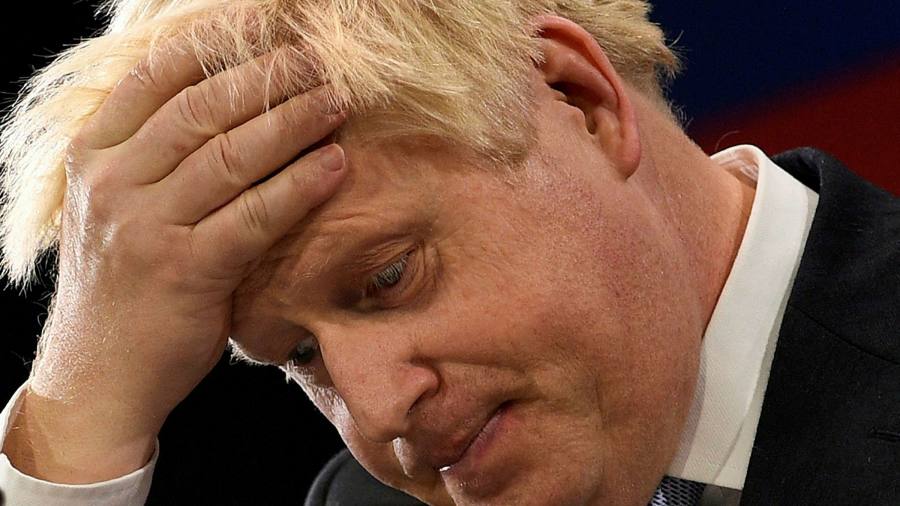 If at the start of this no confidence vote in Boris Johnson you had asked Conservative MPs for the worst possible result for both the party and the country, this would be pretty close to their answer. A weakened prime minister limps on, but it must be increasingly doubtful that he will lead his party into the next election.

It is as bad a result as any victory can be. With 148 Tory MPs voting to remove him as leader, Boris Johnson has more than two-fifths of his colleagues saying he should go. He has done significantly worse than Theresa May in her leadership contest. She was gone within six months. Yet there is no further mechanism for forcing Johnson out soon. Under the current rules he is now safe for a year, though rules can be changed. Rebels may regret not having waited until the two by-elections later this month that many expect the party to lose.

While his allies will insist this is a win, they know that the rebellion was much bigger than any expected at the start of the day. Far from drawing a line under the leadership issue and enabling the party to move on, the result leaves Johnson likely to find himself pressured and harried, constantly insecure and looking to his flanks. One extremely close ally admitted that there would be very little respite for the prime minister.

Given Johnson’s remarkable powers of survival it is probably wrong to say that he is finished but, rather than ending leadership speculation, this result will leave large questions over whether he can survive even to the end of the year.

Johnson has insisted that he will not resign, portraying the outcome as a “decisive result”. All day his supporters’ position was that a win is a win — and it is hard to see his weak and supine cabinet forcing him to accept that the jig is up. (It is worth remembering that one reason for his survival is that MPs could not see a clear candidate to replace him, a pretty damning indictment of the quality of that cabinet.)

But the narrowness of his victory limits his options. Tory MPs will be harder to corral on difficult policy votes. Johnson will worry, too, about sweeping changes for fear of creating more disaffection. Allies had predicted a reshuffle of more junior ministers to punish the disloyal. It will be interesting to see how brave the prime minister now feels able to be.

A criticism of this government has been that it has been too preoccupied with saving the leader to govern effectively. It has been too fearful of the rebellious Tory right, though this vote shows Johnson losing support on all sides of the party. This will continue. Potential successors will carry on jostling for position, thinking of their own prospects ahead of other political considerations. The worry for the country is that this paralysis will continue. Johnson may feel safer tonight, but he would be foolish to think his problems are over.

Opposition parties will be able to torment the Tories in numerous ways. They can depict him as weak. Labour can also point out that a majority of Conservatives are not prepared to remove a leader whose personal failings have enraged voters. Yet it will also be possible to say Johnson has lost the confidence of a huge chunk of his MPs.

So the Conservative party is left with an unpopular leader still anxiously seeking to shore up his position. Despite the talk of last chances, if the Tories stick to their timetable of a 2024 election — and Johnson will not go earlier unless he senses he can win — there is time for MPs to mount another challenge.

Precedent suggests that once a leader faces a leadership challenge they are on the way out. Such contests have many causes, but driving all of them is the sense among MPs that they are headed for defeat. It is why they rarely end well for the incumbent, even if, initially, they prevail.

But there is also a second lesson from the three most recent votes against sitting premiers, Margaret Thatcher, John Major and May. When the leader was replaced the Tories went on to win the next election. When they weren’t, they crashed to a huge defeat.

For all the fury over “partygate” and other unforced errors, the main charge against Johnson — as with his predecessors — is that he is leading his party to defeat. Unless events contrive to change that perspective radically, we will be doing this again.