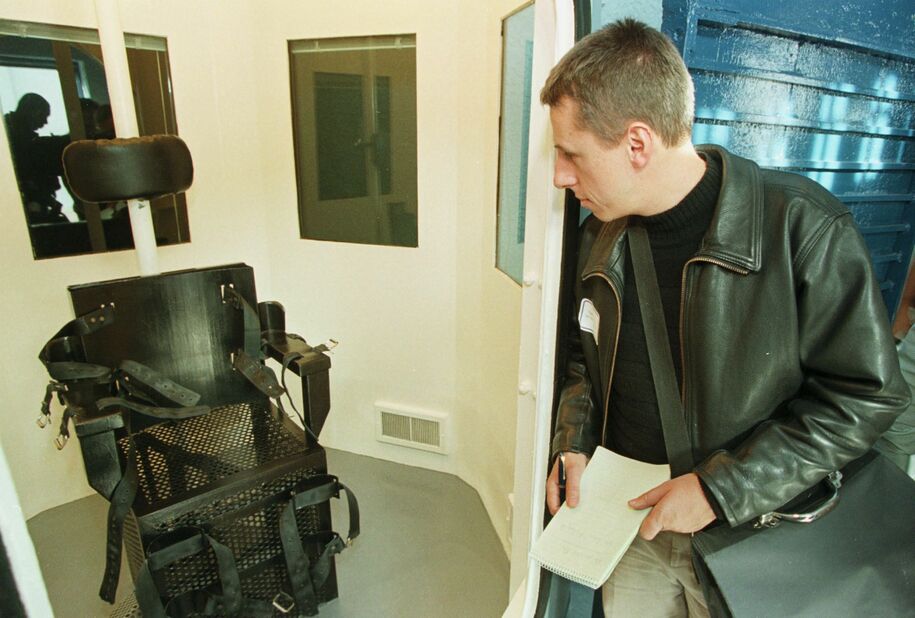 Arizona’s death penalty has been on hold for seven years, and Republicans in the state, sans policy ideas, would like the bloodlust of execution to substitute for their absence of moral and political will it seems. When asked by NBC why, regardless of one’s political or philosophical belief in the death penalty, the Arizona Department of Corrections, Rehabilitation and Reentry would dedicate any resources to an already defunct form of execution, they responded by saying they were making sure they are “prepared to fulfill its constitutional obligation, carry out legally imposed court orders, and deliver justice to the victims’ families.” Over the summer, in the middle of our COVID-19 pandemic, the Guardian reports that prison officials were busy conducting “a series of tests,” to make sure the gas chamber worked. Then, a few months later they threw down $1,500 plus for a brick of Nazi poison.

Dale Baich, the head of the Federal Public Defender’s Office unit handling Arizona death penalty appeals, told PBS that the powers that be seem to want to make sure they have all of their weapons sharpened just in case the death penalty moratorium in the state comes to an end. According to Baich, Arizona has 17 people on death row.

There have only been 11 gas chamber executions in our country since the death penalty’s restoration in 1976. Arizona built their gas chamber in 1949 and only used it twice. In 1992, 43-year-old Donald Harding was executed by Arizona in a gas chamber. The execution, which took almost 11 minutes to complete, was witnessed by reporters. In part, Harding’s prolonged execution, considered standard at the time, helped end the use of gas chamber executions in the state. German national Walter LeGrand, sentenced to death before 1992, appealed, and was allowed to choose the gas chamber in Arizona in 1999. LeGrand’s execution was the last time a gas chamber was used for state execution in our country.

Conservatives in Arizona’s government have been trying to figure out ways to get back to sponsoring state-endorsed executions after years of activism and legal battles over the cruel and inhumane forms of punishments have stalled the systems killing apparatuses. Unsurprisingly, studies on the people being killed by the state of Arizona were frequently sufferers of “intellectual disability, severe mental illness, or brain damage,” and the majority were people of color. In a state where people of color make up less than 20% of the population, one might think there was a pattern going on here.