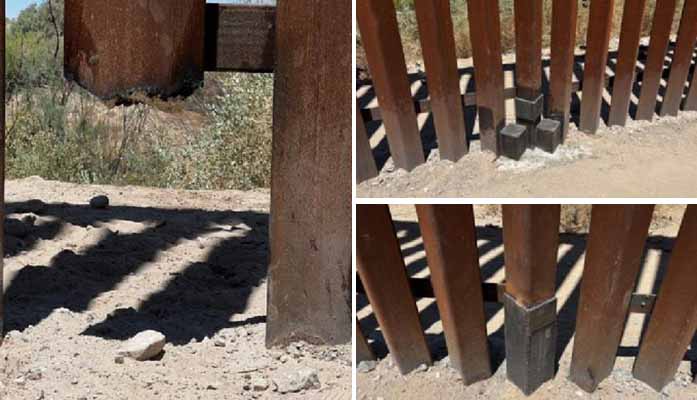 On Friday, Arizona Governor Doug Ducey asked if anyone in Washington DC was listening to residents and officials living along the US-Mexico border. The Governor raised the questions and demanded immediate action in response to a tweet by Yuma County Supervisor Jonathan Lines.

“Ag Workers observed 2 armed men standing guard in Mexico while the cartel cut through the wall to facilitate human and narcotic trafficking. There have been 3 separate incidents in the last 15 days including today. Fentanyl coming to your neighborhood soon…,” tweeted Lines.

“Anybody in Washington, DC listening? The border crisis is still going on. The federal government needs to step in — now,” Ducey responded.

A day prior to Ducey’s demand for action, all 31 members of the Arizona Legislature’s Republican majority caucus issued a legislative proclamation denouncing the “continued breach of our nation’s southern border, expressing support for safe communities, and calling for immediate, decisive action to secure the border and alleviate the security and humanitarian crises which are associated with illegal immigration.”

“The Biden Administration pretends it is powerless to do anything to secure our border and end the human trafficking and crime flowing across it. That is nonsense. They are leaving our border open on purpose, and they don’t care how many innocent lives are trafficked or lost,” Rep Quang Nguyen told the Arizona Daily Independent.

Rep. David Cook was adamant, “States like Arizona are fed up and we have every right to be. This has been a problem for years and other than President Trump, no one has tried to fix it. We need the wall finished and our country secured, now!”

Earlier in the week, Yuma County Sheriff Leon Wilmot, in an appearance on the James T. Harris show on KFYI, said the situation along the border is out of control.

Anybody in Washington, DC listening? The border crisis is still going on. The federal government needs to step in — now. https://t.co/rMeCWBzL3c