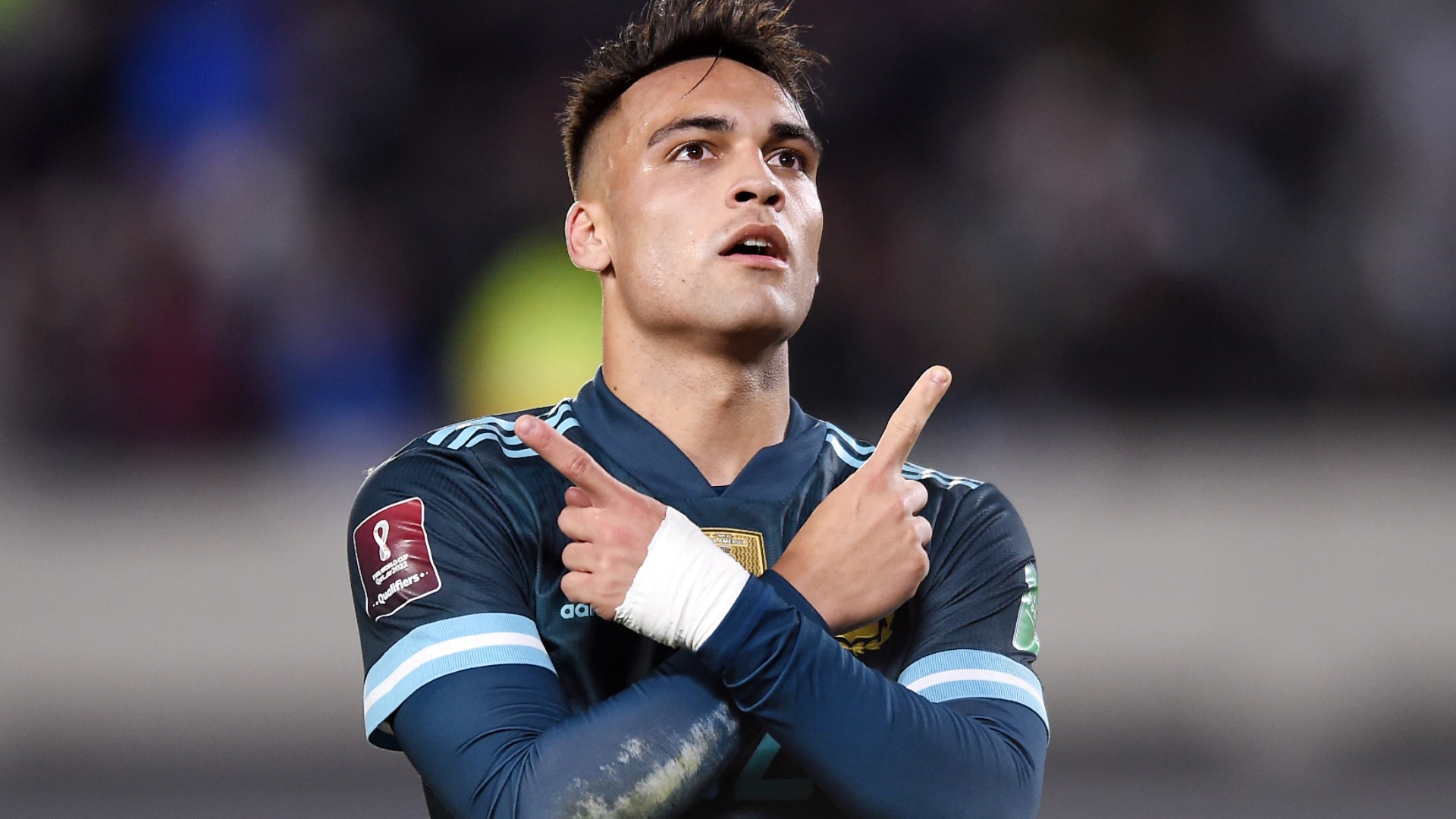 Peru made life difficult, but Argentina still found the lone goal it needed to secure its latest World Cup qualifying win, 1-0, at the Estadio Monumental in Buenos Aires. The side captained by Lionel Messi is now undefeated in 25 straight matches.

The visiting Peruvians defended comfortably in the first half, granting the Argentines the wide areas and then dealing with the resulting crosses. But they couldn’t handle the world-class play that Argentina crafted three minutes before the halftime break. Right back Nahuel Molina played a give-and-go with teammate Rodrigo De Paul and then sent a pinpoint delivery into the box which found Lautaro Martinez in stride for a powerful header.

Outside of that goal, Argentina couldn’t create much against an organized and hard-nosed Peruvian side that had a big chance to equalize in the second half when substitute Jefferson Farfan earned a penalty kick. But Peruvian veteran Yoshimar Yotun sent the attempt off the crossbar and out. The only other serious threat Peru mounted came on a late corner kick before the final whistle.

While qualifying for the World Cup seems only a matter of time for Argentina (2nd, 25 points), Peru needs a miraculous run and some help to make it to Qatar 2022. It’s penultimate in the table with 11 points, five away from fifth place. The top four teams advance directly to the World Cup while the fifth-place team earns a spot in a play-in series.

94th min.: Wow! Peru corner kick and it gets recycled for a dangerous cross which is headed high of Argentina’s goal. That was the most dangerous look at goal for Peru since the penalty kick.

85th min.: SUB – Peru brings on Marcos Lopez for one final push. He comes on for Gonzales. Lopez is a left back and we’ll see where he plays.

83rd min.: Jefferson Farfan and Cuti Romero jawing at each other after a challenge in Argentina’s half. Farfan is not giving up. He might be getting help shortly from the bench.

75th min.: SUBS – Peru bring on two of their own – Raziel Garcia and Yoshimar Yotun are out. Gabriel Costa and Wilder Cartagena replace them.

70th min.: SUBS – Guido Rodriguez comes on for Leandro Paredes and Nico Gonzalez is in for Angel Di Maria on the wing.

65th min.: Yoshimar Yotun steps up for Peru and he sends it off the crossbar! No goal. What a missed chance for Peru.

63rd min.: Penalty for Peru! What’s Emiliano Martinez doing? He comes off his line and he cuts off the speedy Farfan and chops him down. No doubt about this one.

60th min.: SUB – Jefferson Farfan on for Gianluca Lapadula and it’s 100 appearances for Farfan. Peru could’ve probably kept both forwards on the field.

56th min.: Shot from distance by Peru’s Aquino and it’s an easy stop for Dibu Martinez.

Halftime: Peru, which had the first best chance of the game, held on defensively for as long as it could. Although it was well-organized, one of those crosses was bound to find someone in the box and it happened three minutes before the break. Argentina is lucky that Lautaro was able to shake off the ankle knock because only he could score that goal. It was a ruthless finish. Peru can still be dangerous and we’ll see how much the visitors open up in the second half now that it has fallen behind. While we wait for the start of the second half, enjoy this Angel Di Maria skill move.

42nd min.: Goal Argentina! Right back Nahuel Molina with the give-and-go with Rodrigo De Paul and Molina’s cross into the box is pinpoint. Lautaro’s header is unstoppable. That’s his 17th goal for Argentina.

39th min.: Di Maria again with a chance but he’s not accurate with the shot. Every opportunity that goes by the wayside gives Peru more confidence.

37th min.: Free kick for Argentina 25 yards out is punched away by goalkeeper Pedro Gallese and then there’s an offside on the follow-up. Peru resisting.

35th min.: Orderly defending by Peru so far. Even a free kick earned on the right side was snagged by Peru ‘keeper Pedro Gallese. Argentina staying patient, but this won’t be easy. Peru is giving up some dangerous free kicks around the area.

28th min.: Argentina forward Lautaro Martinez picked up an ankle knock and he’s trying to shake it off after some treatment. Not good news for Argentina.

26th min.: Peru is letting Argentina have the flanks, but it’s preventing quick combinations and penetration down the middle. Peru looks comfortable defending so far.

24th min.: Angel Di Maria chance! A cross comes from the right side and he’s at the far post and fires it way wide on the volley. If he puts it on goal it would have been trouble for Peru’s Gallese.

21st min.: What a chance for Lapadula! He runs onto a ball in the Argentina box and tries to touch it past Dibu Martinez, but he can’t get enough contact and it’s an easy save. Best chance of the game.

18th min.: The masked forward, Lapadula, is a one-man wrecking crew for Peru while the rest of his teammates sit back. Meanwhile, Angel Di Maria thought he earned a corner kick, but it turns out he was offside. He doesn’t like the call.

9th min.: Messi earns a free kick and it’s delivered into the box where Cuti Romero heads home, but he’s offside. The VAR check took a while.

5th min.: Peru with the first extended spell of possession and Yoshimar Yotun earns a free kick about 20 yards out. Lapadula puts his laces through it and Dibu Martinez has to come up with a big save.

4th min.: What a pass by Messi! He feeds Di Maria wide left and the cross goes across the face of goal, just like De Paul’s. Argentina firing warning shots.

1st min.: We’re off and just 40 seconds into the match Rodrigo De Paul sends a cross right across the six-yard box, but there are no teammates there to take advantage.

6:50 p.m.: The scenes around the Monumental in Buenos Aires:

Head coach Lionel Scaloni has a full squad available for selection and, as usual with his lineups, he has several interchangeable parts — such is the competitive level of Argentina’s roster. Reports indicated the lone injury concern was left back Marcos Acuna, but he recovered from the muscle injury that kept him out of the victory against Uruguay. At right back, no break for Nahuel Molina, who started the other two matches in this October window.

MORE: Even Messi couldn’t believe his shot turned into a goal

Peru will be without a number of starting-caliber players: Paolo Guerrero, Renato Tapia, Edison Flores, Andre Carrillo and Luis Advincula, who joined the list with a muscle strain. Sergio Pena didn’t make the squad; Christofer Gonzales will start in midfield.

How to watch Argentina vs. Peru

Argentina vs. Peru and every World Cup qualifying match in South America can be streamed exclusively on fuboTV  in English and Spanish.

The matches are also available on a pay-per-view basis via cable and satellite TV providers.

Especially in light of their absences, Peru will likely aim to get out of town with a draw. That would require a conservative strategy predicated on interrupting the flow of the game. You don’t want to get in a track meet against Argentina’s transition game.

For an example of what to potentially expect, take Peru’s road game in Brazil in September: 29 combined fouls, nine total yellow cards and only five total shots on target. In the October 2017 scoreless draw in Buenos Aires, also with Gareca as its coach, Peru only took two shots.

The under 2.5 total goals (+125) has a shot in this game, but the Asian total is a safer play. In Peru’s past nine qualifiers, only two have seen three or more goals. Two of Argentina’s five home qualifiers have gone over. And when these two teams played in Peru in November 2020, it was a 2-0 Argentina win.

The under 2.75 Asian total refunds half the bet if it’s exactly a three-goal game.