Are schools risking student and teacher safety to rush reopening during COVID-19 pandemic? 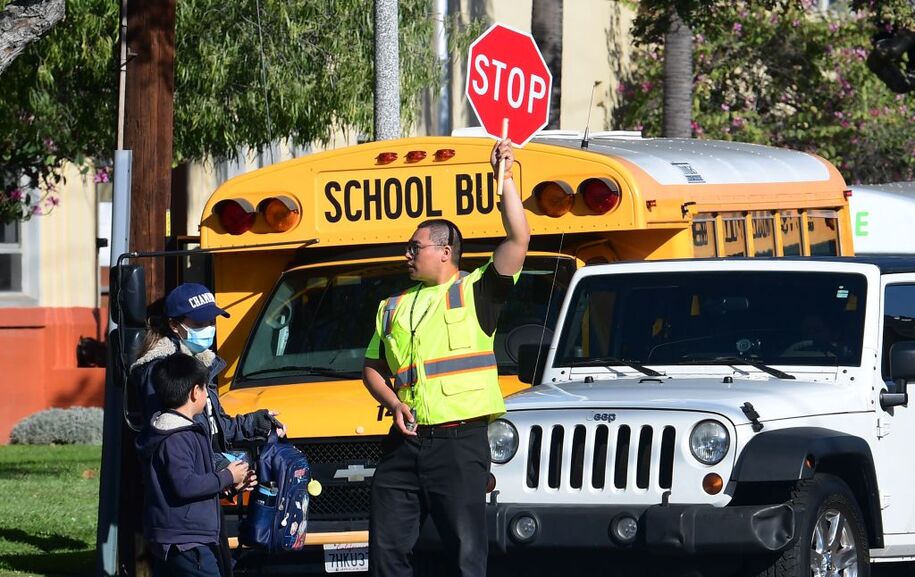 Just how much risk districts should take on in the name of reopening is a question school districts throughout the country are grappling with. In Chicago, pre-K classrooms reopened earlier this month, but the teachers’ union shot down the district’s mandate that some 10,000 employees return to classrooms for kindergarten through eighth grades, according to the Chicago Sun-Times. The Chicago Teachers Union is advocating for a delayed start until employees can be vaccinated, a process that is well underway but with numerous kinks to still be worked out. “What CPS is asking educators to do is like asking someone to jump out of a plane holding a blanket when a parachute is a few rows back,” Thad Goodchild, deputy general counsel for the union, told the Sun-Times.

In Los Angeles, the school district’s top official is similarly advocating for vaccinations before reopening for kindergarten and older students. “Vaccinations are a critical piece of the puzzle, and we’re all frustrated at the pace of the rollout despite everyone’s best efforts,” Los Angeles Unified School District Superintendent Austin Beutner told the Los Angeles Times. “The (President Joe) Biden Administration has set a goal of administering 100 million doses in the next 100 days,” Beutner said. “Two doses per person means 50 million people or about 15% of people in our country will be vaccinated by April 30, and 85% will still need to be vaccinated.”

The union, however, is urging officials to remember that the pandemic won’t immediately vanish because of vaccinations. “We don’t believe that all employees being vaccinated is a sufficient trigger for the full reopening of schools, because neither vaccine currently on the market is proven to provide sterilizing immunity,” the union said in a bargaining update the Los Angeles Times obtained. “What this means is that children, who currently do not have a vaccine available for them, and especially the family members they go home to, could continue to be at risk. A safe path to reopening must include low community transmission and infection rates.”

In Atlanta Public Schools, vaccinations are only available for police officers, nurses, and teachers who are 65 and older and signed up early for the protective shots, the Atlanta Journal-Constitution reported. The Atlanta school district said participation in its COVID-19 testing isn’t required, but it will be “strongly encouraged.” “The success of this mitigation strategy, and the ability to return and keep students in school, is based on high levels of staff and student participation,” school officials said in a news release. “The District is exploring all options as it relates to the administration of surveillance testing for staff, and will be implementing staff training, information sessions, and other staff engagement activities as it works to keep everyone safe.”

It will cost $2 million to test the first one-third of students whose parents allowed them to return to school, according to FOX 5 Atlanta. Ron Sanders, president and chief executive officer of Viral Solutions, the company providing the tests, said during a press conference with Atlanta school officials that administering tests to more than 55,000 students is “a tall task.” “We will have hundreds on staff” he said, according to FOX 5’s report. “But just to go deeper about Viral solutions, we are the largest testing center in the state of Georgia.”

Students in grades three through eight are set to return to school on Feb. 8, and those in grades six through 12 are scheduled to come back Feb. 16. District officials initially planned for the older children to come back earlier. But after receiving multiple complaints from worried educators and activists, administrators pushed back the return date for older children.

Tracey Pendley, last year’s Georgia Teacher of the Year, organized a protest in which supporters honked car horns and held signs on Monday to advocate for a delayed and better-planned return to school, according to the Atlanta Journal-Constitution. “Today was scary,” Pendley told the newspaper. “It doesn’t make a lot of sense to have our youngest kids come back.” Abby Ivie, a parent of two children in the district and a pediatric nurse practitioner, told the AJC no approach to COVID-19 is“100% effective, 100% of the time” and that schools can’t put off reopening until there’s no risk.