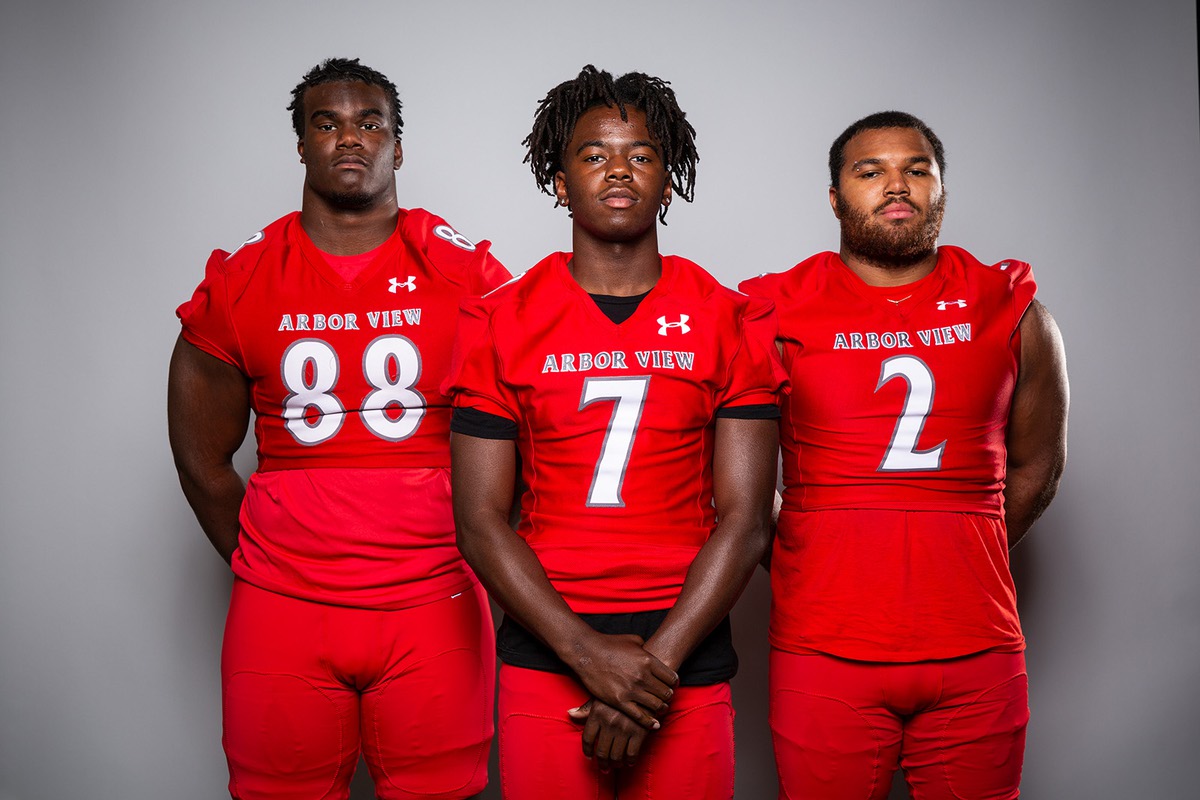 Members of the Arbor View High School football team are pictured during the Las Vegas Sun’s high school football media day at the Red Rock Resort on July 26, 2022. They include, from left, Zurich Ashford, Michael Kearns and Juice Washington.

Tanner Aitken and Christian Thatcher each had an interception return for a touchdown tonight for the Arbor View football team in a 45-3 win over Palo Verde.

Aitken added a forced fumble and fumble recovery for the Aggies, who only allowed Palo Verde’s offense to cross midfield once, coach Matt Gerber said.

“Defensively, we were all over the place. The defense was on fire,” the coach said.

Quarterback Michael Kearns completed 17-fo-22 passes for 254 yards and two touchdowns, and rushed five times for 61 yards and a score.