Apex Legends Devs Are Sick Of Players Harassing Them 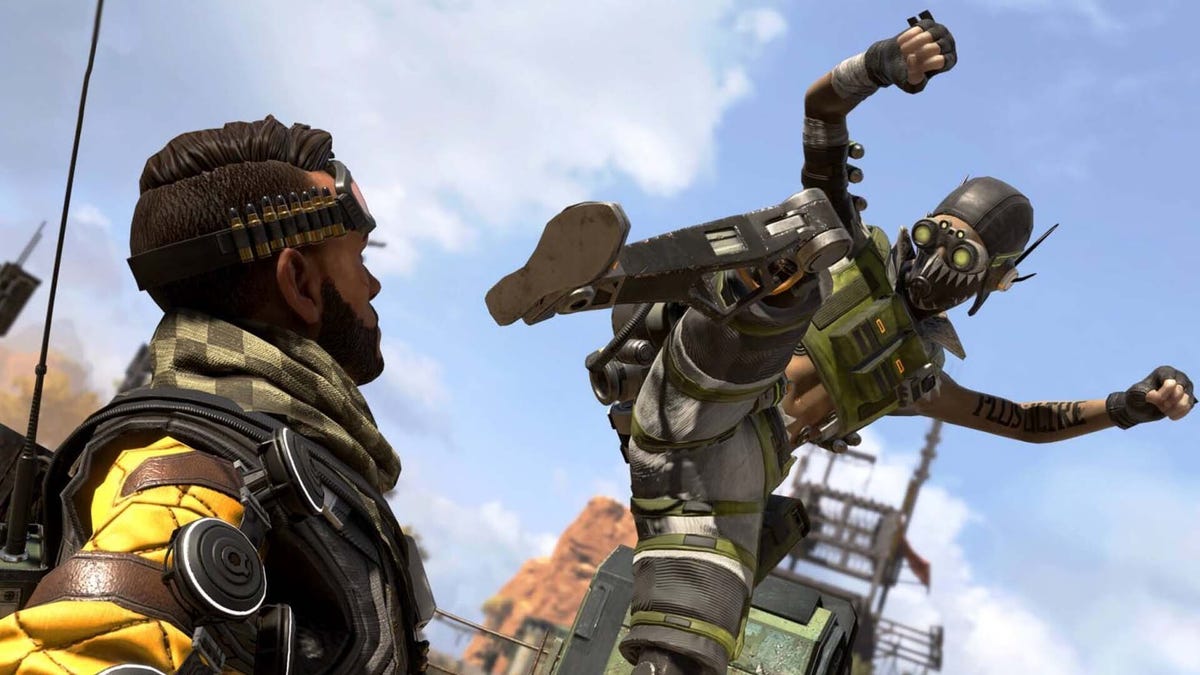 Respawn Entertainment took to Twitter this week with a statement condemning the “increased harassment” its employees have faced over the variety of issues plaguing the popular battle royale shooter Apex Legends.

In the statement, Respawn said that while it “loves hearing feedback” from the community, attacking developers isn’t healthy constructive criticism. The studio continued, saying it will work to “foster a respectful, collaborative environment” for its employees and players. “We welcome community input, however, the line between constructive feedback and the harassment of our dev team cannot be crossed,” Respawn said. “We want to remind our players that we have a zero-tolerance policy for threats and the harassment of our developers. We will take appropriate action to ensure the health and safety of our team.”

A live service game existing within the Titanfall universe, Apex Legends has seen a number of changes in the three-ish years it’s been on the market. New game modes, more playable characters, additional gear options—the battle royale shooter isn’t what it used to be despite the bones remaining largely the same. As is customary in game development, things break when new stuff is introduced. The audio, for example, has apparently been busted for years. Matchmaking has frustrated the community so much, casuals and pros started blaming each other for ruining the game. Then there are the bugs, which impact everything from exploration to hit detection. In short, Apex Legends is in a perpetual state of adaptation as Respawn irons out the game’s problems.

But while Respawn may be aware of the multitude of issues affecting Apex Legends, that hasn’t stopped hardcore stans from demanding that the team fix things now, not later. All over the internet, from Twitter to the game’s official subreddit, are complaints from players pressuring Respawn to “stop pretending” the game works fine. This is a vocal community. It’s full of folks willing to tear into the developers simply doing their jobs. I mean, there’s a whole Reddit post calling out “entitled” players. Honestly, ain’t that the truth?

Benefit the Starlight Children’s Foundation
For $10 or more, you can help hospitalized kids get access to video games—and get some sweet games for yourself too, including Lego Star Wars – The Complete Saga.

While the years of harassment have prompted Respawn to deliver this statement, some in the tweet’s mentions pointed to Apex Legends content creator Jacob “HisWattson” McMillin as a potential culprit. An outspoken Twitch streamer and Apex Legends pro for the U.S. division of Brazilian esports organization Furia, HisWattson was allegedly caught saying he “hates” Apex Legend’s head of security Conor “Hideouts” Ford earlier this month in DMs with noted Apex Legends hacker AutismGaming. With screenshots coming to light, EA then reportedly blacklisted HisWattson from tournaments, possibly because of his language. HisWattson clarified his intentions in replies to his tweets, saying he wasn’t “going to just bash [EA/Respawn] on Twitter” and that his word choice was “bad” because he was angry. Still, folks didn’t take too kindly to HisWattson openly expressing his supposed hatred for developers.

And that’s the thing: You don’t need to say you “hate” the people making games to criticize the game itself. Game development is hard enough as it is, what with shareholders breathing down folks’ throats, imposing impossible deadlines to line executives’ pockets at the expense of their employees’ well-being. Piling on developers, attacking them for things outside of their control, ain’t it. Seriously, people really need to learn to chill the hell out and have some respect for others.

Kotaku has reached out to HisWattson and Respawn for comment.

House of the Dragon’s time jumps and timeline, explained