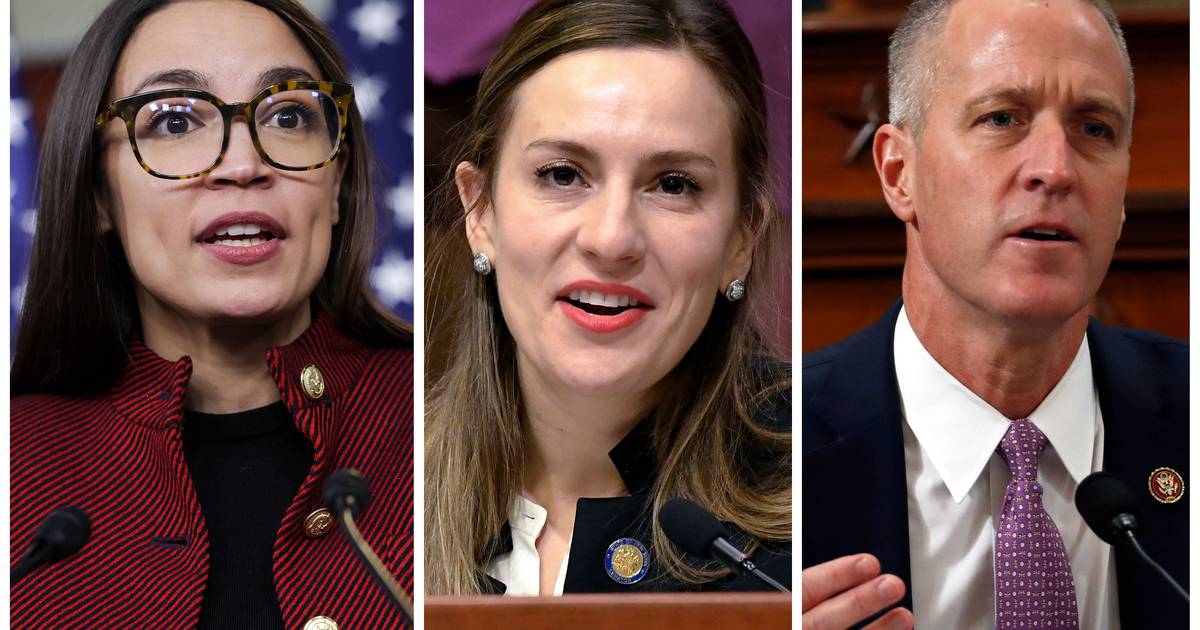 The boost from one of the most prominent progressive Democrats in the House comes just weeks after Biaggi announced she will take on Maloney, the powerful chair of the Democratic Congressional Campaign Committee.

Maloney angered liberal lawmakers when he abandoned his current Hudson Valley district and decided to run for a neighboring seat currently held by Rep. Mondaire Jones once new congressional districts were drawn up.

Biaggi dropped a bid for a Long Island-centric seat and decided to take on Maloney in the new 17th District, which covers all of Putnam and Dutchess counties as well as parts of Westchester and Rockland.

Ocasio-Cortez commended Biaggi’s work in Albany, where she has served as a senator representing parts of the Bronx and Westchester since 2019,

“Through hard work, Alessandra was able to break through and deliver a series of progressive wins for New York State,” the congresswoman said. “Now, she’s ready to take her leadership to Congress where I know she’ll continue fighting for working people.”

Biaggi told the Daily News last month she will soon move into the new district and said Maloney’s “selfish” decision to challenge Jones was a large part of what motivated her to run against him.

“People are outraged, straight up,” the liberal lawmaker said. “He did not even give the current representative the courtesy of calling and saying, ‘Hey, let’s have a conversation about this.’ He just decided to do it without any regard. Instead of thinking about the party, he thought about himself.”

Jones, who also backed Biaggi’s bid, has since decided to vacate his seat and run for a newly-created, and hotly contested district covering Lower Manhattan and parts of Brooklyn.

Democrats have been embroiled in various levels of intra-party drama since the New York Court of Appeals struck down the congressional map drawn up by the Dem-led Legislature and an independent expert crafted new boundaries.

Congressional primaries, along with the state Senate primaries, were pushed back from June to August 23 as a result.

Ocasio-Cortez and Biaggi have followed similar political paths as they both toppled once powerful incumbent Democrats in 2018 on their way to office.

Maloney, whose home is already in the redrawn district, told The New York Times on Tuesday that he believes the race will come down to local support.

“Nothing but respect for A.O.C. — in fact, I’m an original co-sponsor of the Green New Deal — but local voices are what matters in this race and they’re overwhelmingly supporting me,” he said. “They know best who delivers for the Hudson Valley.”

Industrial ship snaps in 2 amid massive storm off Hong Kong

Equity crowdfunding appears immune to market volatility, on track for its best year yet – TechCrunch