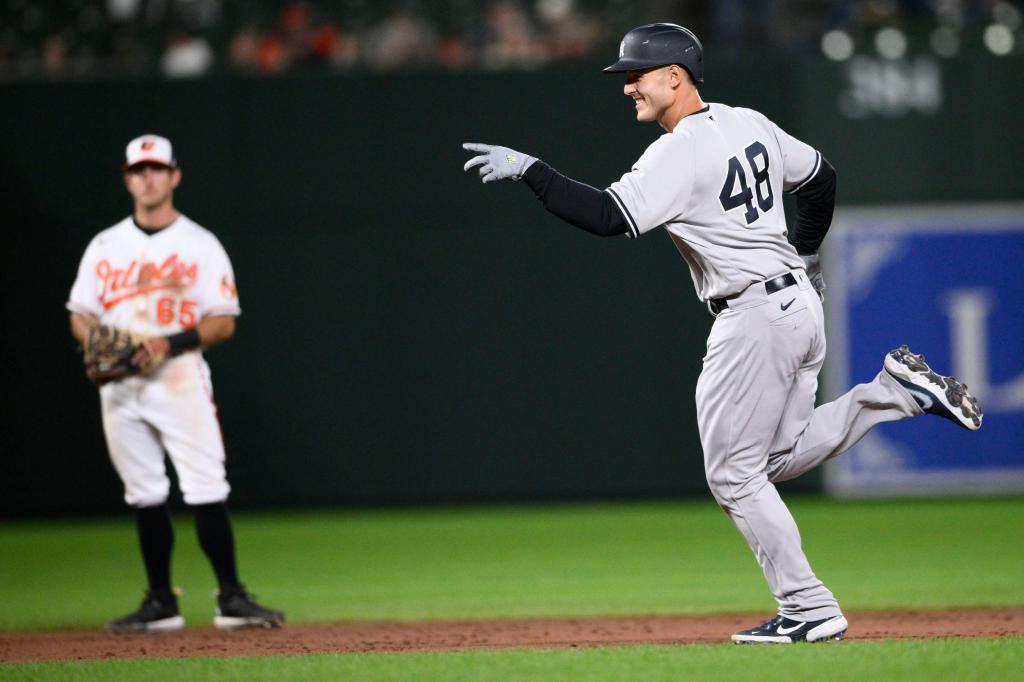 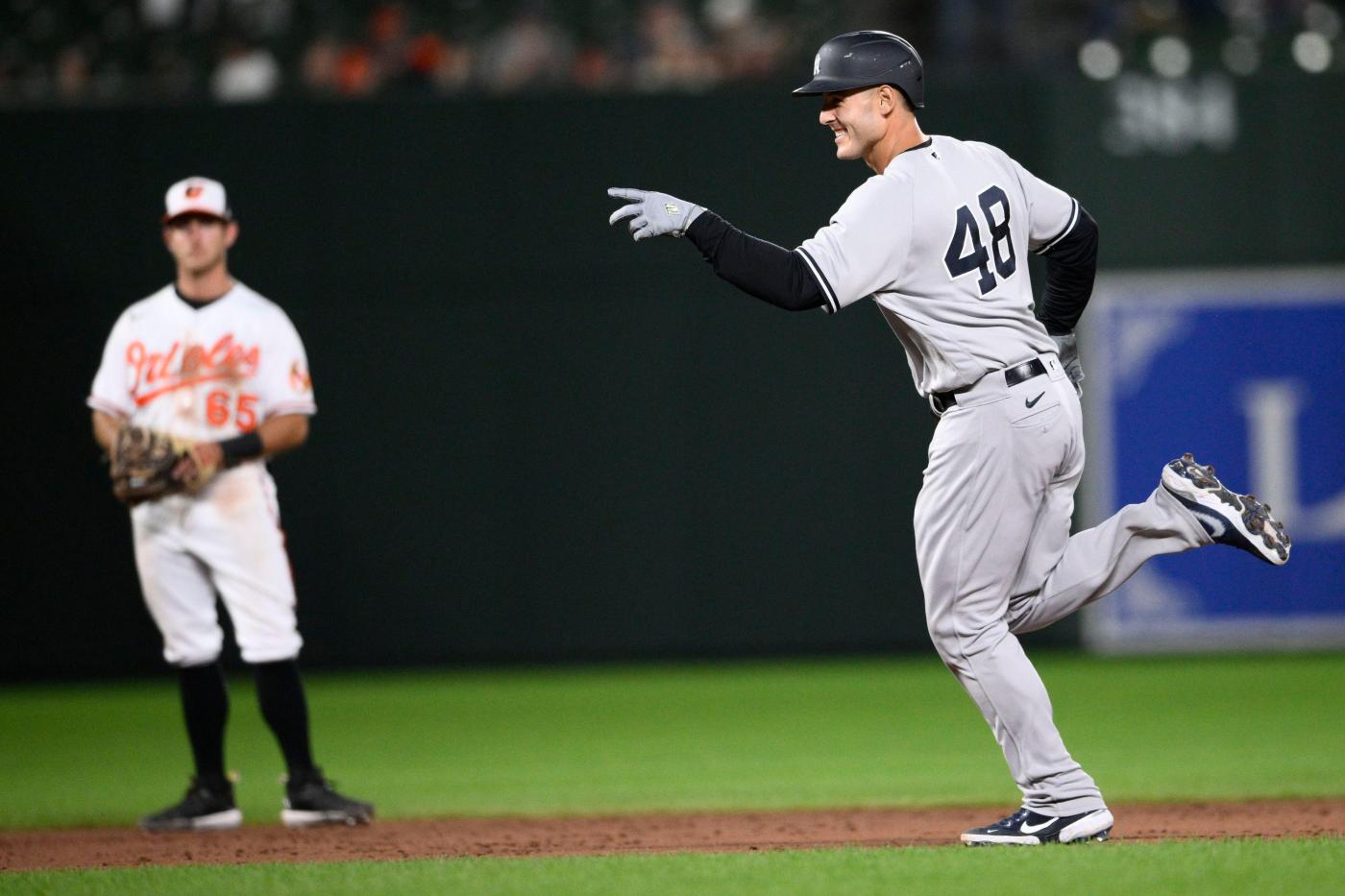 BALTIMORE — With his ninth-inning home run, Anthony Rizzo joined Aaron Judge (12) and Giancarlo Stanton (10) with double-digit home runs. Amazingly, it is the first time in Yankees history that they have had three players with 10 or more home runs within the first 35 games.

It took a while for Rizzo to get there. He had not hit a home run since April 29 in Kansas City — until he hit his 10th of the season in the ninth inning.

“It’s definitely just part of the season where you put in the work and you don’t necessarily get the results. So it’s definitely a battle, but usually you get into ruts like that and one swing like that could definitely help,” Rizzo said of his homer. “I feel like yesterday was a lot closer, even some of the outs today didn’t necessarily look too good, but felt better so we just gotta keep going every day and you know once we can just switch it all.”