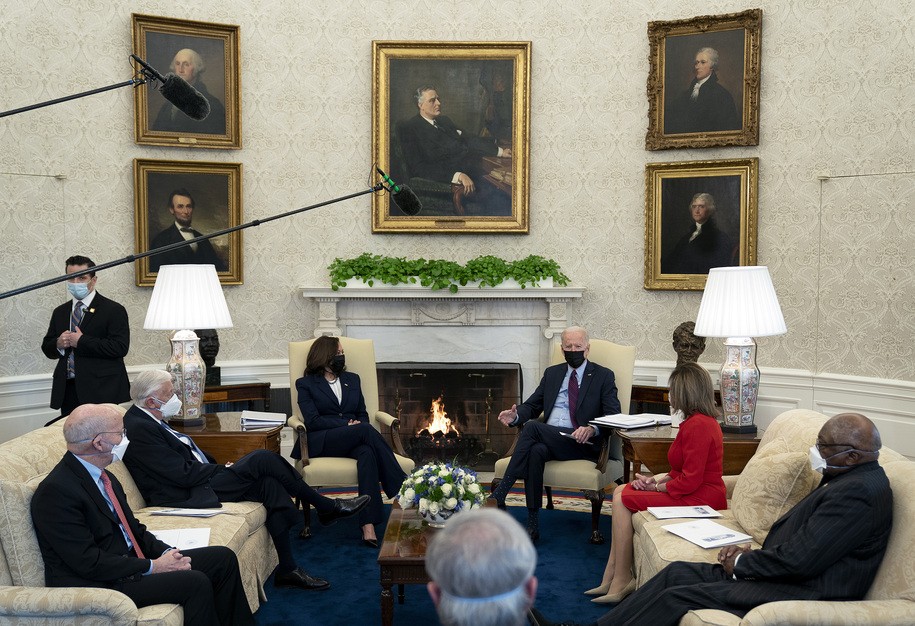 Where the cases are

There are a lot of maps circulating of where the current rate of infection is the worst, but too many of those maps in the last few weeks have been based on trends. Which can really be deceptive. Mapping an area as relatively safe because it’s seen a significant drop in the new of cases, or the percentage of positives has moved down, means little so long as the overall prevalence of disease remains high. So this map is a bit different. It takes the 7-day moving average of new cases based on data posted at WorldOMeters and then uses state population to put that in terms of cases per 100,000 people.

The results show that the surge of cases in the Upper Midwest has largely receded, with many of the areas currently generating the most cases being in states that had been part of previous peaks in the spring or summer. South Carolina and Texas tipped the scale at 66 and 62 cases per 100,000 people each day, but there are a collection of other states close behind—including New York, where an average of 54 cases/100,000 per day certainly indicates this is a bad, bad time to be reopening anything. For comparison, that rate is roughly the same as what the state saw at the worst of the peak in April 2020. Cases may be trending downward, but the virus is unimpressed by charts. Given an opportunity to spread, it will.

One sign of change this month is going to come in terms of saying farewell to a site that been one of the go-to sources for everything from case counts to testing information—the COVID-19 Tracking Project. The site, managed through much of its existence by The Atlantic, announced on Feb. 1 that, while the pandemic is still far from over, its time monitoring that pandemic is ending.

The site called on contributions of both professionals and volunteers to crowdsource data, and at some points over the last year has provided the best data available, especially when it comes to information on hospitalization rates and ICU beds. When the Trump White House took much of the former CDC data off to a private contract in mid-pandemic, the COVID-19 Tracking Project was a very valuable resource in trying to make up for the missing data.

The site will remain open and active until March 7, but makes it clear that—quite rightly—all the work it has been doing to collect and analyze information on COVID-19 should be the job of a government agency. Fortunately, President Biden signed an executive order on his first full day in office calling for the CDC to publish a dashboard “so that Americans can gauge the level of transmission in their own communities to make their own informed choices.”

Some results of that order are already available, including this map …

Which … definitely makes it appear as if someone should have checked the latest update at the CDC site before spending a lot of time cranking data through Excel to produce an inferior product. Also, I don’t know why Alaska in particular looks so different in CDC’s county level data vs. WorldOMeter’s state level average.

In any case, the conclusions are that things in Texas are still red hot, the COVID-19 Tracking Project folks deserve to take a well-earned rest, and the CDC site is finally turning into the kind of data source it should have been from the beginning.

The second shot is the deepest

Actually, that’s not true. Both shots are the same. However, it was clear from the data that both Pfizer and Moderna posted in their reviews before the FDA that there were more reports of reactions following the second shot. That’s to be expected. After all, data shows that the first shot created a high level of immune response in the first two weeks after injection. The second shot comes along with a blast of additional material that triggers that response.

Now The Atlantic is reporting that patients how have received their second dose are finding that it sometimes hits with a punch that they didn’t feel when receiving the initial jab. Side effects including fever, chills, aches, and pain around the injection site are more common after the second dose. That may make people feel miserable, but it’s not actually a bad thing. It shows that the vaccine is doing exactly what it is supposed to do—train the body’s immune system into responding to the proteins of SARS-CoV-2. Even so, it’s not necessarily pleasant. Even those who skated through the first jab without an issue should be prepared for a potentially more powerful reaction the second time around. If it happens, just tell yourself “that means it’s working.” (Note: These reactions are not the same as allergic reactions. Allergic reactions can happen in response to any vaccine, and even to placebos. Everyone getting a vaccine should stay aware of the potential of allergic reaction in the period immediately after the jab. Such things are rare, but can be severe.)

But what happens when it’s time for a second shot of Moderna or Pfizer, and the local supply is bare? As the Associated Press reports, a study is beginning in the U.K. to test the effectiveness of mixing and matching vaccines. Participants in the study will get one shot of the Pfizer vaccine, one of the AstraZeneca vaccine. The two vaccines target the same spike protein, but were created using different technologies and have had different levels of efficacy in trials.

The mix-and-match trial will determine whether using different vaccines for the two doses is safe as well as comparing its efficacy to two doses of the same vaccine. There is some hope that, because of slight differences in the vaccines, they might actually be more effective in dealing with the coronavirus, especially the host of new variants. Another such study is expected to get underway in the U.S. using a different mix of vaccines. (Note: AstraZeneca has not yet submitted their vaccine to the FDA for an Emergency Use Approval, even though it’s been available in the U.K. for several weeks, after the Phase 3 trial data highlighted some significant questions).

Not only could the mix and match approach potentially provide better results, it would also alleviate some fears about not having vaccine available when someone is ready for their second dose.

The data from Johnson & Johnson and Novavax may be the first to show how some of the new coronavirus variants are affecting vaccine efficacy in human trials, but several manufacturers have already been back to the lab to mix some of the modified proteins from the latest variants into their mix. One advantage of the mRNA process used by both Pfizer and Moderna is that it allows quick generation of new versions—the original Moderna vaccine was created within three days from which China first released the genetic sequence of the virus in Wuhan. So it shouldn’t be surprising that both Pfizer and Moderna are already moving ahead with updates to their COVID-19 vaccines. As Bloomberg reports, they’re not alone. AstraZeneca is also working on an update to its vaccine that’s been widely used in the U.K.

Several of these updates are moving forward as “booster shots” that would be given to patients after they’ve received their initial vaccine. It’s possible that these shots could be effective at lower doses, making it easier for companies to manufacture them in quantity. What’s unclear is the process by which these updates will become available to the public. It’s likely a streamlined system will be developed, similar to the way in which annual updates to flu vaccines are pushed out. However, that may first require that COVID-19 vaccines have full approval from the FDA rather than operating under an Emergency Use Authorization.

A year in review

It’s too soon for the kind of post-mortem reviews of the pandemic that we would all like to write. The ones that end with “and then the disease was eradicated and everyone celebrated by creating Second Thanksgiving.”

But even though the pandemic is still with us, and by any rational measure still raging, The Washington Post has written a touching account of how the virus swept through their hometown and surrounding states. It’s a story that highlights both the way COVID-19 treatment has—like every healthcare issue—been overtly tied to race and class. It’s also a story that shows how the disease has affected people on a personal level, no matter how large, small, or nonexistent their home may be.

Her last conversation with John came two days after they were hospitalized, text messages sent from separate rooms.

He did, for 13 more days, until the family decided to remove him from life support.

Please remember this is not over. Wear your mask. Keep up precautions. Don’t let down your guard.

And when any vaccine is available to you, get it.


And in more vaccine news, Bloomberg reports that President Biden is invoking the Defense Production Act to accelerate production of Pfizer’s vaccine.