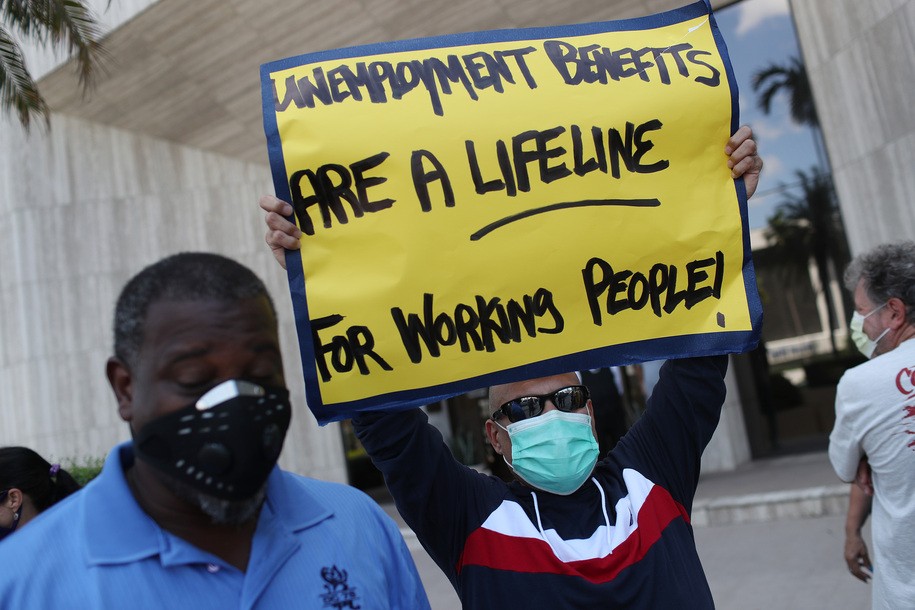 President Biden and other Democrats are considering means-testing the direct payment check. Not because this will gain them any Republican votes. It’s pretty clear they won’t, which is why budget reconciliation is the only path forward with the Democrats’ slim advantage in the Senate. By pondering means-testing, a move that will cut off otherwise affluent people who have been economically hurt by the Pandemic Recession, Democrats are essentially negotiating with themselves. As my colleague Joan McCarter notes in her analysis this morning:

It’s hard to characterize this as anything other than dumb and self-defeating when it’s pretty clear that Democrats are on board and Biden has already made it clear to Republicans that he doesn’t need them. So why they’re doing this—all the while talking about “going big”—is a mystery. And unnecessary. And counterproductive.

As The American Prospect’s David Dayen notes, there is a simple way that Democrats can minimize the number of needy Americans who miss out on relief checks while withholding further fiscal aid from most upper-middle-class households: Send $1,400 to everyone now, and tax it back from people who report high incomes on their 2021 tax returns.

This approach remains imperfect: Just because someone has a six-figure income in 2021 does not mean that their finances weren’t significantly impaired by the pandemic. But it would nevertheless come much closer to realizing the moderates’ ostensible goal of targeted aid. All Americans who are currently struggling financially would receive help, regardless of how they were doing before the pandemic. And all households that currently have high incomes would net zero dollars from the program by next year.

Given how well this policy design fits the moderates’ stated objectives, the fact that it hasn’t even come up for discussion demands explanation.

And at the Economic Policy Institute, Heidi Shierholz writes:

January jobs data will be released tomorrow morning, and expectations are that things in January were little changed from December. As of December, there were 26.8 million workers—15.8% of the workforce—who were either unemployed, otherwise out of work because of the virus, or had seen a drop in hours and pay because of the pandemic. More relief is desperately needed. A key reason more relief is so important is that this crisis is greatly exacerbating racial inequality. Due to the impact of historic and current systemic racism, Black and Latinx workers have seen more job loss in this pandemic, and have less wealth to fall back on. The $900 billion December COVID-19 relief bill was not nearly enough. To get the economy back on track in a reasonable timeframe, we need policymakers to pass an additional roughly $2 trillion in fiscal support. In particular, it is crucial that Congress provide substantial aid to state and local governments. Without this aid, austerity by state and local governments will result in cuts to essential public services and the loss of millions of jobs in both the public and private sector.

The last thing Democrats should be doing now is watering down relief. While the vaccines will eventually get us out of our dual medical and economic crises, the accumulated pain of 10-and-a-half months will be with us for a long time in the future. As the CBO concludes in a report this week, employment levels will not return to pre-pandemic levels until 2024. The last thing we need to be doing right now is reducing direct relief because some affluent people might get assistance they supposedly don’t really need. As David Dayen notes, we have a fix for that.