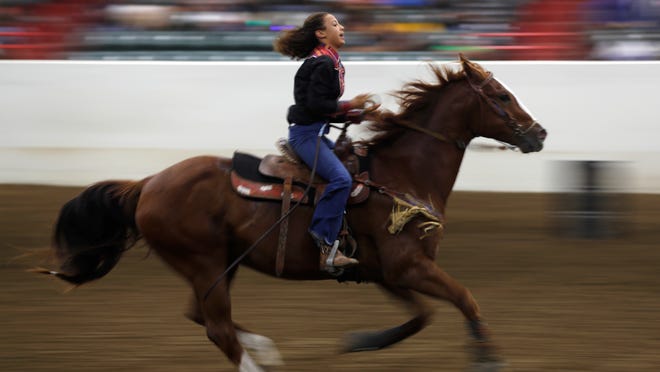 The Real Cowboy Association announced Friday via Facebook that the organization is canceling the 19th Annual Black Cowboy Association Rodeo that had been scheduled for July 16 at the Mississippi Coliseum in Jackson over safety concerns.

“Unfortunately I have to announce that the 19th Annual Jackson Black Rodeo is canceled,” the May 20 Facebook post states. “Reasons are due to previous incidents on the Fairgrounds that will restrict the event from being what it has been.

“I stand for the safety of All RCA Fans, Cowboys, and Cowgirls.”

The Real Cowboy Association has held the annual event in Jackson for the past 19 years. The association’s goal is to influence and help promote leadership, scholarships and provide a increase in business involvement in the community, according to the group’s website..

More:In Tunica, a Memphis cowboy’s new Black rodeo pays homage to those before them

Attempts to reach someone for comment at the Real Cowboy Association headquarters in Longview, Texas, were not immediately successful Monday.

“It is with a heavy heart that we announce the cancellation of the festival,” JXN Fest organizers posted on their website last week. “Due to unforeseen circumstances beyond our control, we have been forced to cancel the festival scheduled to take place on May 27, 28 and 29.

“…Ultimately, in part due to the climate of today’s times, we feel like putting on the JXN Fest would present too many situations that have the potential to do damage to not only our community but also our city and state…”

The cancellations come after a May 1, shootout between rival groups of teenagers at the Mississippi Mudbug Festival on the Mississippi State Fairgrounds in which a law enforcement officer shot and killed a teen suspected of firing shots that injured several people.

A voicemail left with the Mississippi Department of Agriculture and Commerce, a sponsor of the event, and messages left with the Hinds County Sheriff’s Office, and the Jackson Mayor’s Office, were not immediately returned Monday.

The Clarion Ledger will update this story as more information is available.

Ground broken on church for incarcerated women within Pearl prison