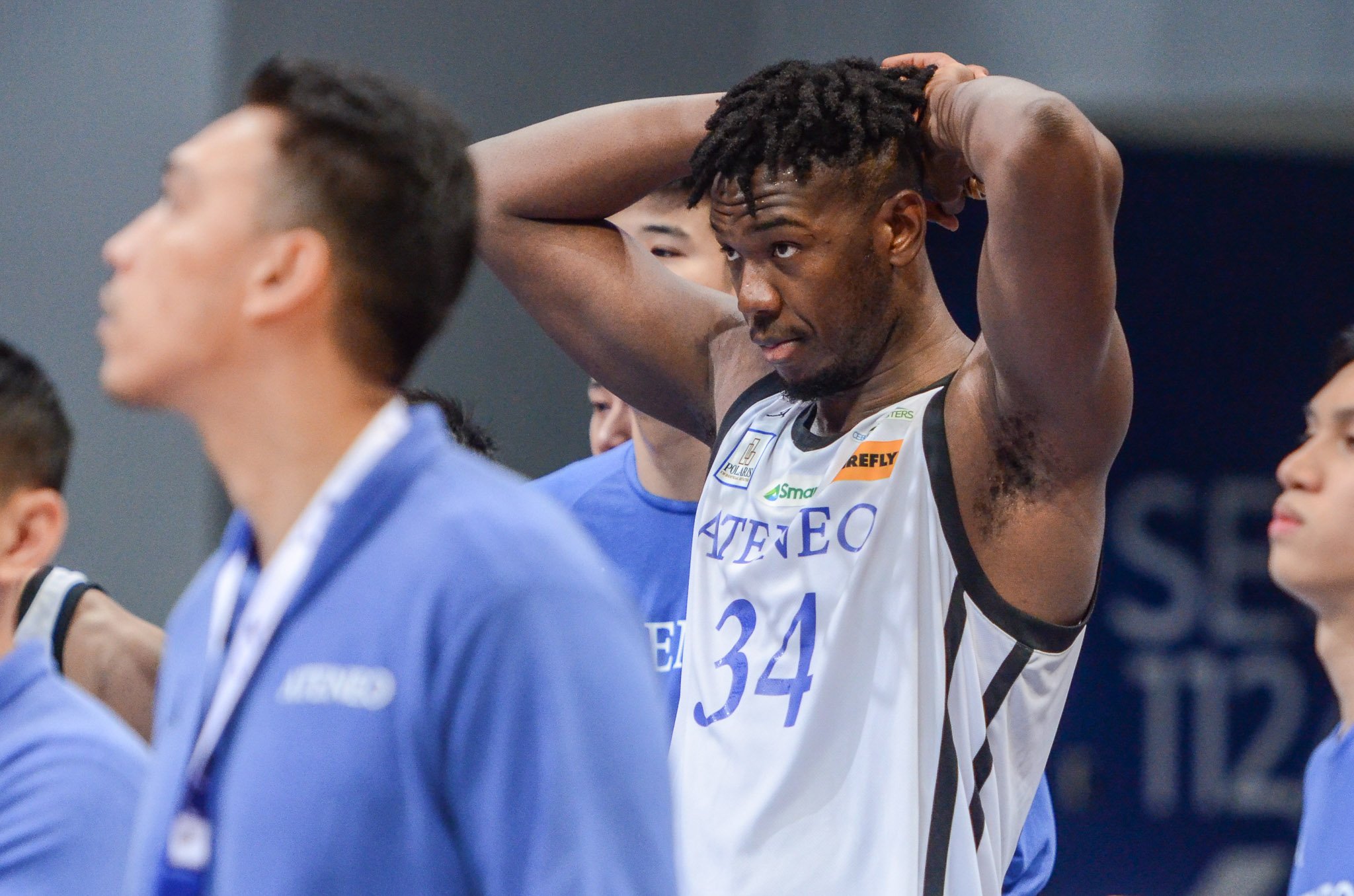 MANILA, Philippines — Ange Kouame seeks redemption next UAAP season after Ateneo’s three-year reign was ended by University of the Philippines in a tough winner-take-all Game 3 loss.

The UAAP Season 84 MVP wanted to win the fourth straight championship for the Blue Eagles, but JD Cagulangan shattered their dynasty with a game-winning trey in overtime and ended the Fighting Maroons’ 36-year title drought with a dramatic 72-69 victory on Friday at Mall

“You might say success. But I don’t think this is enough. It’s a team sport. Certainly, we finished second but we cannot go back,” said Kouame, who dropped 12 points, 14 rebounds, four assists, and three blocks in Game Three.

Although it was a bitter pill to swallow for the Blue Eagles, the 6-foot-11 center still felt the love of the Ateneo community, which inspires him to do better next season.

“I’m just thankful and blessed to feel the support every single time. I think like this is one of those motivations, especially today I feel like I let all of the people down,” he said. “I know a lot of people were really supporting us. I’m really striving for them.”

The naturalized Filipino big man vowed to stay with Ateneo in Season 85 set in September and he is determined to bring back their lost glory.

“I’ll be here next (season). We’ll try to figure it out. Next year is going to be better,” Kouame said.

“This is a young man that came to us with a lot of raw ability, a lot of promise. But what he had and what he has for a basketball player, for an athlete will ensure that he will be successful and that is that he has an undying passion to give everything he’s got. And he doesn’t even know that, it’s just in his DNA,” Baldwin said. “But he went out on the court and he didn’t try to impress anybody. He just did what Ange Kouame does, he just pursued, relentlessly pursued.”

“And it’s what he still does today, he stacked on a lot of ability and a lot more understanding of the game. And that’s what makes him such a highly valuable player,” he added.

Baldwin is proud of Kouame not just because of his skills but also his humility.

“He might be the Most Valuable Player in the league, but he’s certainly one of the most remarkable young men that I’ve ever met,” Baldwin said. “I’m so proud of him. But there’s a lot more to do and as he said, we have more work to get back to soon.”