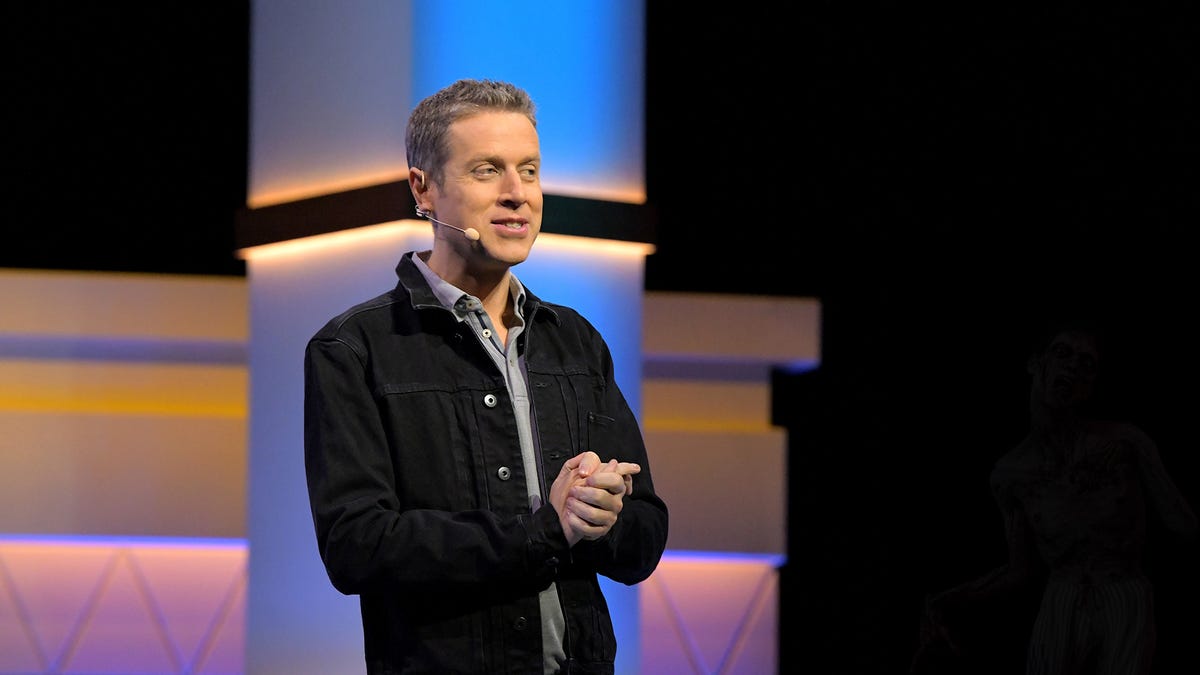 E3? More like E0! That’s the sort of total groaner you could expect to hear at an E3 press conference—y’know, if the games industry’s historically biggest marketing event was actually happening in 2022.

Yes, for the second time in three years, the Entertainment Software Association (ESA) has called off its flagship event. In 2020, event organizers declined to host an E3, citing the covid-19 pandemic. Last year, it returned, but as a purely digital charade. Rumors around E3 2022’s cancellation swirled as early as January, and the ESA officially called off the event in the spring, saying it would return next year.

But the show(s) must go on. In fact, without an E3 to suck up all the oxygen in the room, the roadmap for video game buzz is looking a lot like 2020’s: a series of disparate conferences sprinkled throughout the summer. Yay? Anyway, here’s the schedule of press conferences planned for summer 2022, which we’ll update accordingly as more companies announce their not-E3 plans.

Not-E3 season kicks off with Summer Game Fest, a digital showcase wherein games industry hype man Geoff Keighley gets on stage to talk about “world exclusives!” and “world premieres!” in between a slew of trailers for games we’ve seen before. Pretty much every publisher on the planet—from bigwigs like 2K and EA to slightly less-big, uh, wigs like Annapurna—signed on board for last year’s event. This year’s partners are TBA, so it’s unclear what exactly to expect.

Guerrilla Collective, now on its third year, is a showcase focused on indie games. The past two years have been quite fun, featuring games from the likes of Neon Doctrine, Akupara, and other offbeat publishers. No reason to expect this year will be any different. It’s immediately followed by…

If typical video game pressers are metal concerts, Wholesome Direct is an all-acoustic open mic at your local coffee shop. Rather than big-budget bombast, the event showcases lighter fare from typically independent developers. Last year’s event featured a handful of smaller games that hit it big, including the placid fishing sim Moonglow Bay and the emotional gut-punching puzzler Unpacking.

Future Games Show is an hour-long showcase put on by GamesRadar+. The publication says it’ll spotlight 40 games, mostly from mid-sized publishers like Team17 and Thunderful. In any case, in terms of its game-to-time ratio, expect quite the sizzle reel!

Bethesda is now just one of Xbox’s 8,170 first-party studios, but it’s the only one with top-billing for Microsoft’s not-E3 presser, the Xbox & Bethesda Games Showcase. Microsoft’s two big exclusives for 2022 were games published by Bethesda: the spacefaring RPG Starfield, and the Arkane-developed vampire shooter Redfall. Both were recently delayed into the first half of 2023. Bethesda hasn’t shown gameplay off for either. Hmm, I wonder what’s going into this press conference…

Blizzard will host a showcase for its “is that really a sequel?” sequel to Overwatch. It’ll cover details about what’s coming to Overwatch 2, including the next PvP beta.

Over the past year and change, the Embracer Group has quietly become a major gaming publisher. No word yet on if Embracer will start doing its own splashy pressers to cover everything, but one of its subsidiaries, THQ Nordic, will host its own late-summer event. It’ll spotlight updates on existing games—the ad spot for the presser showed a glimpse of last year’s extremely average BioMutant—as well as pull back the curtain on some new games.

So it begins, so it shall end. Geoffstravaganza Summer 2022 wraps up with Gamescom Opening Night Live, which for some reason is scheduled for the second day of the Frankfurt-based gaming expo. Last year, announcements during Opening Night Live almost single-handedly teed up February 2022 as one of the most packed months for blockbuster games ever (RIP reviewers and guides writers). Please, Geoff, don’t do the same thing again this year. I’m sorry for making fun of your sneakers that one time!

Synced Open Beta Hands-On Preview: Can This Nano-Infused Looter Shooter Do Enough to Stand Out?