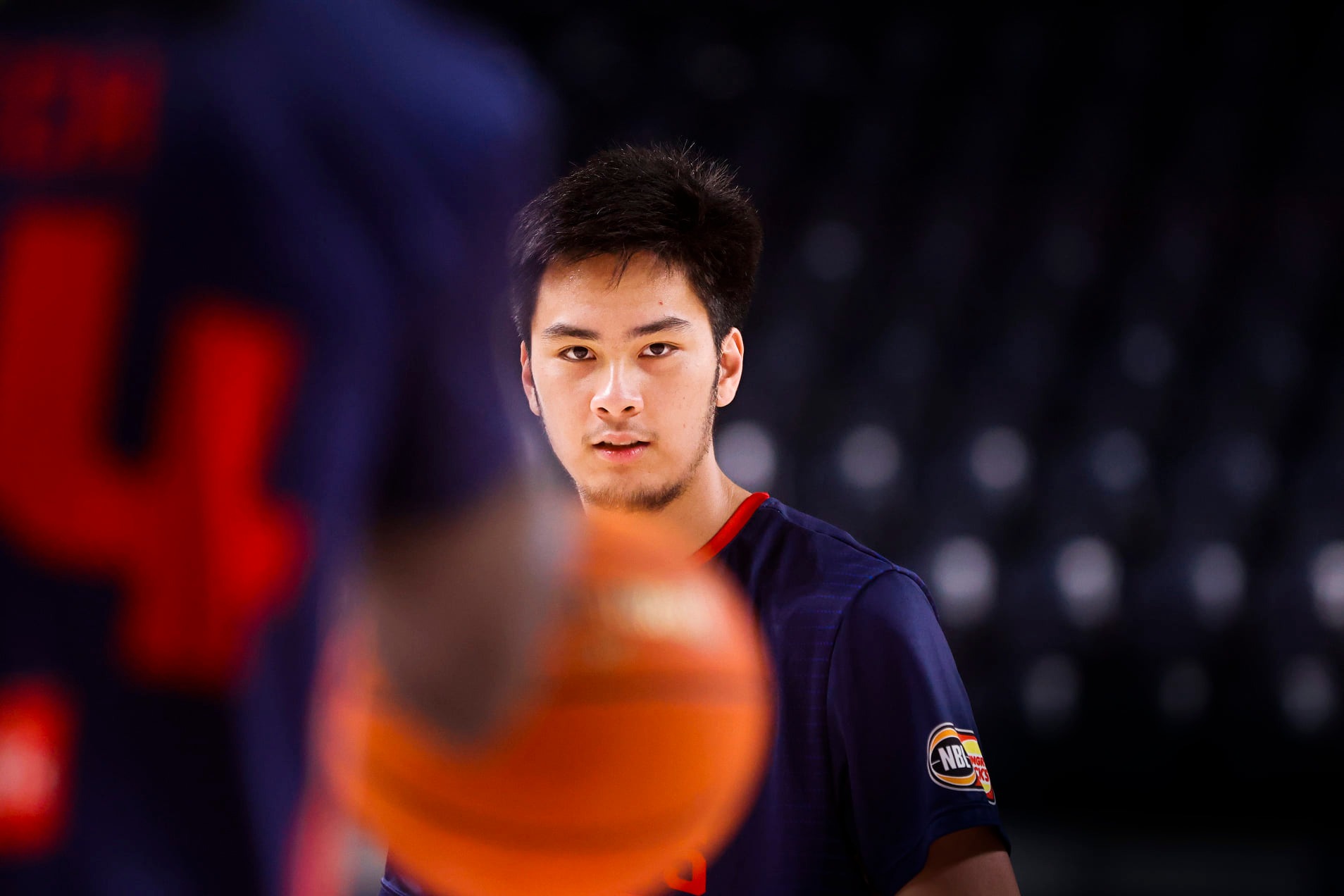 So, how does Kai Sotto reassemble the picked-apart pieces of his NBA dream after this year’s Rookie Draft snub?

Immediately after that door was slammed shut, windows of opportunity have opened for the 7-foot-3 center. There were immediate offers from NBA squads to suit up for their Summer League rosters. The Australian pro league, where he NBA-readied himself the past year, is still an option. Europe can’t be ruled out either.

“Of course, my development is No. 1 priority. I’m only 20 years old so I still have a lot of room to grow and develop and to improve,” Sotto told PlayItRight TV.

His management team, led by agent Joel Bell, had initially hosed down invites to Las Vegas, which will host the Summer League—a tournament that gives players at the fringes of NBA rosters a chance to keep their spots and provides low-tier free agents and undrafted prospects a chance to impress scouts and coaches.
Sotto’s team claimed that the former Ateneo high school star will instead focus on his stint with Gilas Pilipinas.

But the kid shot that claim down, saying his team “misspoke” his intentions and that the Summer League route had not been scrubbed off completely just yet.

“The dream is always the NBA so I have to do whatever it takes to get better and get stronger, to improve. It’s just a speed bump. We didn’t get to Plan A but we got Plan B. This is not a signal for me to stop, but to keep on going,” said Sotto.

In deciding how exactly he should “keep on going” and where it is that he should go, two things will remain important.

“With windows of opportunity getting smaller, Sotto’s next stop must also be his next step toward his NBA dream.”

First, Sotto’s next step must be a decision he makes for himself. After all, he looks like a kid who pretty much has a good grasp of how best to proceed with his plans to be the first homegrown Filipino to play in the NBA.

“I just have to do everything to get better and reach my dream. It’s not yet over,” Sotto said.

He even has a solid idea of why no team took a chance with him in the second round of the NBA Draft—which was probably the most watched and highly-anticipated Draft second round in history. Sotto was very much aware that his most tantalizing offer—his upside—wasn’t much of a bargaining tool.

“[NBA teams are] usually looking for bigs who can defend quicker and small players. NBA today has a lot of switches, pick and rolls. They’re looking for the ones that are athletic, mobile, faster,” he said. “I think that’s what I lacked and need to improve on for me to have a spot on an NBA team.”

Which leads to the second important thing: His next stop—If it’s not in the Summer League—must take into account that this is a young and promising kid fighting to get to the NBA, not just some rare ceiling-blessed talent who would be an asset anywhere else in the world.

Whether he focuses on the national team, takes his talents to Europe or plays out his contract in Australia, those destinations will have to give Sotto space to grow and develop, too.

With windows of opportunity getting smaller, Sotto’s next stop must also be his next step toward his NBA dream.