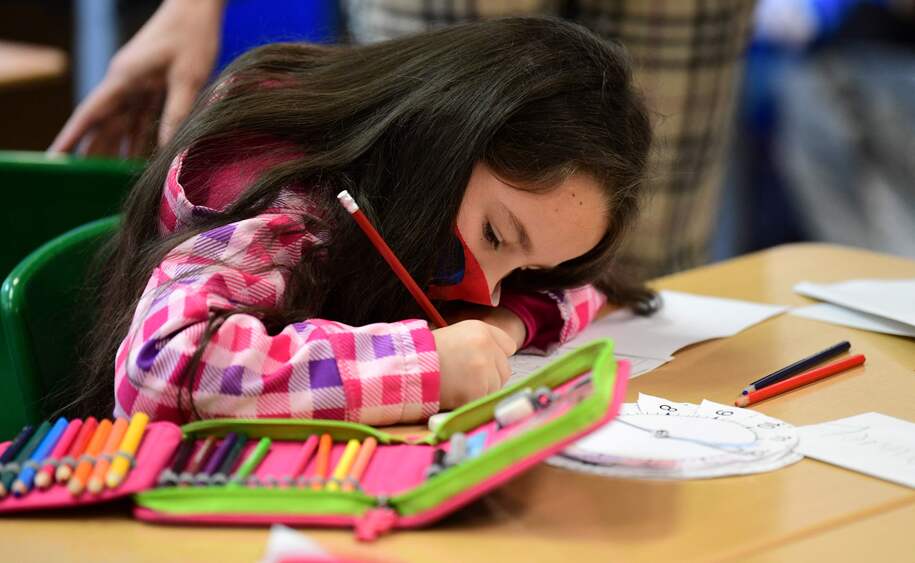 Both German exit polls project for now that the AFD, Germany’s far-right party, has gone *down* since the last elections (when it got a historic 12.6%). But also that it’ll remain at a very high level (10-11%).

Affluent, Anxious and Almost Normal: A Journey Through Merkel’s Germany

Mr. Djordjevic makes combustion engines for Daimler, one of Germany’s flagship carmakers. He has a salary of around 60,000 euros (about $70,000), eight weeks of vacation and a guarantee negotiated by the union that he cannot be fired until 2030. He owns a two-story house and that E-class 250 model Mercedes in his driveway.

All of that is why Mr. Djordjevic polishes the star on his car.

“The star is something stable and something strong: It stands for Made in Germany,” he said.

There is the father taking paid parental leave in Catholic Bavaria. The married gay couple raising two children outside Berlin. The woman in a hijab teaching math in a high school near Frankfurt, where most students have German passports but few have German parents.

There is the coal worker in the former Communist East voting for a far-right party that did not exist when Ms. Merkel took office. And two young brothers on a North Sea island threatened by rising sea levels who do not remember a time when Ms. Merkel was not chancellor and cannot wait to see her gone.

“She has known about the danger of climate change for longer than we’ve been alive,” one of the brothers told me while standing on the grassy dike that protects the small island, Pellworm, from flooding. “Why hasn’t she done anything about it?”

The pro-Trump slate took center stage at a rally at the Georgia National Fairgrounds, as the former president pushed to continue to refashion the state GOP in his mold and promoted falsehoods that the state election was tainted by widespread election fraud.

Trump disparaged Secretary of State Brad Raffensperger and called Lt. Gov. Geoff Duncan “terrible.” But he reserved his harshest attack for Gov. Brian Kemp, repeatedly saying that he would have rather seen Democrat Stacey Abrams win in 2018.

The texts I’m getting from Republican officials: “What a shit show.” “We have reached a new low.” “I am just so mad — beyond words.” Then there’s this from a former GOP legislator: #gapol https://t.co/QwLPAiuVkj

Swimming against the tide: GOP fights to make inroads among millennial and Gen Z voters

Swimming against the tide, Republicans are courting young conservative voters in hopes of narrowing the yawning gap between the parties, even if they have little hope of eliminating it.

“No doubt about it, it is going to be an uphill battle with young people,” said Andrew Kolvet, spokesman for Turning Point USA, a student-oriented conservative group that has just launched a livestreaming platform. “But there is budding optimism on the conservative side. We are finally starting to fight back.”

Republicans are at a big disadvantage: Democrats in 2020 won young voters’ support by about 25 percentage points, in part because a majority of the generation believes progressive policies best address their economic needs. Anti-immigrant rhetoric from GOP leaders, coupled with support by white nationalists, didn’t help with the most racially diverse generation in U.S. history: About 45% of millennials (those born between 1981 and 1996) and nearly half of Gen Zers (those born after 1996) are people of color, compared with 30% of baby boomers.

62.1-37.9 looking to be the final margin in California. 24.2 points. 8 points better than the polling average. Slightly better than Newsom’s margin in 2018. https://t.co/g0XkylnvMH

None of the hot takes about this being a disaster for Democrats were rescinded. This is actually a decent article from Politico:

Elder energizes California GOP but steers party against the tide

Seemingly overnight, Elder galvanized support from GOP voters in the state, building on his decadeslong experience of connecting with radio listeners to energize Republicans in a way no statewide candidate has in a generation. But his popularity is limited, constrained to one wing of a party that has withered to 24 percent of registered voters as the state has grown ever more liberal.

Newsom used Elder as his chief foil in the recall campaign, telling voters that the Republican would be a Trumpian governor, a message that resulted in a landslide win for the Democrat. Elder’s future plans remain uncertain, and the dilemma of who will lead the minority party, and how, comes as California Republicans gather by the hundreds this weekend in San Diego for their twice-yearly convention to make some of those calculations.

That was the point, of course. The point was always to try to bolster reasons to be skeptical of the results. This was framed by state Senate President Karen Fann (R) as being an effort to rule out various conspiracy theories about the election but looking for monsters under a kid’s bed only reinforces that monsters are worth looking for. The Republican base — and a state party that had encouraged people to be willing to “give their life” for the fight against purported voter fraud — was clamoring to be taken seriously. So the Senate Republicans took them seriously.

To an extent. The group selected to conduct the review was called Cyber Ninjas. Run by Doug Logan, who’d publicly embraced debunked conspiracy theories about the election, the firm had no experience in actually reviewing election results. It was quickly obvious that no wild goose would go unchased, as most obviously evidenced by volunteers involved in the effort being tasked to try to identify bamboo fibers in cast ballots under the cringey theory that illegal votes had been flown in from Asia.

One of the strongest signs that the vaccines are working and that regional differences aren’t just seasonality is a look at differences *within* states.

Within a given state, counties with higher vaccination rates do tend to have lower COVID rates.https://t.co/ysPGxxGSC4 pic.twitter.com/fGFgl7VncZ

Maybe We Should Be Talking More About the Trump Coup Memo

Why did TV networks ignore it?

It is a little weird to read all these months later about something that was also plain as day at the time. Thursday marked the one-year anniversary of a Barton Gellman article in The Atlantic that laid out the strategy that Trump, with Eastman and others’ help, would pursue. Mother Jones and others covered closely the efforts from the Trump campaign to throw out votes in courts and disenfranchise entire states. My colleague Becca Andrews was even in Atlanta on December 14 when Georgia Republicans showed up at the Capitol to endorse their own pretend slate of Trump electors—a bizarre sideshow that was nonetheless part of a scattershot, collective pretext for the strategy Eastman spelled out. January 6 happened on live TV. But what was described on those couple of pages is what all the stunts and subterfuge were building up to—notes, as it were, on a criminal fucking conspiracy.

There have not been a lot of attempts to depose elected American presidents in my lifetime, though I’m only 34. Not knowing for sure what happens when you dissociate “peaceful transfer of power” from “a society entirely predicated on it,” I sort of think this is a pretty big deal. This is a break-the-glass moment, as some have said, only someone else already broke the glass and took the axe and is running around with it.

But it is not such a big deal, apparently, if you watch network TV news. On Wednesday, Media Matters’ Matt Gertz reported that the total number of minutes devoted to the story on either the morning or evening editions of ABC, NBC, or CBS News in the first two days after the memo was published was zero. “In fact,” Gertz wrote, “the only national network broadcasts to mention Trump’s coup memo were the late-night variety shows hosted by Jimmy Kimmel, Stephen Colbert, and Seth Meyers.”

It isn’t true that facts never change minds. They just don’t change minds that are already made up.

If you see your ideas as identities to defend, you twist and resist data to rationalize your views.

If you treat ideas as hunches to test, you embrace data to update your views.