America to conservative Democrats: ‘We suffer while you debate’ 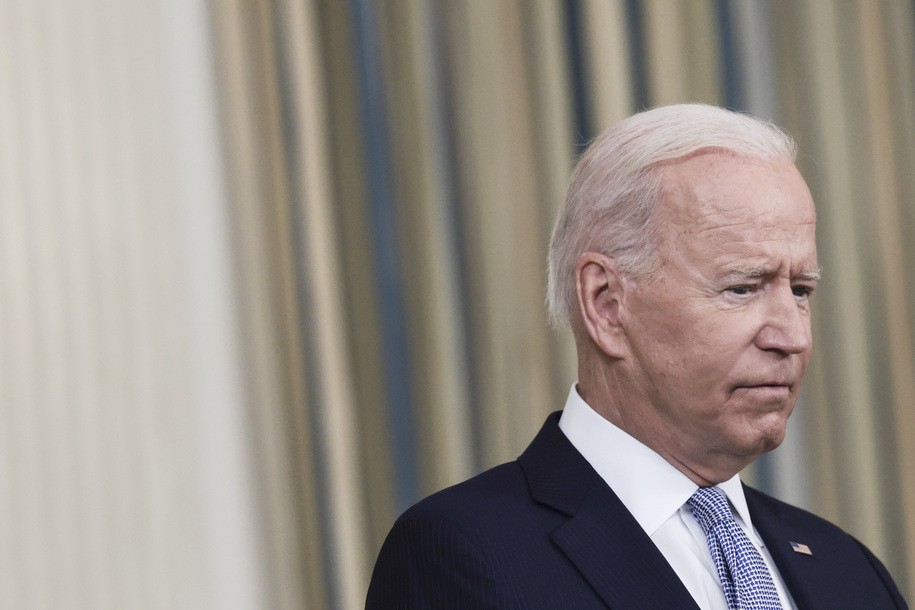 The Democratic Sabotage Squad in Congress has a lot to answer for as they continue to fight to shrink President Joe Biden’s economic and social agenda as wrapped up in the budget reconciliation bill being negotiated now—negotiated entirely by responsible Democrats who remain at a loss as to what the conservatives really want. That’s because the conservatives mostly aren’t saying. They aren’t willing to make decisions about which program gets whittled down to irrelevance or chopped entirely.

That comes with consequences. Real ones for real people.The New York Times profiled some of them this week. People like Jennifer Mount, “a home health care aide, worries that means she will not get the raise she needs to pay more than $3,000 in medical bills for blindness in one eye.” And Edison Suasnavas, “who came to the United States from Ecuador as a child, has grown anxious about the administration’s efforts to establish a pathway to citizenship, which he hoped would allow him to keep doing molecular tests for cancer patients in Utah without fear of deportation.”

They talked as well to Amy Stelly, who lives next to a freeway in New Orleans, one of those neighborhoods carved up by previous development schemes and inundated with the pollution that comes with an interstate highway. “You come up and live next to this,” Ms. Stelly offered those Democrats who are willing to sacrifice Biden’s efforts to reconnect communities of color ripped apart by previous infrastructure projects. “You live this quality of life. We suffer while you debate.”

Mount, the home health aide needs the raise and the professional elevation Biden’s plan to expand those services would bring. “I have to make a choice: Do I go to the grocery store or pay my mortgage? Do I pay my water bill or pay my electric bill? […] With that, retirement looks B-L-E-A-K, all uppercase. What do I have there for retirement?” She also had hopes for her 6 grandchildren’ education, the possibility that they could get two years of community college free. With that looking doubtful, she’s not happy. “That’s politics from on top,” she said. “At times, they always seem detached.”

Suasnavas has been living in the U.S. since he was 13, and now works as a medical technology specialist. He has a 6-year-old daughter and 2-year-old son. He would have to leave his job and his children if a path to citizenship is not, finally, granted for him and fellow immigrants. “We’ve been having the hopes that politicians in Washington—Democrats and Republicans—will see not only the economic impact we can bring to the country but also we’re still people with families,” Suasnavas told the Times. “Our hearts have been broken so many times that it feels like another wound in your skin.”

It’s well past time that Democrats finally deliver for these and all the other people they’ve been making promises to, those people who they assume are just going to keep showing up to vote. “They’re going to show up again. They’re going to do it again,” as Biden asserted back in July, when he insisted that the filibuster didn’t been to be abolished to stop Republicans from the extreme voter suppression laws they’ve been enacting.

Instead what do they see? Arizona Sen. Kyrsten Sinema, jetting off to Paris to raise money for her campaign war chest. Never mind if Sinema has any idea just how insulting and obnoxious that is to the people who got her elected—do the rest of the Democrats see that? Do they have any sense just how disconnected they seem?

The need to talk to W. Mondale Robinson, founder of the Black Male Voter Project in Atlanta, Georgia. “I think the frustration is at an all-time high, and Biden can’t go to Georgia or any other Black state in the South and say, ‘This is what we delivered in 2021,’” Robinson toldThe Washington Post. He estimates his group reached 1.2 million Black men in Georgia in 2020, getting them to the polls. “Black men are pissed off about the nothingness that has happened. […] Does it make the work harder? It makes the work damn near impossible.”

When the Pew Research Center finds Biden’s approval rating with Black voters falling from 85% in July to 67% in September, from 72% to 56% among Hispanics, and 68% to 54% among Asians, that disconnect and that anger is quantifiable. Oh, and on the abortion rights bill that can pass the Senate because of the filibuster? Biden’s approval rating with women has dropped from 57% in July to 45% in September.

The suffering and the discontent and the anger is all real and all justified. And it has to be answered. It’s time that Sinema and Manchin were reined in, with all the power that Schumer and Biden carry over their political lives.