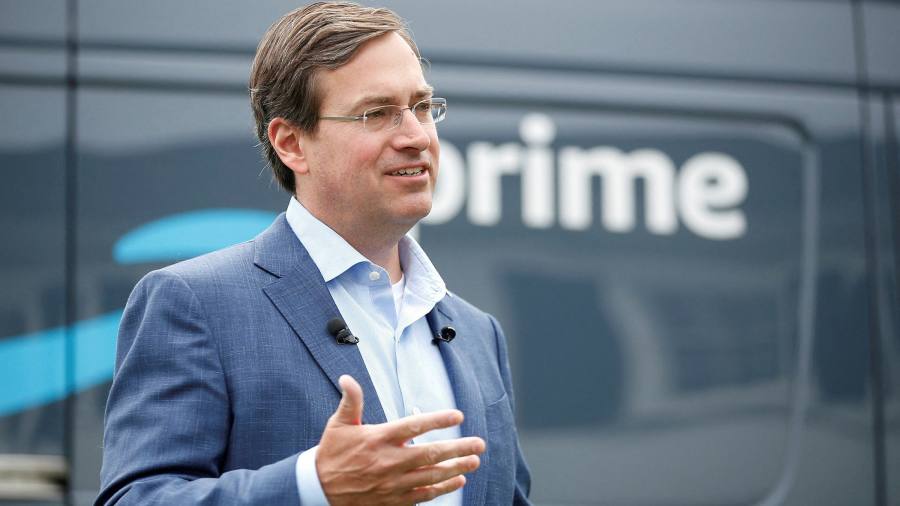 Dave Clark, one of Amazon’s longest-serving executives and architect of its sprawling logistics network, is resigning after 23 years at the company.

Clark will step down as chief executive of Amazon’s worldwide consumer business on July 1, according to a regulatory filing on Friday. It did not name a replacement.

In a statement sent to staff and posted on Amazon’s corporate blog, chief executive Andy Jassy said he would have more information on a succession plan “over the next few weeks”. The group’s share price fell roughly 2 per cent during mid-day trading on Friday.

During his tenure, Clark oversaw Amazon’s online store, building out the network of warehouses, delivery vans and aircraft used to give the ecommerce giant its edge on delivery speeds — the linchpin of its Prime membership programme.

More recently, however, that network has become a focal point for criticism of the company over worker injury rates and its handling of attempts among employees to unionise. It has also been at the centre of political scrutiny over claims of anti-competitive behaviour.

While the company was heralded for its pandemic response, investors have been shaken by elevated costs in the face of rising inflation and supply chain challenges.

In its most recent quarterly earnings report, Amazon said sales at its online stores segment fell, and its overall operating income came in well below Wall Street’s expectations.

Amazon also recently admitted that after two years of unprecedented aggressive hiring, which at one time had as many as 1.7mn employees on its payroll, the company was now overstaffed and saddled with too much warehouse space.

Its bloated worker base, and associated losses in productivity, cost the company an additional $2bn in operating costs in the last quarter.

Jassy noted Clark’s contribution to the company’s growth in his message to staff, and heralded his leadership over “the most challenging and unpredictable” period in Amazon’s history.

He added: “We still have more work in front of us to get to where we ultimately want to be in our consumer business. To that end, we’re trying to be thoughtful in our plans for Dave’s succession and any changes we make.”

Clark said in his own note to staff, which he shared on Twitter, that he would leave the company with a “solid multiyear plan to fight the inflationary challenges we are facing in 2022”.

“For some time, I have discussed my intent to transition out of Amazon with my family and others close to me, but I wanted to ensure the teams were set up for success. I feel confident that time is now,” he wrote.

Clark was among the top executives scrutinised by shareholders at the company’s recent annual meeting. Executive pay packages received support from just 56 per cent of investors, compared with 81 per cent the prior year.

The resignation is the second high-profile Big Tech executive departure in as many days, following Meta chief operating officer Sheryl Sandberg’s announcement she would be leaving the company.

Both resignations come amid a broad stock sell-off in the sector, with Meta’s share price down more than 40 per cent since the start of the year, and Amazon’s off about 28 per cent.