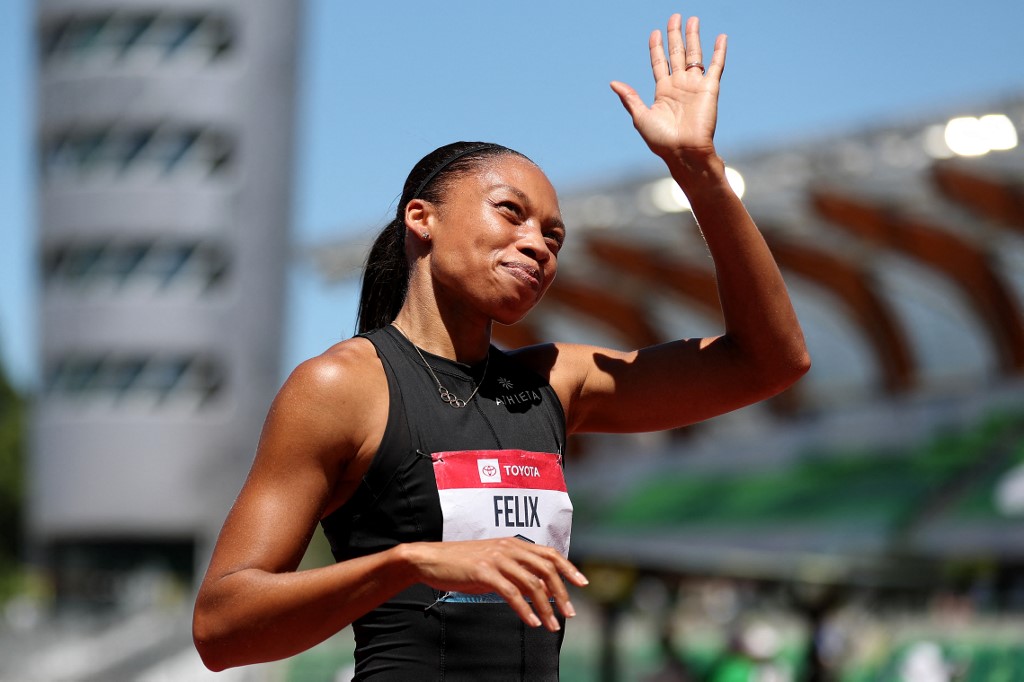 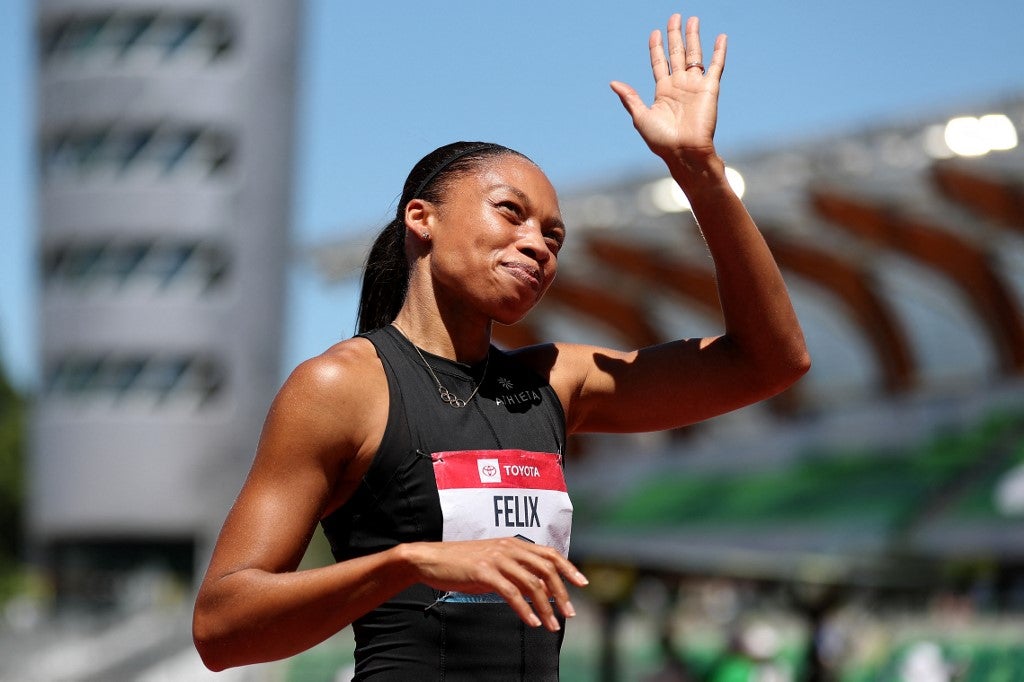 Allyson Felix reacts after finishing in sixth place in the women’s 400 meter final during the 2022 USATF Outdoor Championships at Hayward Field on June 25, 2022 in Eugene, Oregon. Steph Chambers/Getty Images/AFP

EUGENE, Ore. – There was a bit of sadness as legendary sprinter Allyson Felix stepped off the track on Saturday after her final US championships.

“But I think more than anything this season showed me that I have no doubts about walking away,” said America’s most decorated track and field athlete who is nearing the end of 19 amazing seasons.

“There is nothing left that I have to do,” Felix, 36, said. “For the first time in me, I didn’t feel I had that fight in me, and that’s who I am. And when I felt that I knew there was nothing left to do but be grateful and watch all these amazing athletes.”

The concluding US championship race came in the women’s 400 meters final with Felix taking sixth in 51.34 seconds.

“I think I could be in good position for a maybe mixed relay, the Californian said of the upcoming world championships at the same Oregon track in July.

The US team will likely be named in early July, with Felix in line for her 10th world championship team to go with five Olympics.

Yet the weekend had bittersweet moments for the winner of 11 Olympic medals and 18 world championship honors.

The US Supreme Court overturned the legal decision Roe v. Wade, which had guaranteed American women the constitutional right to an abortion, on Friday morning before Felix ran in the women’s 400m semifinals.

” I think any time women’s rights get taken away, it’s a sad day,” Felix said on Saturday.

A fierce advocate for the rights of women since the birth of her daughter in 2018, Felix said “I will always fight for women and always will stand on that decision. It was very unfortunate.”

A final street race in Los Angeles in early August will close out her running career.

Then Felix, who has begun her own apparel and shoe company, will turn her attention to raising her daughter and spending more time advocating for causes she is passionate about.

“To step right into that means so much to me,” Felix said.