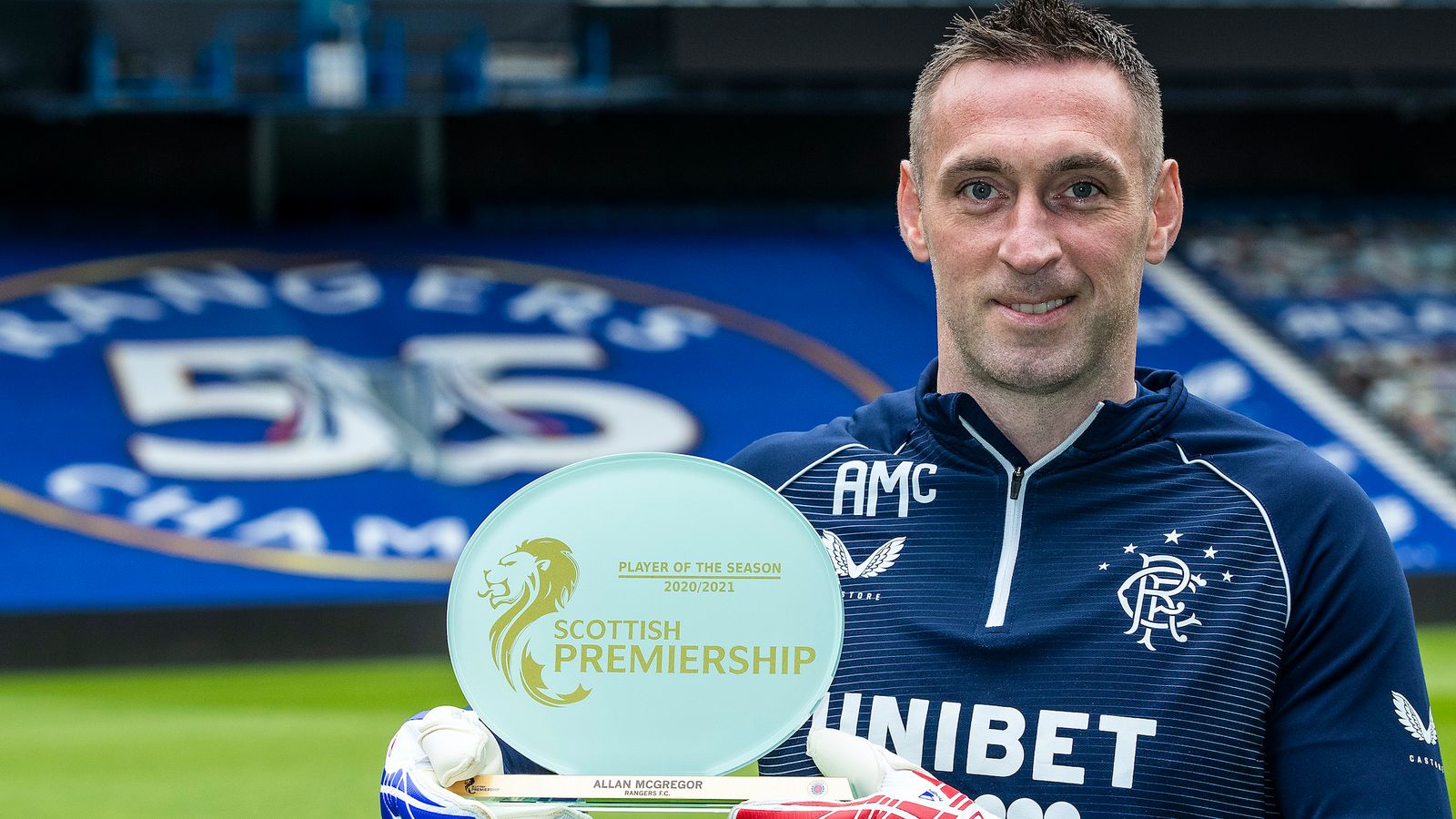 Rangers goalkeeper Allan McGregor has been crowned SPFL Player of the Season 2020/21.

The 39-year-old, who returned to Ibrox for a second stint in 2018, has played a vital role in Rangers’ first title-winning season since 2011, keeping 16 clean sheets in the Scottish Premiership.

McGregor, who signed a fresh deal with Rangers in April to extend his stay for another 12 months, has made 420 appearances for the Glasgow club since making his debut in 2002.

Rangers boss Steven Gerrard, who was named SPFL Manager of the Season, admits many members of his squad were deserving of the prize, but was full of praise for the veteran goalkeeper’s impressive form this season.

“I think there were other names that would have been in the running from our point of view, I think we’ve had some real consistent performers across the season,” said Gerrard.

“But I can’t argue against the decision for Greegsy, he’s been magnificent for me.

“He’s put in some world-class performances and some of the saves I’ve seen him make this season I haven’t seen him make before so thoroughly deserved and I’m really pleased for him.”

Rangers defender Connor Goldson says no one is more deserving of the award than McGregor, whose work rate “is a real inspiration for every single player here”.

“He deserves it. He’s saved us so many times and it’s a pleasure to have such a great goalkeeper behind us – two goalkeepers behind us, you saw Jon McLaughlin in the week and I think that pushes Greegsy even more,” said Goldson.

“At his age, it would be so easy to take his foot off the gas and just wait for games of football, but as soon as he walks on to the training pitch he’s the same Greegsy you see every game day and that’s such a special thing as a footballer and there’s no wonder he’s had the career that he’s had.

“He’s still doing it to this day because of the way that he works on a day-to-day basis.

“He’s always the first person in the gym doing his programme and is always one of the best trainers. I think he deserves it more than anyone because of the work he puts in day to day.”