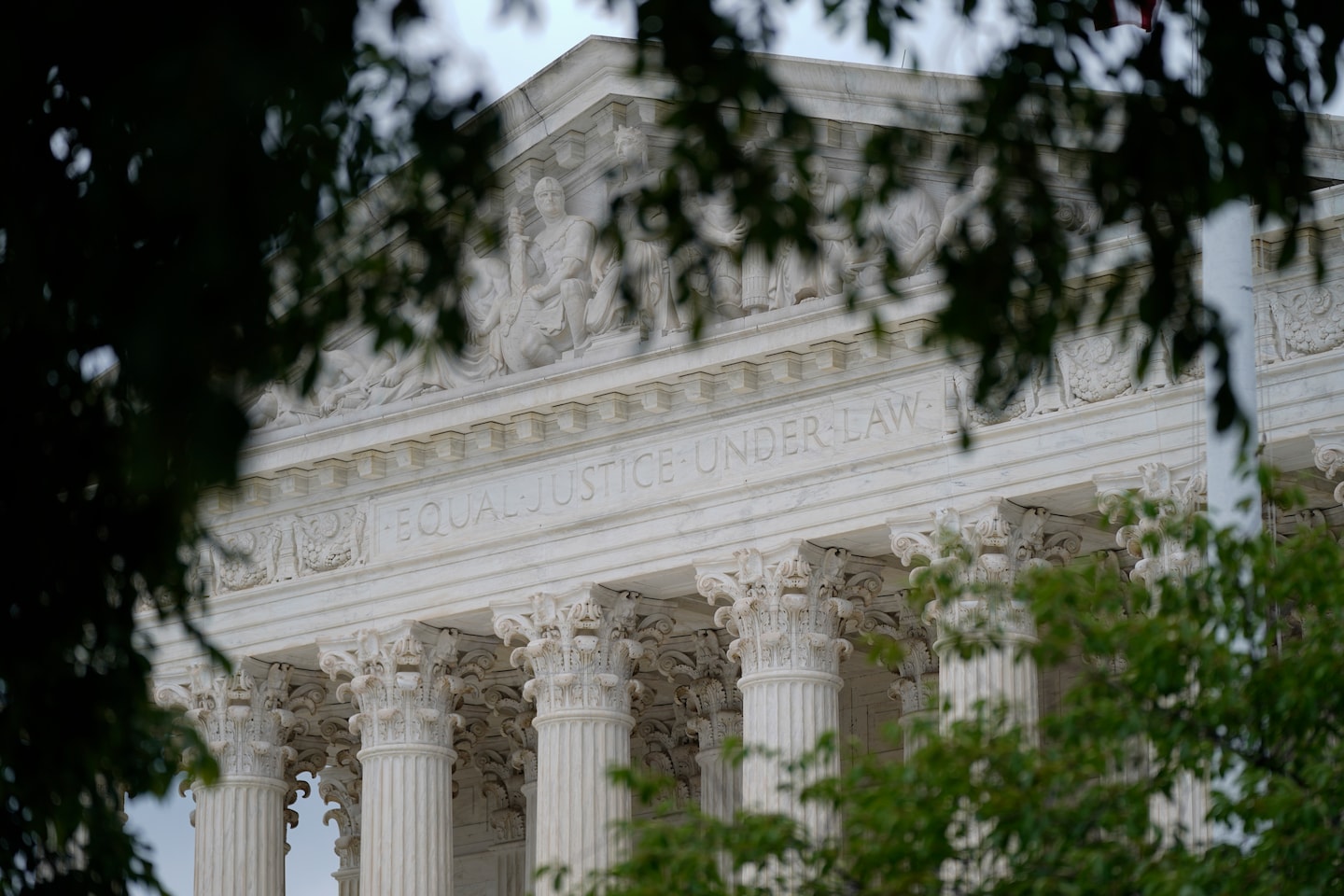 “It is time to heed the Constitution and return the issue of abortion to the people’s elected representatives,” Justice Samuel Alito wrote in Dobbs v. Jackson. With these words, he cast the majority decision to overturn Roe and Casey as a win for democracy, political freedom and states’ rights.

About abortion itself, the majority decision acknowledges, there is deep dissent across the land, with no prospect of consensus and a modern Solomon’s baby that prevents compromise. Absent a literal right to abortion in the text of the Constitution, Alito opined, it must be up to what he revealingly named the “citizens” of each state to decide whether or under what conditions abortions shall be legal within them. The mistake of Roe, he insists, was the Court’s usurpation of a decision rightly belonging to “democratic branches of government.” But the sleight of hand in Dobbs is to then identify these with state legislatures and governors, not Congress and the president. Democratic representation is achieved provincially, not nationally; it is found only in states, not the nation state.

This is the move that makes the Dobbs decision more than a gut punch to women’s equality and freedom, more than a triumph for a religious minority, and more than a clarion call about future reactionary decisions to come. Above all, Dobbs further entrenches states’ rights as a powerful weapon of minority rule in what we sloppily call the “culture wars” today. It enshrines states as sites of democratic self-determination and bulwarks against federal overreach. If “citizens” of Mississippi don’t want to tolerate commitments to universal equality that happen not to have been named by the framers three centuries ago, that is their right. If they don’t want to regulate guns or Christian iconography in civic spaces, that’s okay. If they want to severely restrict public school curriculums and pedagogies, or curtail public protests, that too is up to them. If they want to codify biological sex as gender, fine.

We already know from his concurring opinion that Justice Clarence Thomas views Dobbs as a path to rescinding federal sexual and gender equality laws, including those securing same-sex marriage and access to contraception, which would also return these matters to individual states to decide. But imagine how this Court majority might have dealt with segregation 60 years ago when states’ rights were invoked to protect Jim Crow in the South. With regard to originalism, not only did several of the framers and many of the signers of the Constitution hold enslaved people, but as with abortion, it happens that bus seats, train cars, lunch counters, hotel rooms, pools and drinking fountains and, above all, schools, are unmentioned in that document.

Moreover, the Tenth Amendment explicitly reserves to the states the establishment of public education — it is not a constitutionally protected right. Why, then, would unequal access to these things, especially in a nation divided about the morality of segregation, have led the current Supreme Court majority to mandate integration as a matter of federal equality law, rather than leaving this issue up to states?

In his 1963 inauguration speech, Alabama Gov. George Wallace infamously “dr[e]w a line in the dust and toss[ed] the gauntlet before the feet of tyranny” to defend “segregation now, segregation tomorrow, segregation forever.” Wallace’s tyrannical beast was the federal government; freedom depended on protecting local ways of life against federal equality mandates; states’ rights were the explicit tool of this protection.

Today, conservative defense of traditional hierarchies against equality, neoliberal hostility to regulation and centralization, theological suspicion of secular rule, and a steroidal form of religious liberty are braided together in a Supreme Court jurisprudence that is a worthy successor to Wallace’s “line in the dust.”

Wallace’s ghost, however, is a reminder of something else. Alito’s suggestion in Dobbs, that democratic representation is greater in states than in the nation as a whole, depends on a mythical figure of state populations as largely united in their interests and beliefs. This figure is founded in both rhetorical and substantive exclusion of minority voices, just as Wallace’s defense of segregation as “our” way of life was premised on excluding those subordinated and violated within that way of life. For those like the segregationists or the Dobbs majority, who are attempting to resist or dismantle equality, identifying states with true representation and states’ rights as a defense against tyranny inevitably consolidates the power of the already powerful within individual states. Nowhere is this more obvious than in the predicament for women now wanting abortions in states that have criminalized them.

It is also no surprise that while the Court is supposedly turning democracy back to the people in Dobbs, most of the states exalting over this decision are busily de-democratizing themselves by gerrymandering and restricting voting rights in order to restrict minority representation and powers. More than turning a blind eye to these de-democratization strategies, this Supreme Court is actively abetting them. In an earlier decision this season, Merrill v. Milligan, the Court allowed Alabama to use congressional redistricting maps aimed at depowering black voters, maps that a federal court had already deemed illegal, in violation of the Voting Rights Act. The Supreme Court did not bother overturning the federal court decision, just left it lying in the dirt as it gave the green light to Alabama’s redistricting plan.

The language of democracy, freedom and self-determination is always at risk of being turned to exclusionary or imperial purposes, or of legitimating woefully inegalitarian social orders. Indeed, since its birth in imperial, colonial, patriarchal and slave-based Athens, democracy has carried this painful legacy. It is up to the uncounted, undercounted and unemancipated to expose weaponizations of democracy and freedom by the powerful and for the few — and to reclaim them for the many. This Supreme Court has thrown down that gauntlet.