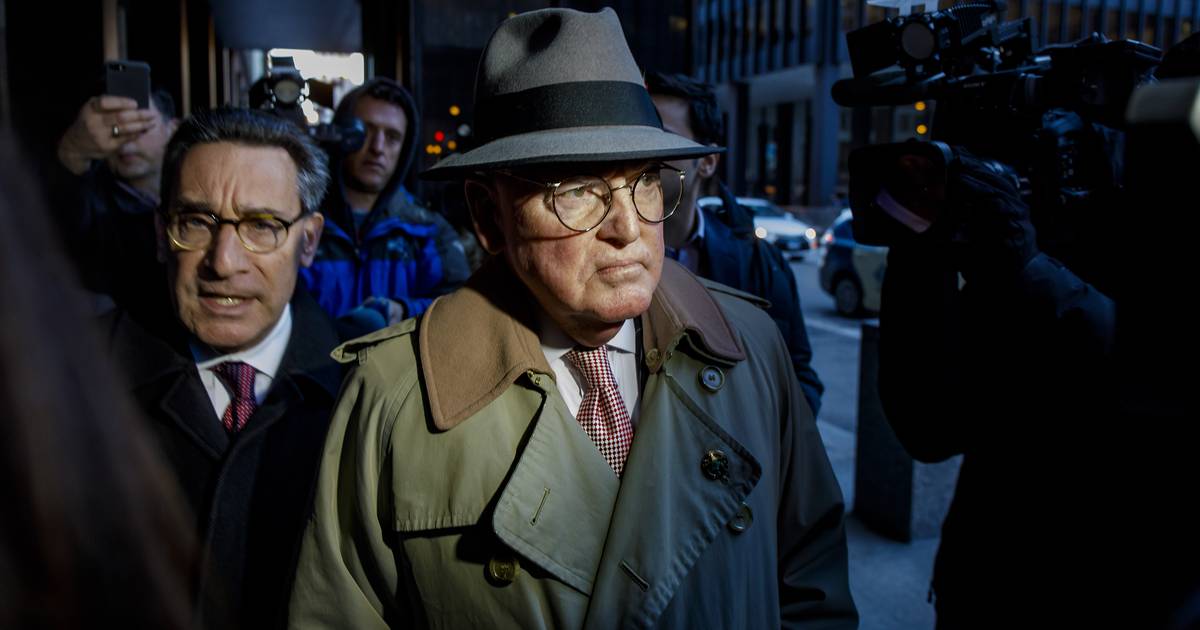 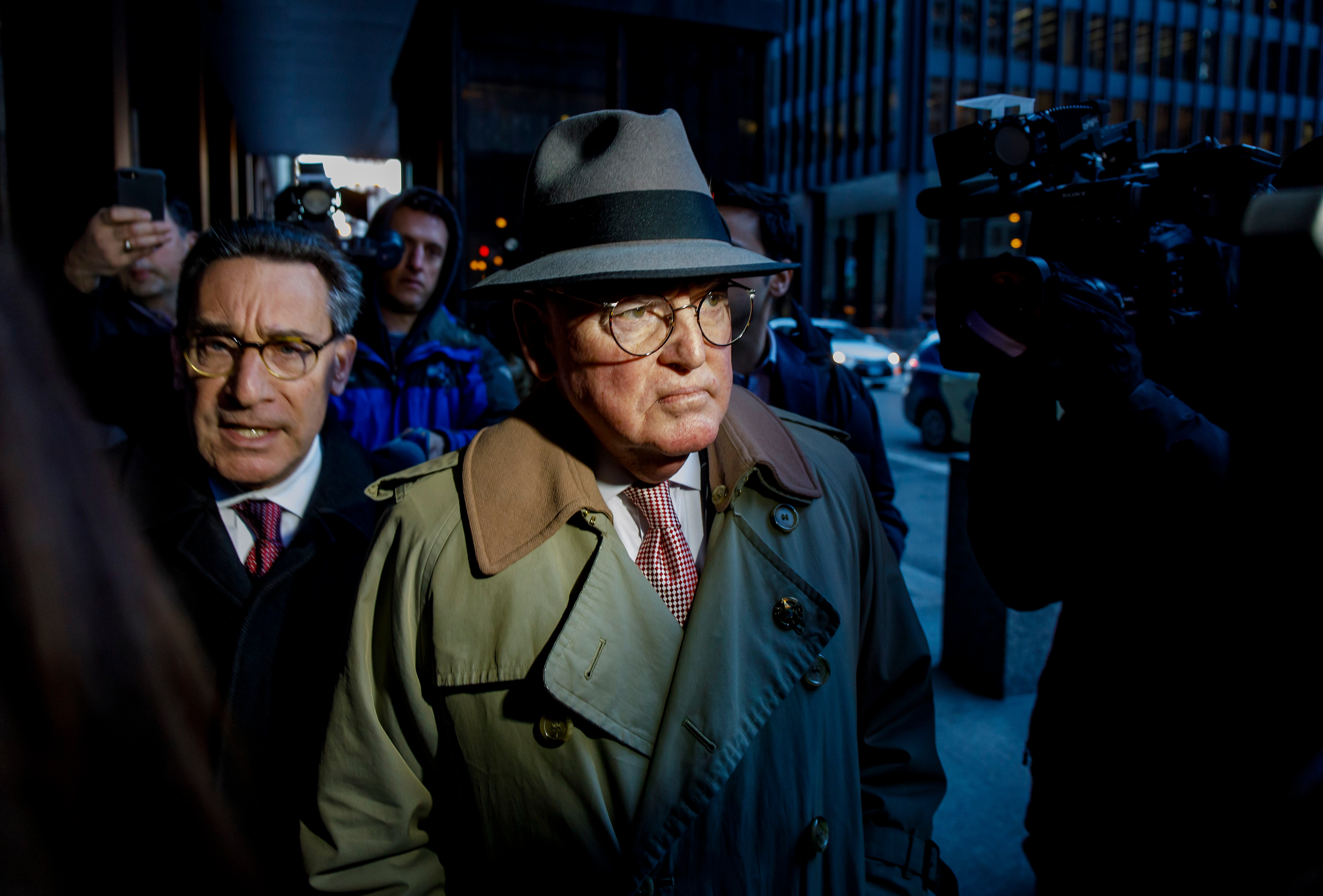 A federal judge on Monday ruled against Ald. Edward Burke and his co-defendants in a slew of pretrial motions seeking to suppress evidence and toss certain charges in his racketeering indictment, putting the case on track for a trial next year.

The long-awaited, 194-page ruling by U.S. District Judge Robert Dow handed a clean sweep to prosecutors after nearly two years of back-and-forth legal briefs that delved into the hundreds of wiretapped phone calls at the heart of the case.

It also means that Burke, whose current term on the City Council seat ends in May, could be facing a jury at the same time he’s seeking reelection to the 14th Ward seat he’s held since 1969. Though a trial date has not been set, the judge has previously said a trial would likely come next year since his calendar is backed up due to pandemic protocols.

Burke’s attorneys argued in a motion filed in August 2020 that evidence gleaned from the wiretaps on Burke’s cellphone and City Hall offices, which allowed the FBI to monitor thousands of conversations the alderman had over the course of nearly a year, should be suppressed.

They accused prosecutors of directing then-Ald. Daniel Solis, who was secretly cooperating in the investigation, to have “scripted interactions” with Burke and lie to curry favor with the government. At the time, Solis himself had been recorded “committing a number of different crimes,” the motion stated.

But Dow said in his ruling that Burke’s arguments “largely go to the strength of the evidence, not the sufficiency of the indictment and wiretap application.” It will be up to the jury to assess whether the government has proven the allegations beyond a reasonable doubt at trial, Dow said.

Dow also said prosecutors had sufficiently charged Burke under the federal bribery statute, and that numerous statements Burke allegedly made on the recorded calls — such as threatening to withhold assistance to a developer because “the cash register has not rung yet” — could be construed as a quid pro quo.

The judge also denied attempts by Burke’s lawyers to bar comments the alderman made on wiretaps about Jewish lawyers, saying the potential relevance of the evidence to a jury “outweighs Ald. Burke’s risk of embarrassment.”

Burke, 78, was originally charged in a criminal complaint in January 2019. He was indicted four months later on 14 counts including racketeering, federal program bribery, attempted extortion, conspiracy to commit extortion and using interstate commerce to facilitate an unlawful activity.

The 59-page indictment outlined a series of schemes in which Burke allegedly tried to muscle developers into hiring his law firm, Klafter & Burke, to appeal their property taxes. Among the projects Burke tried to capitalize on was the massive $800 million renovation of the post office in the West Loop, according to the charges.

Also charged was Burke’s longtime aide, Peter Andrews, who was accused of assisting the alderman in attempting to shake down two businessmen seeking to renovate a Burger King restaurant in the 14th Ward.

The indictment also accused developer Charles Cui of hiring Burke’s law firm in exchange for the alderman’s help with a sign permit and financing deal for a project in the Portage Park neighborhood.

All three have pleaded not guilty.

Most of the recorded conversations that form the backbone of the allegations had already been revealed in previous court filings.

In his ruling, however, Dow shed the redactions that had kept certain names under wraps. In one such passage, Dow quoted from a recorded meeting in October 2016 between Burke, Solis, and Harry Skydell, the head of the New York development company in charge of the post office renovation.

During that conversation, which Solis recorded with a hidden wire, Skydell voiced concern about potential issues with Amtrak as the project moved forward. But Burke put his mind at ease, saying he was “close, personal friends” with an Amtrak board member whose daughter Burke had helped become a Cook County judge.

“One of the members of the board of Amtrak is a guy by the name of Jeff Moreland,” Burke said, according to Dow’s ruling. “He is a presidential appointee to the Amtrak board. … We made his daughter a judge here, in Cook County. And I know if you ever run into a problem there, Jeff can be helpful.”

“Everybody’s that’s anybody knows one another and generally speaking, everybody gets along,” Burke allegedly said.

Moreland’s daughter, Caroline Kate Moreland, a former Cook County prosecutor, was first appointed as judge in 2010 to fill a vacancy, records show. Two years later, she stepped aside in a race against the Democratic Party-favored candidate and instead accepted another judicial appointment.

Supreme Court Chief Justice Anne Burke, the alderman’s wife, was on the high court both times that Moreland was appointed. It is unclear if Justice Burke had a role in the appointments.

Moreland told the Tribune in 2012 that her withdrawal from the race was a “personal and political decision.”

Moreland ran with the Democratic Party’s backing for circuit judge in 2014, part of a judicial slating process that at the time was largely controlled by Ald. Burke, records show. She was elected and was retained by voters in 2020. She’s currently assigned to the Chancery Division. Attempts to reach her Monday were unsuccessful.

In their attempt to suppress the wiretapped calls, Burke’s attorneys argued prosecutors “recklessly and intentionally” withheld in the Title III wiretap application that they had used a “desperate” Ald. Solis to try to catch Burke committing a crime.

“The government did not disclose that it instructed a desperate (Solis) to record his conversations with Ald. Burke, even though (Solis) told the government that he had no knowledge of Ald. Burke ever having been involved in corrupt activity in the 25 years they served together on the City Council,” their motion stated.

Burke’s lawyers alleged that despite Solis’ best efforts, Burke never agreed on tape to provide any official action in exchange for private business.

But Dow said the affidavit submitted by prosecutors asking for judicial approval of the Burke wiretap “contained an overwhelming number of facts to support the notion that Ald. Burke was attempting to solicit (the post office developer) indirectly and directly in exchange for official acts.”

Dow noted that Burke had Solis arrange an in-person meeting with Skydell during which he “personally recommended his law firm” for tax reduction work.

Burke followed up with Solis numerous times about Skydell’s plans to hire the alderman’s law firm and seemed to grow sour after learning they hadn’t done so, at one point telling Solis “if we’re not signed up, I’m not going to do any lifting for this guy,” according to Dow’s ruling.

“Time and again, the affidavit describes Ald. Solis articulating a possible tit-for-tat between the aldermen and Skydell, and facts from which it is possible to infer Ald. Burke ratified that plan,” Dow wrote. “To put it plainly, Ald. Burke should tell it to a jury.”

Dow also denied attempts by Burke’s lawyers to bar potentially inflammatory comments he made on wiretaps about Jewish lawyers and Skydell.

“Well, you know as well as I do, Jews are Jews and they’ll deal with Jews to the exclusion of everybody else unless … unless there’s a reason for them to use a Christian,” Burke allegedly said to Solis, referring to the owner of the development company heading up the post office project.