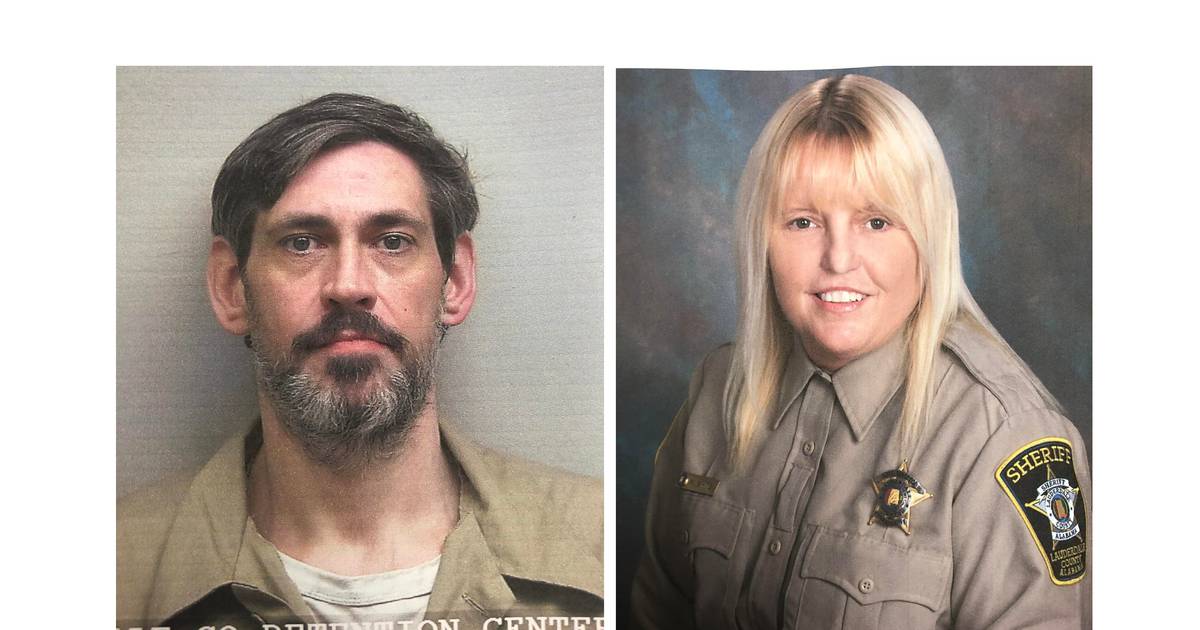 The US Marshals Service offered a reward up to $10,000 Sunday for information on an Alabama corrections officer who went missing while she said she was taking an inmate to the county courthouse.

Vicki White, the 56-year-old assistant director of corrections for Lauderdale County, checked inmate Casey White, no relation, out of jail around 9:30 a.m. Friday and said she was taking him to the Lauderdale County Courthouse for a mental health evaluation, then was going to seek medical attention for herself because she wasn’t feeling well.

But there was no court appearance scheduled and no medical appointment, Lauderdale Sheriff Rick Singleton said Saturday.

“The question is: did she do so willingly or was she coerced into doing it by inmate White by threatening her and/or her family or other means,” the Lauderdale County sheriff’s office said in a statement.

Casey White, 38, was charged with two counts of capital murder in September 2020 for the murder-for-hire stabbing death of 58-year-old Connie Ridgeway and confessed; he was awaiting trial when he vanished.

He was already serving 75 years in prison for a 2015 multi-state crime spree that began when he showed up at his ex-girlfriend’s house with two guns, according to AL.com. She fled, as did two men inside the house, but White fired multiple times anyway, killing a dog. Police also found two children, uninjured. White fled on foot, then stole a car and later tried to carjack a semi. He also fired repeatedly into a woman’s car when she refused to get out; she was injured but survived. Eventually, after a standoff with police, he surrendered.

Casey White was denied a request to stay at the Lauderdale County Jail instead of going back to prison in October 2020 after investigators found a makeshift knife in the showers and believed he was going to force someone to help him escape, WAFF reported at the time.

Vicki White’s 2013 Ford Taurus patrol car was seen in a shopping center parking lot Friday morning, but surveillance footage did not show either her or Casey White, according to the sheriff’s office.

“Knowing the inmate, I think she’s in danger whatever the circumstances,” Singleton said Friday, calling Vicki White an “exemplary employee.”

“He was in jail for capital murder, and he had nothing to lose. Whether she assisted him or not we don’t know, and we won’t address that until we have absolute proof that that’s what happened. We are assuming at this point that she was taken against her will unless we can absolutely prove otherwise. But regardless, even if she did assist him, we think she’s in danger.”

Because Vicki White was carrying a 9mm handgun, authorities are considering Casey White armed and dangerous.

Casey White is listed at 6′9″ and 260 pounds, with brown hair and hazel eyes.

Vicki White is listed at 5′5″ and 160 pounds, with brown eyes and blond or strawberry blond hair.

Anyone who sees either is urged not to approach them but instead call the US Marshals Service’s Communications Center at 1-800-336-0102.