Al Horford sensational in NBA Finals debut with Celtics: ‘I’ve been waiting for this moment’ 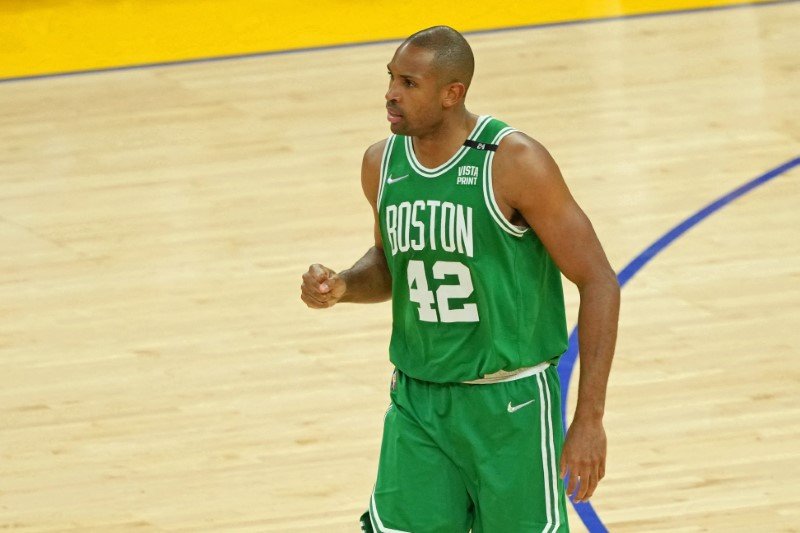 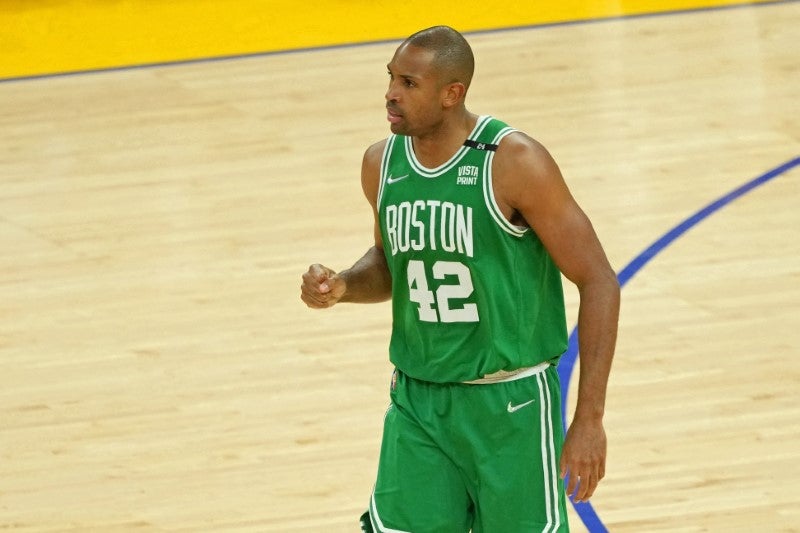 Jun 2, 2022; San Francisco, California, USA; Boston Celtics center Al Horford (42) reacts after a play against the Golden State Warriors during the second half of game one of the 2022 NBA Finals at Chase Center. / Darren Yamashita-USA TODAY Sports

SAN FRANCISCO—Veteran center Al Horford made the most of his NBA Finals debut on Thursday, scoring 26 points and making six three pointers to lead the Boston Celtics to a stunning come-from-behind road win in Game One on Thursday.

The 36-year-old native of the Dominican Republic joined the league in 2007 and despite five All-Star appearances and a slew of awards, a trip to the Finals has long eluded him.

“I’ve been waiting for this moment,” Horford said after the 120-108 win over the Warriors in San Francisco.

“I know it’s different but I played on a similar stage in college and in those types of games, I just felt comfortable out there,” said Horford, who won two NCAA championships at the University of Florida.

“One way or another he’s going to figure it out. We put a lot on him and he delivers, that’s what he does.”

“And I wanted to project that to the group. I wanted to make sure that our guys came out here and played free. I wanted them to understand that this is just a game, so just go out there and have fun.”

Horford credited his teammates for not giving up despite trailing by 12 points coming into the final frame against a team that had not lost at home all playoffs long.

The team made a combined 21 three pointers and five Celtics finished in double digits to take a 1-0 lead in the best-of-seven series, which continues with Game Two on Sunday.

“Just excited to be able to share this stage with this group of guys,” Horford said.

“We have a lot of great guys here, guys that have really bought into what we’re trying to do.

“It’s just fun to see all that come together.”