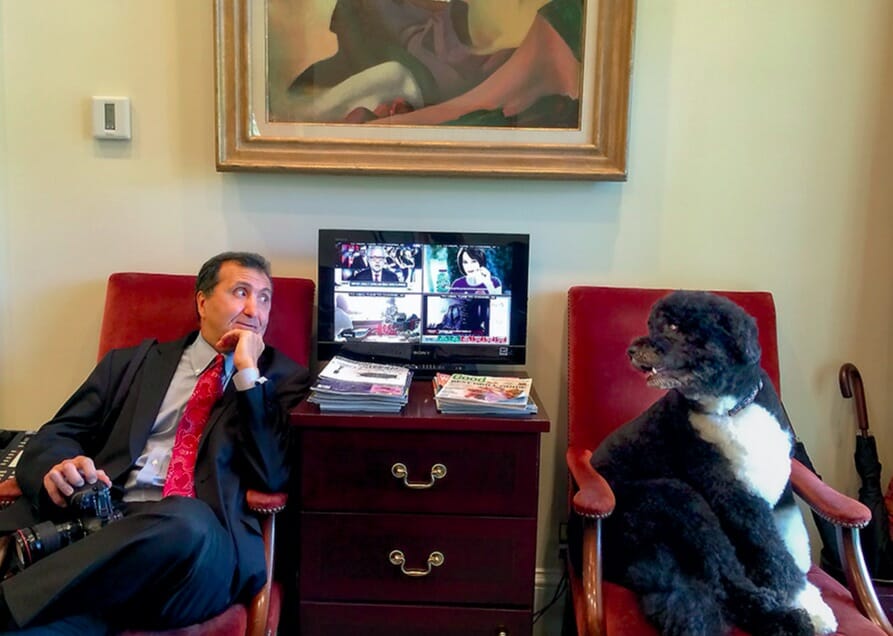 Pete Souza was 9 years old when a family vacation brought him from South Dartmouth, Massachusetts to Washington, D.C. — where his parents bought him a copy of The White House as a souvenir of their visit. The book, produced by the White House Historical Association, featured an introduction by then-First Lady Jackie Kennedy, who said she hoped the contents would, “stimulate children’s sense of history and their pride in their country.” Little did she know it would change a life.

“I’m not sure how much of the guidebook I actually read,” says Souza, the son of a nurse and a boat mechanic. “But I distinctly remember looking at the photographs all the time. I was fascinated by them.”

Since then, the lensman has become a subject of fascination, thanks to his best-selling books, Obama: An Intimate Portrait and Shade: A Tale of Two Presidents; the 2020 documentary film The Way I See It, about his life as a photographer; and the Instagram feed where his searing commentary on the importance of having someone with empathy and dignity in the office of the Presidency earned him millions of followers.

His latest book, The West Wing And Beyond: What I Saw Inside The Presidency (Little, Brown and Company, 256 pages), focuses on the people, processes and traditions that define our nation’s highest office as seen from the perspective of someone who spent more than 25,000 hours inside the presidential bubble.

In advance of his keynote address at the Decatur Book Festival this Friday, Souza shared his thoughts on staying the course despite the grind; enduring ties formed on the job; and the unsung heroes he met along the way.

The festival will host 16 panels of authors on Saturday, including former television news anchor John Pruitt, Atlanta Journal-Constitution editorial cartoonist Mike Luckovich, AJC writer Ernie Suggs, Vanessa Riley, Carmen Deedy and others. There will be panels on travel, graphic novels, children’s books, social justice and historical fiction. The festival, presented in partnership with Emory University, started in 2006 and has grown into one of the largest independent book festivals in the country.

Souza’s book talk is sold out, but signed copies of The West Wing & Beyond are available for preorder through A Cappella Books.

ArtsATL: Your snapshot of Nicholas Tamarin (whom you photographed again a few years later when he snagged President Obama in his spidey web while trick-or-treating at the White House) toddling into the Oval Office illustrates the gravitas of the space and the gravitational pull of President Obama. Did you observe stark contrasts between the way people entered the room and engaged the President based based on the visitor’s age?

Pete Souza: Not particularly on age. This entrance was primarily where the staff entered the Oval before a meeting. Sometimes family members of the staff who were stopping by to meet or greet the President would also use this entrance. The contrast would be more about whether they had ever met him before. Regardless of age, people meeting him for the first time would be more often overcome with emotion. 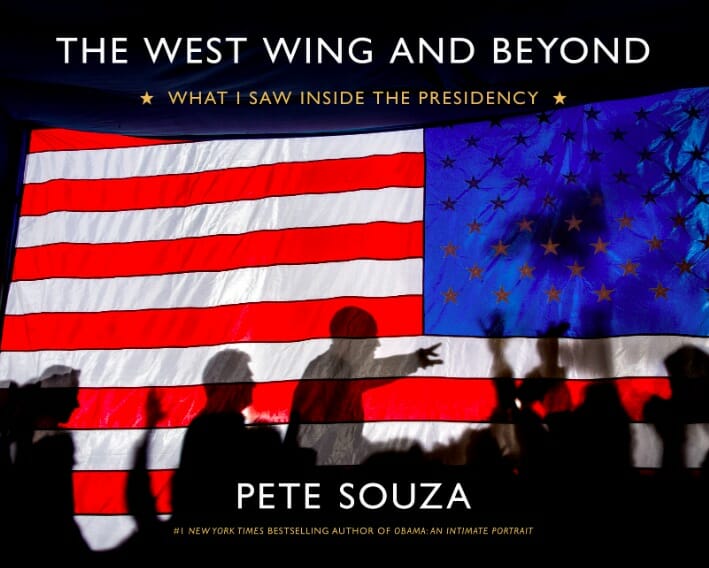 ArtsATL: You have photographed artists, five-star generals, valets, heads of state, pastry chefs and The Boss, among others, at the White House. Were you ever starstruck?

Souza: I was definitely starstruck before I worked at the White House. Not so much during the White House. Some of the so-called “stars” I’ve gotten to know a little bit, some even quite well. Brandi Carlile and The Lumineers have become good friends. Julia Roberts kisses me on the cheek every time she sees me. I’ve received emails and letters from former Prime Ministers. I feel lucky to have connected with so many people directly tied to first meeting them when they visited the White House.

ArtsATL: You spent between 10 and 18 hours a day inside the presidential bubble over 13 years during the Reagan and Obama administrations. What motivated you to stay the course? What do you miss most about the job? What don’t you miss?

Souza: Especially with the Obama administration, I had such good access to, and trust from, the President that there was never any thought of leaving until his last day. My goal was to create the best photographic archive of a president that had ever been done; you can’t do that if you’re not there all the time. I do miss the people that I was surrounded with at the White House but I don’t miss the job itself: it’s all-consuming, most physically and mentally.

ArtsATL: Your shoutouts to men like Ed Thomas, the groundskeeper who’s worked at the White House for more than 40 years; and Von Everett, who retired after serving as a butler to six presidents, were among my favorite parts of the book. What is it about their service that you admire most?

Souza: To me, these guys and dozens of others are the unsung heroes of the White House. The two you mentioned, Von and Ed, two Black men who were at the White House for so many years and so many presidents. I’m just glad they were there when the first African-American president was elected.

Review: “The White Chip” dives into addiction with humor and heart