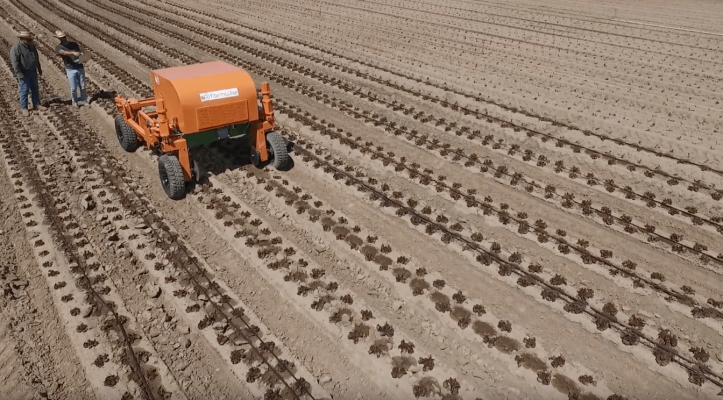 The rest of the startup universe may be struggling to bring in funds, but it’s still a good time to get a robotic raise. Agtech is high on that list. The median age of farmers is 55 years old in the United States, and finding human help is increasingly more difficult of late.

FarmWise has been at this for a while, deploying its autonomous weeding robotics at farms in California and Arizona for the last few years. The Central Californian company says its robots have logged 15,000 commercial hours on vegetable farms, all told, capturing some 450 million scans of crops for its database.

The funding will go toward accelerating the firm’s R&D and rollout of its existing product.

“We started FarmWise with the conviction that farmers should be supplied with cost-effective, sustainable solutions to feed a growing world, and artificial intelligence is the ideal technology to make this a reality,” co-founder and CEO, Sebastien Boyer said in a release. “With rising costs in the agricultural industry, we’re continuing to expand our technology to work with many more farmers.”

The round also finds Fall Line Capital co-founder and managing director, Clay Mitchell, joining its board.