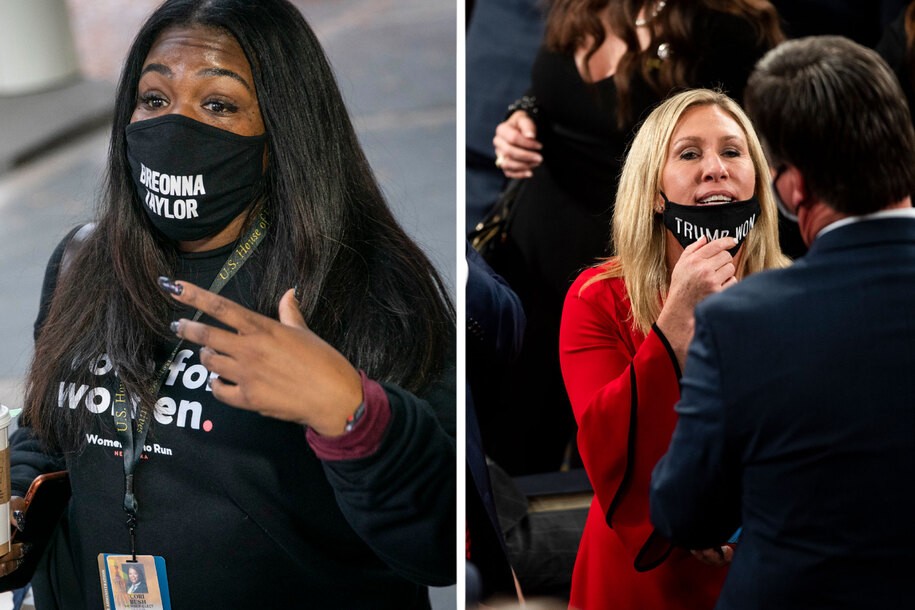 To be clear, the only thing you hear what may or may not be Rep. Cori Bush saying to Greene is that she needs to follow the rules and put on her mask. And she says it once. It’s Greene’s staff that very quickly jumps to being Jesus on the cross, while suddenly having to put on their fucking masks like a bunch of boobs. According to CNBC, Reps. Bush and Greene have—or had—offices on the same floor of the Capitol. According to the news outlet, Speaker Nancy Pelosi has stepped in to reassign Bush’s office to another floor.

Rep. Greene’s continuing presence in the halls of the Capitol building is just another reminder, like Trump, of how bad a democracy can be when it is pumped full of swamp water and corruption.

A maskless Marjorie Taylor Greene & her staff berated me in a hallway. She targeted me & others on social media.

I’m moving my office away from hers for my team’s safety.

I’ve called for the expulsion of members who incited the insurrection from Day 1. Bring H.Res 25 to a vote.

The tweet below with the video attached provides a very succinct example of the cognitive disassociation people like Greene have when it comes to their actions and statements, and their perception of how reality works.

Rep. @CoriBush is the leader of the St. Louis Black Lives Matter terrorist mob who trespassed into a gated neighborhood to threaten the lives of the McCloskey’s.

She is lying to you. She berated me.

Maybe Rep. Bush didn’t realize I was live on video, but I have the receipts. https://t.co/CJjnI3ZTjC pic.twitter.com/ZMLGOGjxKw

Rep. Greene is as guilty as Trump and the rest of the Republicans who have promoted the evidence-free election fraud theories that, combined with Second Amendment paranoia and fear-driven racism, led to the general toxic and violent climate we find ourselves in today. The fact of the matter is that if Marjorie Taylor Greene had not been elected by a hoodwinked and gerrymandered GOP district, she’d likely be dealing with charges of breaking and entering of our nation’s Capitol building, like this Texas realtor.

*To be clear, if the BLM protesters were as scary and violent as people like Greene pretend, the McCloskeys and their two guns would not have been much of a match for the hundreds of marchers.